When someone asks about my experiences in a foreign country, I can safely assume that one of the first five questions will have something to do with women. If the interviewer is a male in the age range of 18 to 35, I can count on, "Dude, tell me about the chicks!" (Conspiratorial nudge implied.)

At the opposite end of the spectrum lies the vernacular used by my mom: "So, did you find any cute girls there?" (Expectant raise of the eyebrow implied.) Sadly, my response almost never lives up to the expectations. 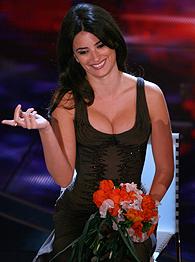 Prior to my recent return to Spain, it had been more than two years since my last trip to Europe. My hopes regarding the female population in my destination were skewed by the psychological phenomenon called recency -- my last European home had been in Russia, which is to attractive girls as fraternities are to insecure males with a tendency toward a Napoleon complex. I had begun to think that the world outside of the U.S. was teeming with tall, blond and slightly malnourished women.

That was an error in judgment.

Most Americans mistakenly believe in the quality of two things Spanish: the food and the women. I attribute the mistake regarding the first to confusion. When faced with a gigantic bowl of random seashells marinating in a rice-filled brine, most people become befuddled. They dig in, thinking to themselves:

Six hours later -- if they're like me -- they find themselves hunched over a toilet bowl, cursing the unwashed hands of whoever was in charge of meal preparation.

The second mistaken belief is the fault of Penelope Cruz. Generally, the Spanish women I've encountered do not look like Penelope Cruz. They look more like a female version of Tony Parker -- short, round-faced and sporting a unibrow. There are, of course, exceptions. But most of those do not live on the island of Menorca.

Soon after my arrival, I realized that I faced terrible obstacles in any quest to have a noncelibate stay in Menorca. But I thought I could outlast the place. I'm nothing if not diligent.

But then I was presented with yet another hurdle -- the language barrier.

It turns out that Spanish people speak  Spanish. And they aren't anxious to change. In fact, because enough of the world shares their language preference, they see no real need to learn more than a modicum of English. It's not like Greece, which contains all of the remaining Greek-speakers in the world. Spanish people know that they'll survive; they will always be able to find a sympathetic ear in Bogota, Buenos Aires or East Topeka.

One would think that the average Spanish girl would be impressed by the lingual efforts of someone like me. I speak enough Spanish to get by, I'm jovial about my mistakes, and I smile a lot. Faced with a foreign woman displaying the same, I would interpret these traits as cute; endearing, even. Evidently, mine is the minority opinion. The looks I receive after a mangled sentence in pidgin Spanish run closer to the "I want you to die" end of the how-I'm-tolerating-your-presence spectrum.

Staring at the long odds caused by my ignorance of Spanish and the shallow talent pool, I resigned myself to a monk-like existence on Menorca. I told myself that a life without sexual distractions would be good for my focus on basketball. Plus, with a steady diet of two-a-days, I didn't really have the time or energy needed for much else.

But on the eighth day, He made myspace.

One of my newly accepted Menorcan myspace friends was a girl who uses the type of picture usually posted by the unattractive -- the one taken from really far away, with the subject's hair partially obscuring her face. In this case, though, my commonly held beliefs regarding picture-selection were confounded. The girl in question showed up at a game, where I picked her out of the pregame crowd. After confirming via cyber-communication that she and distant picture girl were the same person, we arranged to meet.

Thankfully, my new friend's mother was born in England, thus conveying to her daughter a firm grasp of the English language. While we talked over a drink one night, she explained to me why the island of Menorca is gaga for the basketball team. (It's because of an island-wide inferiority complex. Their belief is that Mallorca and Ibiza get all the attention; the only thing Menorca has going for it is a basketball team in the first division.)

A week later, the same -- a short encounter at my apartment. Just talk, nothing more.

I am not nearly the playboy that some would expect me to be. At heart, I am introverted and remain easily confused by women. (Again, degree in mechanical engineering.) Nonetheless, I am a red-blooded, 29-year-old male.

So on our third encounter, after a trip to the beach and after she accepted the invitation to my apartment for a two-hour stopover before that night's session at university, my mind wandered to the naked and frolicsome.

After securing beverages of the decidedly nonalcoholic sort (water), we retired to my couch. Where, like a teenager, I plotted my next move, goaded on by the outline of her bikini under the see-through Hammer pants she was sporting.

It didn't take me long to find a break in the conversation. While her mother is from England, my friend did grow up in Spain. Our discussions involved only a 75 percent comprehension rate. When the opportunity was presented, I leaned in to give her a kiss

From which she visibly recoiled.

My inner dialogue was brief. It read as follows:

As the untoward visions fled from my brain, I asked what had gone wrong. She replied that, while there was one reason to allow the kiss to reach its logical conclusion, there were several reasons populating the opposite camp. Her face turned a little red, and her English failed her.

So I presented her with a laundry list of possible excuses:

"Because you have a boyfriend?"

"Because I'm a hermaphrodite?

"No, actually, that's the one reason to continue."

Note: The third question did not take place. I am not actually a hermaphrodite. Not that there's anything wrong with that.

When her bilingual faculties reappeared, she explained the situation. She was, in fact, in a relationship, and had been for two years.

Boyfriends, I can handle. Relationships have to end at some point. And as my quasi-colleague Chuck Klosterman once wrote, winning over a girl with a boyfriend is easy. In that case, it is necessary to beat out only one guy. But when a girl is single, the competition has a population of approximately three billion.

It was the rest of her soliloquy that depressed me. She explained that she didn't trust athletes. She was quick to add that she trusted me (yay), but that she knew that because of my lifestyle, anything that happened between us would be short-lived. And, she added, since I am a basketball player, she assumed that I had been with lots of girls, which was a deal-breaker in her book.

Her mind was made up. There was to be no funny business between us. (My terminology, not hers. Although "funny business" does sound like the sort of thing said by a person raised in a household that spoke one-half King's English.)

I didn't have a mind to reason with her. In one respect, she was correct. Considering that I would be leaving Menorca in a week, any potential relationship would have been quite short. But in another, she was very wrong. I'm not nearly the slut that she assumed me to be. (At least by my calculations.)

To recap: The very trait that got her interested in the first place -- that I'm a basketball player -- was the same trait that made her reject me.

It is also assumed that the women of the world are lining up to have a chance with us athletes. (Again, I'm utilizing a rather liberal usage of the word "us.") To some degree, that is true. But none of the good ones are in that line.

My experience with the Spanish girl was not a new one. The girls around whom I want to spend any time -- unless that time is spent in a state of complete intoxication -- are exactly the girls who are going to question my motives and be instantly suspicious when they learn that I am a professional athlete.

And I can't really blame them. Considering my spotty relationship record -- still nothing longer than five months -- I would think the same thing.

But I will press on. I will not allow my rejection at the hands of a half-Spaniard to depress me. Somewhere, there is a girl whose heart is not jaded by prejudice, by bigotry, by misguided assumptions about the intentions of a simple basketball player from Kansas.

Unfortunately, I'll never get past hello, because she probably won't speak English.

Paul Shirley has played for 13 pro basketball teams, including three NBA teams -- the Chicago Bulls, Atlanta Hawks and Phoenix Suns. Paul can be found at myspace.com/paulshirley. His book, "Can I Keep My Jersey?", can be found here.