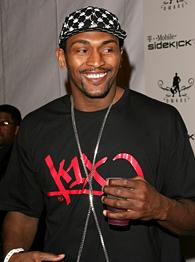 Deputy District Attorney Jeff Wilson said there was insufficient
evidence to charge either Artest or his wife, Kimsha, with animal cruelty or neglect.

Animal services officers seized a Great Dane named Socks from
Artest's mansion in February after weeks of complaints from neighbors that the dog appeared to be starving inside a gated area on Artest's $1.85 million estate in rural Loomis.

Wilson said evidence showed Artest wasn't at the home when Socks
began to lose weight, and that he had hired two people to care for the dog while he was on the road with the Kings.

Subsequent examinations by a veterinarian found that Socks had a
bone infection in a leg that would have contributed to the weight loss and a loss of appetite, Wilson said.

"After the dog was treated for the infection, it again regained its appetite and is now at a healthy weight," Wilson said.

Wilson said that because of Artest's busy travel schedule, he has allowed the dog to be adopted by a family approved by Placer County Animal Services.

County records showed that dogs owned by the NBA star have spent
a total of 77 nights in the pound since July 2006, costing Artest nearly $2,000 in boarding and impound fees.

Artest still faces domestic battery charges stemming from a March 5 disturbance in which he was accused of grabbing a woman and pushing her down, then slapping her face and taking a phone from her when she tried to call 911. The woman was not named in the report, but the charges against Artest are for spousal abuse.

A hearing on charges of battery and corporal injury to a spouse, false imprisonment and dissuading a witness from reporting a crime was postponed this week until May 3.