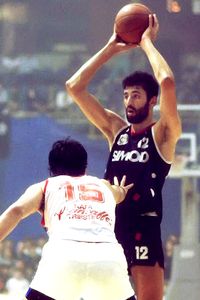 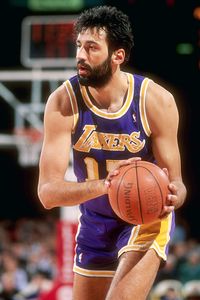 Divac made his reputation early in Europe, helping Partizan Belgrade (from the then Yugoslavia) reach the Euroleague Final Four in 1988 at the age of 20. But it was in the United States where the skillful center became one of the true greats of the global game.

Divac spent 15 years in the NBA with the Lakers, Hornets and Kings -- still the longest stretch for a European. His record and longevity in international basketball also explain why he remains a living legend in his homeland. Vlade was a key member of the Yugoslavian team that won two Olympic silvers (1988 and 1996) and three European Championships. But perhaps his greatest hour came in helping the nation to two gold medals at the World Championships of 1990 and 2002, where they upset the host country USA in the quarterfinals.

Before his move to the USA, Divac's European club success was limited to winning the 1989 Korac Cup because of the mastery of Croatian rivals Split, who dominated during that period. However, once in the NBA, Divac became one of the first Europeans to make an impact on the league, helping establish the Kings as a perennial Western Conference power.