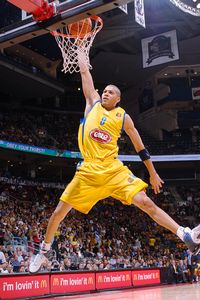 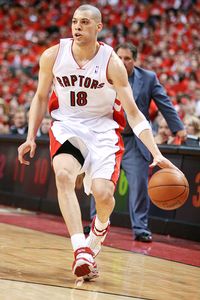 It took Parker six years and thousands of air miles to return to the NBA, but the Raptors are now benefiting from the time he spent in Europe developing his game.

Limited to 55 games in three seasons with the 76ers and Magic after graduating from Bradley University, Parker took the bold step of moving to Europe in an attempt to rebuild his reputation in 2000. He spent five of the next six seasons with the legendary Israeli club Maccabi Tel Aviv; the other season he spent with Virtus Roma in Italy.

His most significant basket, however, may have come in an exhibition game. In October 2005, his buzzer-beating shot gave Maccabi a 105-103 victory over the Toronto Raptors at the Air Canada Centre. And, by the following summer, he himself was wearing a Raptors uniform.