[Editor's note: Brandon Lang, whose life story was immortalized by Matthew McConaughey in the 2005 film, "Two for the Money," considers himself the best big-game handicapper in the country. The man who gives wagering advice on his Web site, www.BrandonLang.com, is the self-proclaimed "most honest man in the business."

He never has lost a Super Bowl in his career, going 15-0-2. With NBA referee Tim Donaghy under investigation for allegedly betting on NBA games the past two seasons -- including games he officiated -- ESPN.com senior writer Wayne Drehs asked Lang to explain how sports gambling works in America and how Donaghy and his bookies might have been able to take advantage.]

ESPN.com: Brandon, explain what types of bets can be made on the NBA.

ESPN.com: What are the various ways that a bettor can place his bets?

ESPN.com: How does placing a legal bet in Las Vegas differ from placing a bet offshore or with the bar bookie you refer to?

BL: Most of the time, when you bet with a bookie, you can bet on credit. When you bet offshore, you have to post up that money. I have to wire that offshore sports book $1,000 so I have $1,000 in my account to play with. As soon as I double my money, I can ask them to send $1,000 back or all $2,000, whatever. With your bookie, you typically settle up once a week. And that's when people get in trouble. It's credit -- usually somebody vouches for you, they'll give you a $5,000 line or something like that. Then you start getting behind, you start chasing and the next thing you know you just lost $7,000 and you don't have it. In Vegas and offshore, you have to post your money before you gamble with it.

ESPN.com: On a December night in the regular season, how much money would you guess is bet on the NBA -- legally and illegally -- in our country?

BL: In our country, so that's just Vegas and the bookmakers
you figure on any given night, you have an average of eight games. So in my calculations, on a random given night, I'd say about $50 million. That's legally and illegally. A random December night in the United States of America. But that number has been declining. 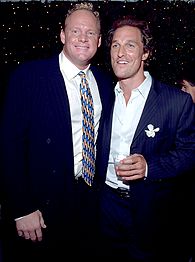 ESPN.com: Describe for me the average individual who bets on an NBA game?

BL: They're college students, middle-aged businessmen -- they're the people who crave action every single night. There was a time, in the winter, when the NBA and NHL were the only real betting options between football games each week. We never used to have a MAC game on Tuesday night followed by a Conference USA game on Wednesday, an SEC game on Thursday and an ACC contest on Friday. You needed the NBA to connect Monday Night Football to the following Saturday's games. And why bet two or three NBA games where guys don't always seem to show up every night when you have a college football game on Tuesday where you know the players are going to give maximum energy and effort?

ESPN.com: What role does a bookie play in placing bets?

BL: He's basically the sports book. He has his own line, his own money. He runs his own book. Different bookies will have different lines. To get into the various intricacies, most players want to have multiple bookies because lines can vary. If I have a guy in New York who has the Knicks as a 6.5 point favorite against the Nuggets and I have another guy in Florida who has the Knicks at 5.5, I'm going to take my bookie in New York and take Denver and then take New York with the bookie in Florida and lay the 5.5 points. If the final margin is six points, then I'll win both.

ESPN.com: So explain then, how a referee could control the outcome of a game so that he or associates of his could win a bet?

BL: Totally with the fouls he calls. If he has fixed the total and has a number he's thinking of, he can get the team in the bonus earlier in the quarter. Let's say he wants a final score where both teams tally more than 205 points and he needs 59 points in the fourth quarter to make that happen. If he puts both teams in the penalty with 8:00 to go and every foul is a free throw, it's not too hard to have a 60-point quarter.

ESPN.com: So what do you think, given your experience, might have happened with Tim Donaghy?

BL: You see a lot of calls in the NBA, "Hey -- he didn't even touch him." But he's [under suspicion] because they will go back and watch every game he officiated, know the spread, know the totals, they'll watch the fourth quarter and they'll know exactly what games he [allegedly] fixed. One hundred percent, no questions asked, they'll know exactly.

They just have to look at the fourth quarter. That's where you'd be able to tell. I'm telling you -- it would have to be the total, not the winners or losers. You can't dictate a side, especially in the NBA. He couldn't take that chance. If someone gets injured or doesn't show up or is having a terrible night or whatever, you can't do it. But manipulating the total you can control from the very tip. If you need an over, a referee can dictate a high- or low-scoring game just by how he's calling it. It's going to come out.

ESPN.com: Given your expertise in watching and wagering on games, what influence does a referee or official have in the gambling outcome?

BL: If he has action on the game and wants something in particular to happen, I'd say 75 percent. I've been asked for years if games could be fixed. And I always told people not by players. Because the guys in the key positions who could get something done, your quarterbacks and running backs, are making millions and aren't going to risk it all to help some friend make $100,000. An official, though, could do it. In the NFL, there's a task force that on Monday reviews every critical call that came anywhere near the point spread. I don't believe that's ever been done in the NBA.

ESPN.com: What sort of precedent is there for scandals like this in the betting world? And does this surprise you?

And it's going to be fascinating to see how this all plays out because [if the allegations are true, it's my opinion that] he's going to cut a deal and rat on everybody. And it was a mob bookie that supposedly turned him in. That was the worst thing they ever could have done. They turned him in, now he's going to give them all the evidence, spill everything and then go in the witness protection program. I don't get it. He was their meal ticket. Whatever risk they had with him, turning him in was a bad move. Now he's going to be dropping dimes on them.

ESPN.com: What sort of an effect do you think this scandal will have on NBA wagering and sports wagering as a whole?

BL: I think it will have a solid impact on people betting the NBA. Because really, college and pro football -- that's what people live for. Wagering on the NBA has already been dropping because of the intensity of play. On some nights, these guys just don't seem to care. And you don't want your money on that. This will only have even a greater impact and keep people away from betting the NBA.

Wayne Drehs is a senior writer for ESPN.com. He can be reached at wayne.drehs@espn3.com