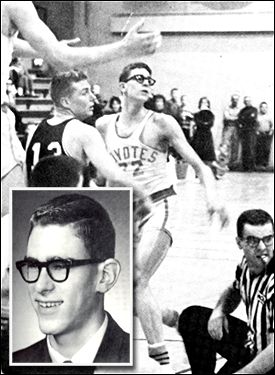 In his hometown of Schenectady, N.Y., Riley starred in both football and basketball.

In a 1962 Christmas basketball tournament, Riley scored 19 for Linton High School in a win over Kareem Abdul-Jabbar (then known as Lew Alcindor) and Power Memorial High. Nineteen years later, Riley would become Kareem's coach with the Lakers.