HOUSTON -- In late February, Golden State Warriors forward Draymond Green was waiting patiently in the VIP area of Oakland's Paramount Theater for Prince to start what would become one of his last shows. Suddenly, one of Prince's handlers made an urgent announcement to Green and the lucky privileged few.

"One of his people said: 'Prince's feeling it now. He's ready to go on now. You should go to your seats because he can be on stage in 10 minutes,' " Green recalled to The Undefeated on Thursday before Game 3 of the Warriors' first round series against the Houston Rockets. (The Steph Curry-less Warriors would go on to lose 97-96.) "We took off to our seats. Within five minutes, he was on stage while people were still waiting to get in. It was amazing to see a performer of that level excited and anxious to perform like that."

Just four rows from the stage, the All-Star loved the intimate performance, Prince playing the piano for just 3,000-seats. He used the word "incredible" to describe the concert and said he instantly became one of Prince's biggest fans.

"Just little subtle stuff like how he looked at the crowd when he was playing the piano to get them involved," said Green. "It was incredible."

Green, 26, didn't grow up in Saginaw, Michigan, a Prince fan like his parents. But after watching The Artist perform on Feb. 28, he made a point to go see him again just days later when he performed at the Warriors' home venue, Oracle Arena. Seeing Prince not only perform in person twice, but also sit courtside at a Warriors game between shows made the news of his passing Thursday unbelievable.

"I'm thankful to see what I saw. I didn't know he would have three weeks left," said Green.

Green and the Warriors got the stunning news at shootaround in Houston's Toyota Center. He was convinced it was just a bad Internet rumor, but teammate Brandon Rush confirmed it -- reading media reports from his cell phone. It was true. Prince was tragically dead at age 57.

"We lost a legend. He seemed so young," Thompson said.

Prince protégé Denise Matthews, or the singer better known as Vanity, died in Fremont, California, on Feb. 15. Prince had come to the Bay Area to attend Matthews' funeral in Union City, California, on Feb. 27. (A service that quickly changed from public to private due to his esteemed attendance.) Prince performed two concerts the next day at Oakland's Paramount Theater and scheduled another for March 4 at Oracle Arena. 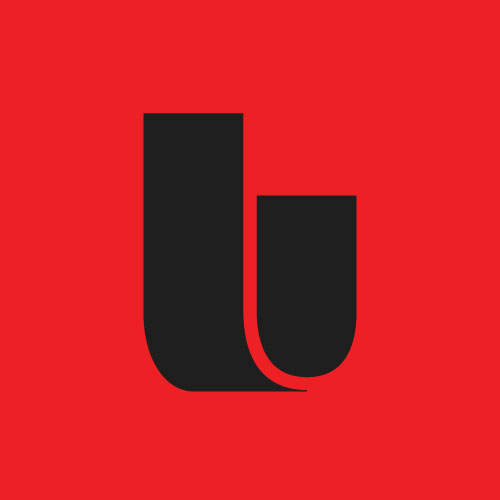 The Undefeated is the premier platform for exploring the intersections of race, sports and culture. We enlighten and entertain with innovative storytelling, original reporting and provocative commentary. Not conventional. Never boring.

See more: Who is the Authentic Kobe?

The Warriors just so happened to have a big showdown scheduled with their Western Conference rival Oklahoma City Thunder on March 3. By then, Oracle Arena was already transformed for The Purple One. The North tunnel entering the arena was swathed in the color, as was another hallway. Purple lighting illuminated the way. Purple curtains were even placed alongside the entrance to the Warriors' floor.

Perhaps all the purple came early because Prince, a basketball fan and former high school ballplayer, was attending the game. Just prior to tip-off, Prince, always the epitome of cool, arrived sporting sunglasses and walking with a cane, supermodel Damaris Lewis alongside him. He sat courtside next to Warriors owner Joe Lacob. The Warriors owner said the legendary singer didn't say much that night.

The Warriors went out of their way to show how much they '"Adore" Prince that night.

The Warriors dance team performed to "Let's Go Crazy." The song "Kiss" played during the timeout staple Kiss Cam. Prince dutifully smiled to the JumboTron camera but departed at halftime. But everyone who attended the Warriors' 121-106 victory over the Thunder did receive a copy of his "HITnRUN Phase Two" CD.

"It was cool," said Thompson. "He was obviously before my time, but I appreciated how talented he was. It just sucks. Too soon. It was cool seeing him there. I did notice him, 100 percent."

The Warriors players were all offered suite tickets to attend Prince's concert at Oracle Arena, but only Green and Iguodala attended, according to sources.

It was at that show where Prince said: "Take your place in history. I know Stephen Curry has."

Curry, it's been said, had to give up his ticket due to a prior engagement, but he said one of the most memorable concerts he ever attended was a Prince show in Oakland five years ago. The 2015 NBA Most Valuable Player was stunned by Prince's passing, calling it "very sad."

"He was definitely an icon," Curry told The Undefeated. "His music inspired three decades worth of music fans. This guy spoke volumes with music and the accomplishments in his career. A guy like me didn't know his story too well, but when you heard his song on the radio, you knew who it was.

"My father-in-law [John Alexander] was a big-time musician. [Prince] was his biggest influence. He taught him it was okay to play a bunch of different instruments. Everybody told him he had a specialize in one, but he saw a Prince concert and said, 'See, I can broaden my talents'."

Warriors center Festus Ezeli actually gave away his tickets to last March's concert to one of his buddies and now regrets it.

"I sure do feel bad about not going," Ezeli said. "A legend was just lost. I never was able to make it to his concerts. But his music will definitely live on forever."

Green has met a lot of celebrities during his four-year NBA career -- President Obama, Serena Williams and Dave Chappelle to name a few -- but shaking hands with Prince near the Warriors' locker room after one of his last concerts could very well be the highlight.

"He had so much swag that he didn't say too much to you," Green said. "It was an honor just be in his presence. He was one of the greats of my parents' time. But he demands the same respect from someone my age.

"Calling Prince a singer doesn't do him justice. He was just a great entertainer. Not many entertainers could be compelling to every age. It was great to meet someone of that stature."