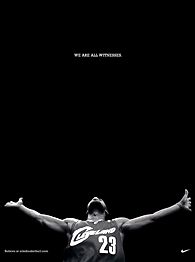 The massive banner -- an ad for shoemaker Nike Inc. -- hangs on
the side of a building near Quicken Loans Arena, and violates
federal highway beautification standards, said Lindsay Komlanc, a
spokeswoman for the Ohio Department of Transportation.


Strickland said the state should make allowances for art.


"I'd say it's an impressive, emotive display, and I would
consider it art. So I've asked ODOT to cease any efforts to seek
removal of the sign," Strickland said Wednesday, when he made a
trip to the city.


The Cavaliers play the San Antonio Spurs in Game 1 of the NBA
Finals Thursday night.


Komlanc said the banner is too big -- federal rules require it to
be under 1,200-square feet. The state agency must enforce the
guidelines or risk losing 10 percent of federal highway funding,
which is about $130 million a year for Ohio, she said.


The state has sent letters to the banner's owner, Gigantic
Media, asking the company to reduce the banner's size or take it
down, Komlanc said. Legal action is a possibility, she said.


The banner, which is 110 feet high and 212 feet wide, depicts
James soaring toward an unseen basket with his right arm extended
over his head, ready to deliver one of his signature slam dunks.
Next to him are the words: "WE ARE ALL WITNESSES."


It's become a downtown landmark since it went up in 2005.


Strickland said he's standing up for the banner, in part,
because of the Cavaliers' playoff success.


"This team is now engaged in critical playoff games. I sense
the joy and hope that is uniting the city, and that's why I wanted
to be in Cleveland to do this," he said.


A message seeking comment was left Wednesday night at the office of an attorney representing Gigantic Media.