Wearables, motion-capturing cameras and advanced biometric data are already altering the landscape of the NBA. But that could be just the beginning. Researchers and tech companies are already at work developing the next wave of tools to advance the game of basketball. Here are five ways NBA players could optimize their bodies in the near future. 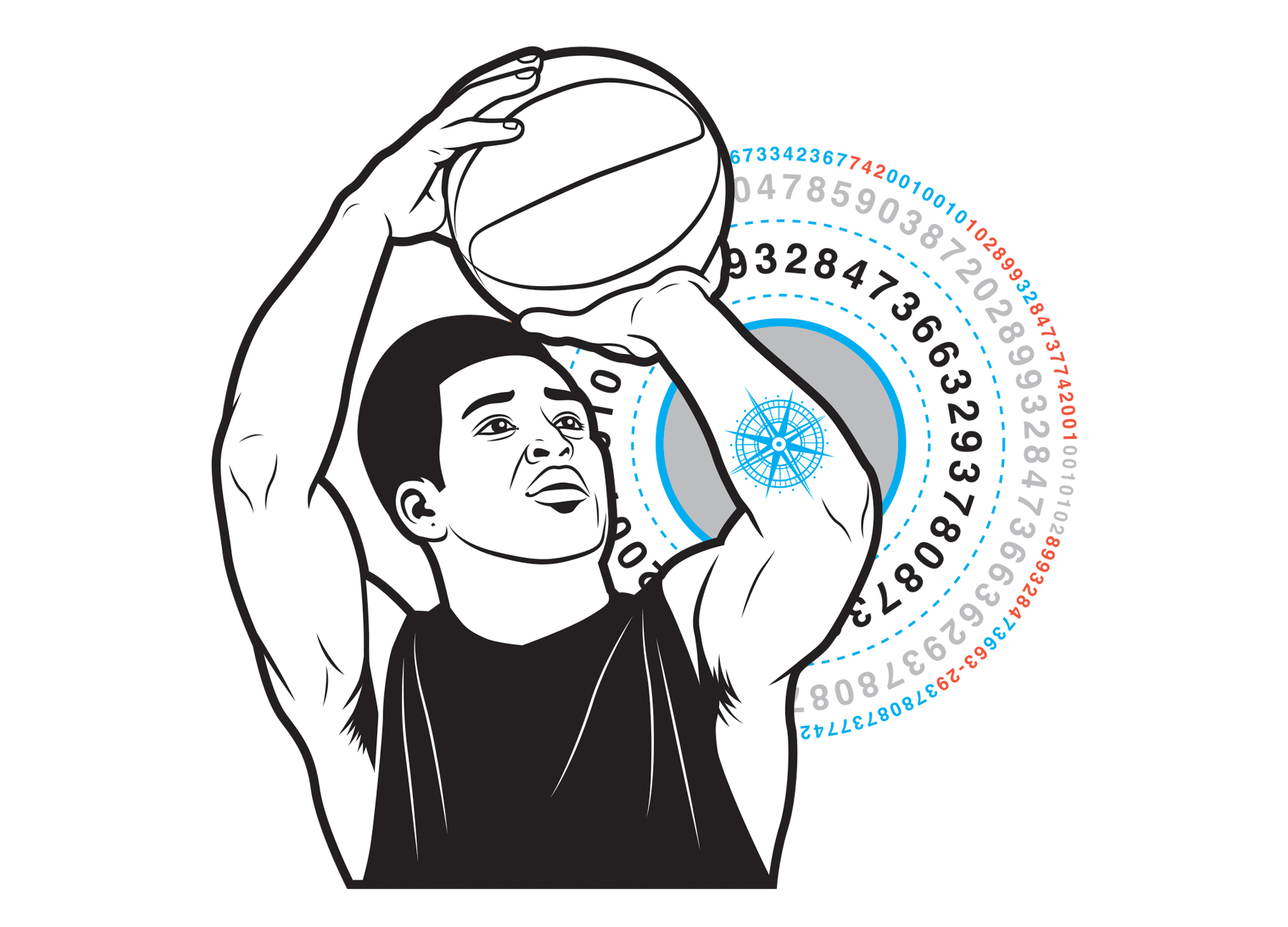 You can't swing an elbow in the NBA without smacking into a tattoo. But now, instead of having an artistic use, a tat could be part of the wearable-technology revolution. Introducing Chaotic Moon Studios, a software development company in Austin, Texas, that has created a device that lives on your skin and can gather, among other things, data on shooting form -- such as where, when and how a player is applying force. It can also measure biometric health through tiny biosensors that wirelessly transfer data to, of course, an app on your phone. Says Eric Schneider, a technologist for Chaotic Moon, which has been developing the product for the past six months: "The Tech Tat lives on the skin like a fabric arm brace." But where will J.R. Smith find the room? 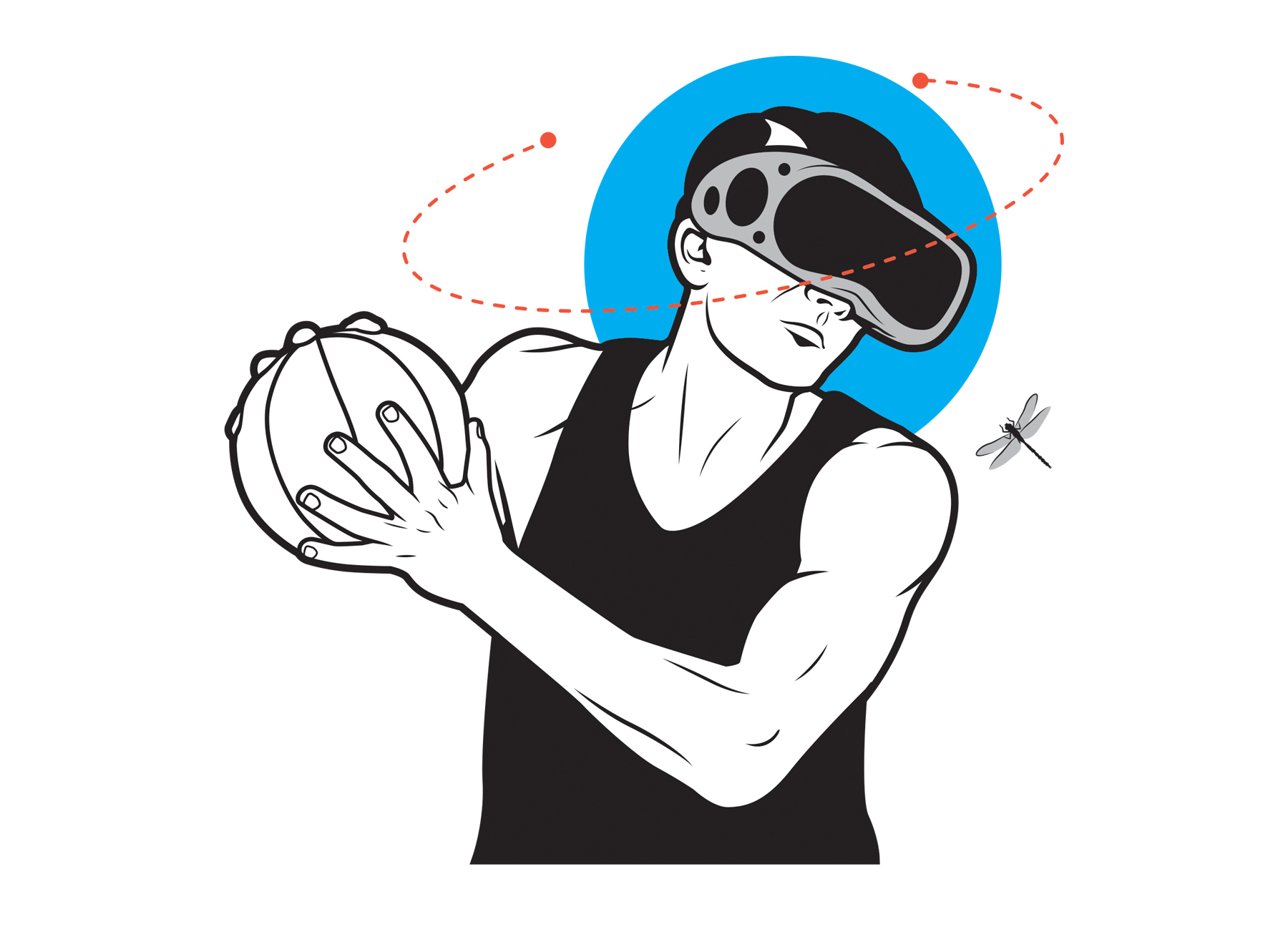 NBA playmakers often seem to have eyes in the back of their heads. What if they had literal eyes in the back of their heads -- or at least true full-court vision? For that, science is looking to dragonflies, whose protruding, globular eyes allow them a 360-degree field of vision. Australian researchers have created software that can mimic that eyesight, which they are currently developing for use in bionic eyes. One director of the project, Dr. Steven Wiederman, has predicted commercial application within the next five to 10 years. The future of the no-look pass? Hard to envision. 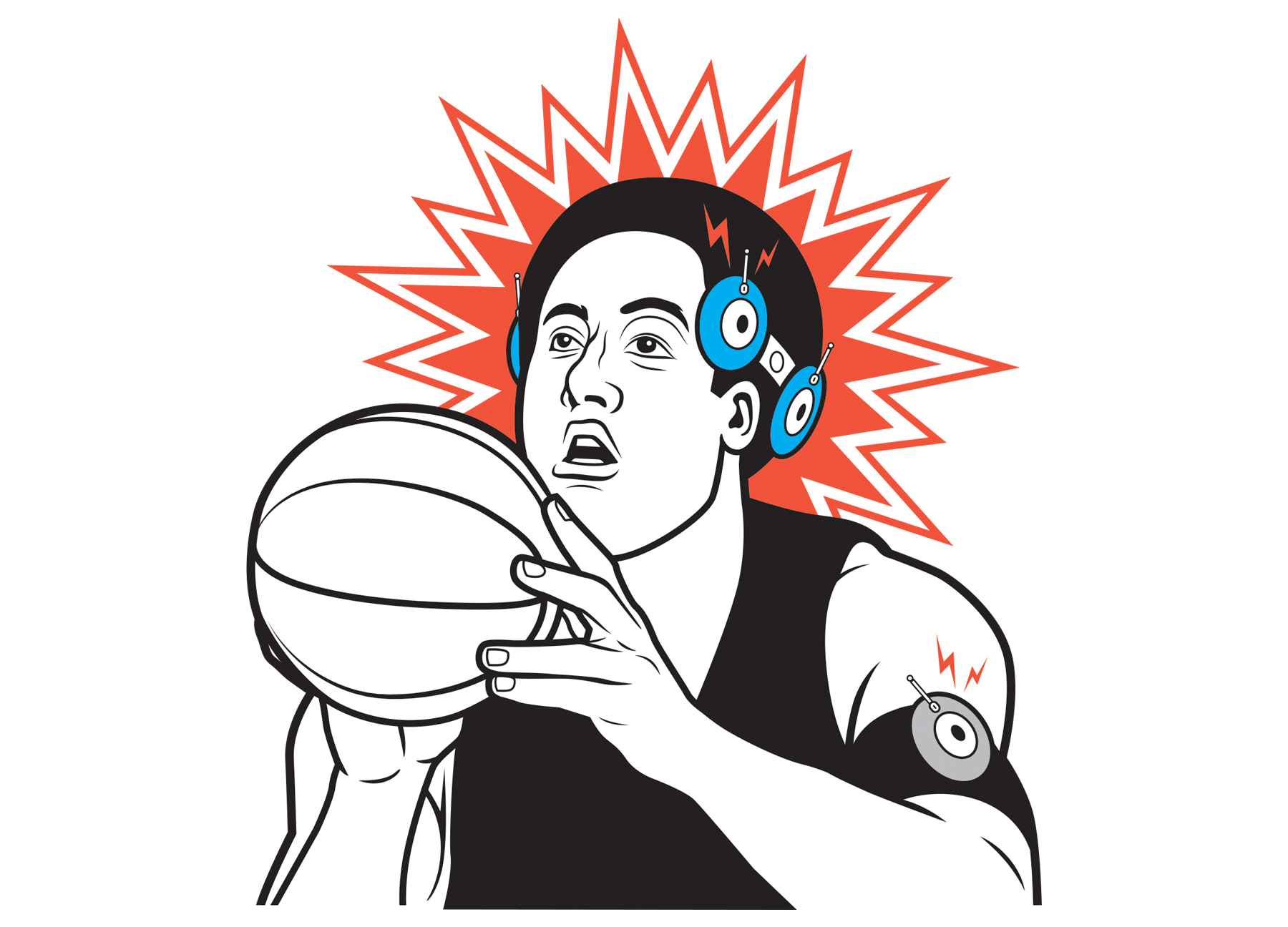 It can take years for an NBA player to perfect his shooting mechanics. But thanks to nascent technology called transcranial direct current stimulation, players might one day jump-start their jump shot with a little jolt of lightning ... to the head. When tested by the Air Force, airmen became twice as accurate at identifying targets after receiving a mild current to the brain to accelerate cognitive functions. "The evidence to date is promising," says Dr. Andy McKinley of the Air Force Research Laboratory. "There's reason to believe the stimulation has a positive effect on learning enhancements." Those include what McKinley calls motor-memory tasks like riding a bike or playing piano. What about shooting free throws? Keep your fingers crossed, Andre Drummond. 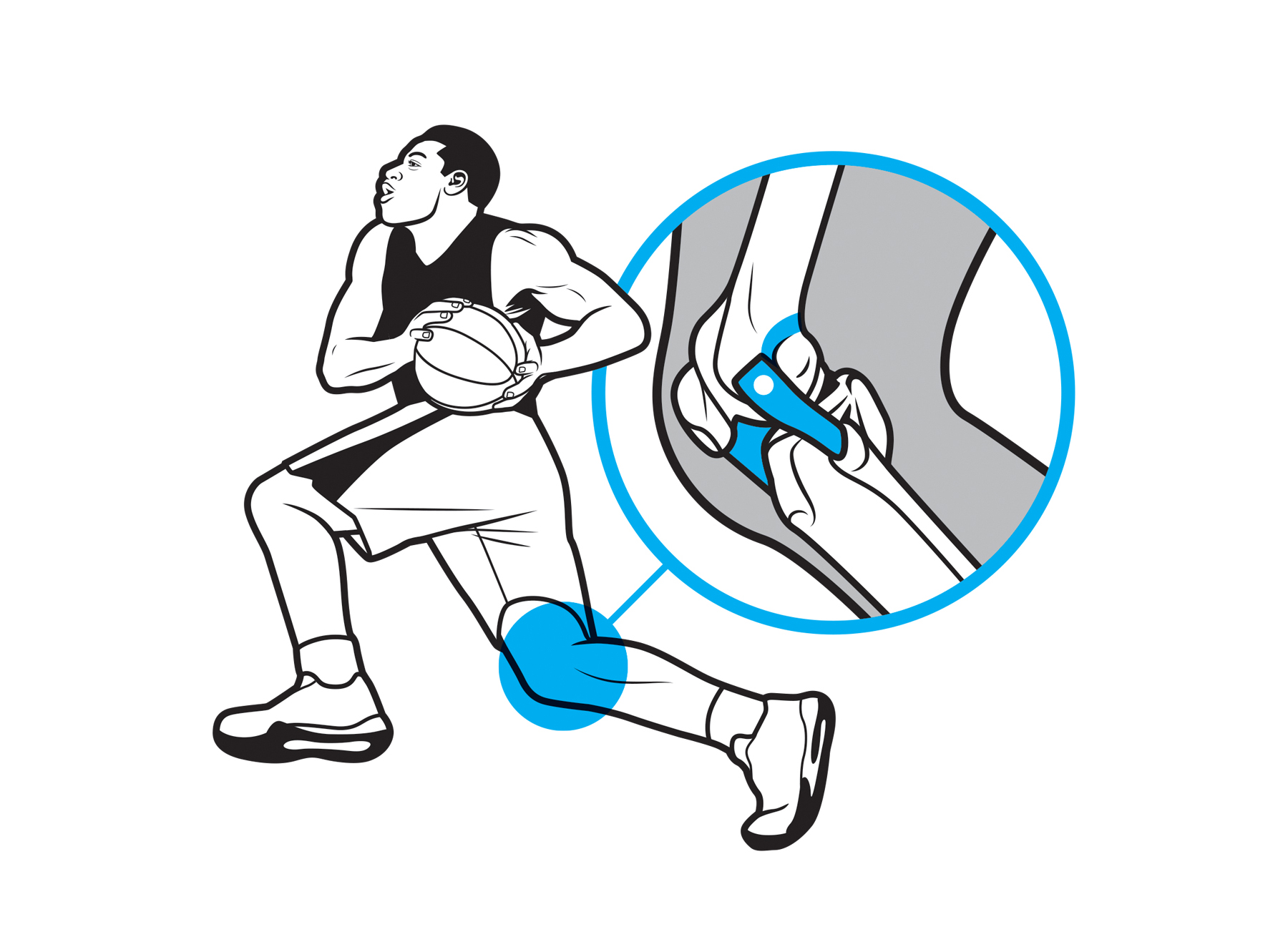 At this point, there's barely a tendon in Kobe Bryant's body he hasn't snapped. Still intact, shockingly, are his ACLs. But should he ever tear one of them -- he is 100, after all -- nanotechnology might well be there to save him. Guillermo Ameer, a professor of biomedical engineering at Northwestern, is pioneering a new form of ACL reconstruction in which human-bone nanocrystals are surgically grafted with man-made biomaterial and polyester fibers. If it's approved for humans, Ameer predicts faster and less painful recoveries than with current ACL reconstructions. Most likely scenario: Kobe someday performs the surgery on himself. 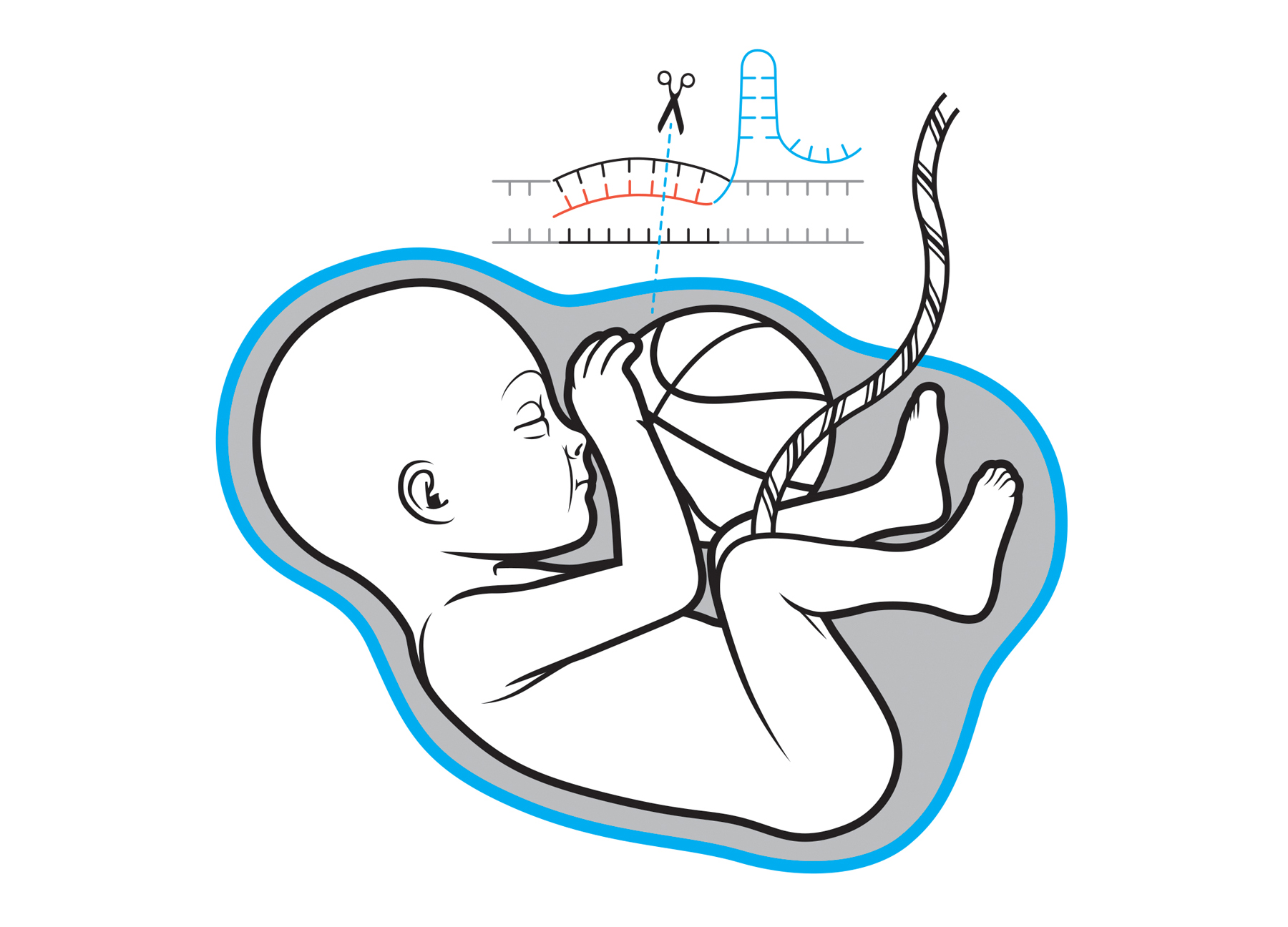 Imagine you could cherry-pick the best basketball traits, like higher muscle mass or stronger bone density, from a biological buffet. This isn't science fiction, it's science reality, in the form of new gene-editing technology called clustered regularly interspaced short palindromic repeats, or CRISPR. In 2015, Chinese scientists devised a tool for gene editing in nonviable human embryos. Cool? Definitely! Scary? You bet. Using CRISPR to create the perfect NBA player isn't simply a mechanical matter, it's a moral one. In fact, the Broad Institute of MIT and Harvard is mum on its research related to humans. "We don't engage in hypotheticals," a rep from the institute told The Mag. Of course, it's only a hypothetical until it isn't.