There has never been a draft prospect like Ben Simmons. At 6-foot-10, he can handle the ball with ease, zip passes to open teammates and provide the scoring and rebounding output you would expect from a top-notch power forward.

Assuming they follow expectations and pick Simmons first on Thursday, the Philadelphia 76ers will be getting a unique talent as a passer and creator for teammates.

Is there anyone in this draft class, in college or even in the NBA that possesses Simmons' combination of size and playmaking ability? We looked into it, and the numbers indicate he truly is an outlier. Since Wilt Chamberlain was traded to the Los Angeles Lakers in 1968, the Sixers haven't had a player 6-foot-10 or taller average more than three assists per game (part of the return for Chamberlain, 6-foot-10 Darrall Imhoff, came closest when he averaged 2.7 in 1968-69 and 1969-70). That should change this season.

Let's take a closer look at what Simmons brings to the table.

Simmons can lead the fast break

Magic Johnson revolutionized the point guard position at 6-foot-9 -- for his aptitude in the half-court game but, more so, for the impressive way a man his size could lead the way in transition and make smart decisions with the ball. (Magic had 11.2 assists and 3.9 turnovers per game for his career.) No one is expecting Simmons to do that in the NBA, but he is surprisingly well-versed in transition offense and being the initiator of the offense. Per Synergy Sports Tech's numbers, Simmons was involved in transition for 26 percent of his total offensive plays at LSU -- more than any other type. And in transition, he was the ball handler on more than 60 percent of plays. A breakdown: 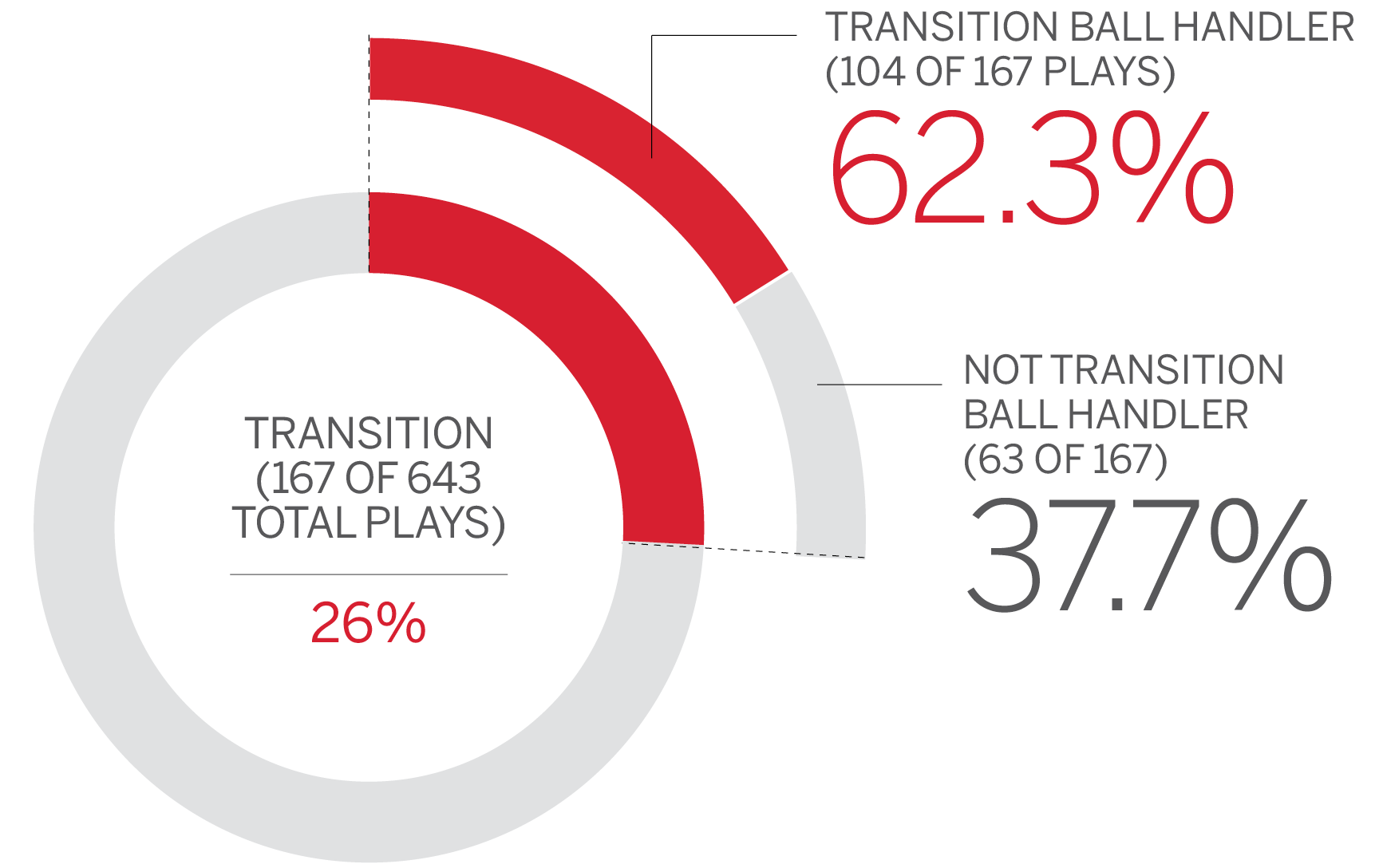 So that gives you an idea of how Simmons likes to operate. But how do those numbers compare? Let's put him up against Brandon Ingram, a small forward. But most other forwards aren't a good apples-to-apples comp for what Simmons does offensively, so let's throw in three of the top guards on the board: Kris Dunn of Providence, Jamal Murray of Kentucky and Buddy Hield of Oklahoma. Ingram does not have many reps in transition under his belt, as Duke's methodical offense rarely played at high speed last season. Only Dunn handled the ball on the break more often than Simmons. 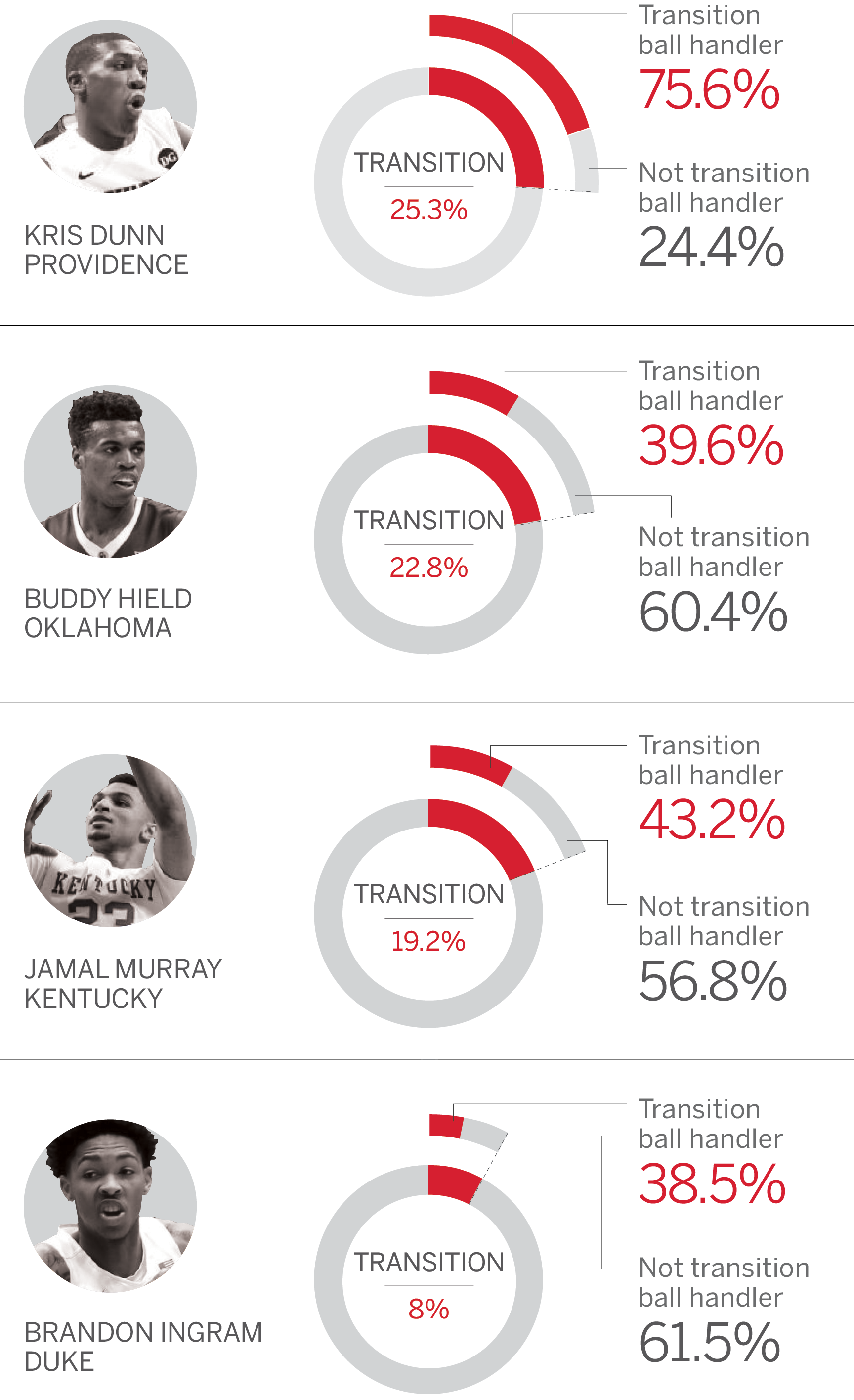 Synergy also tracks how often a player passes out of each offensive set and how often he tries to create his own shot. When comparing Simmons to Buddy Hield (pictured in the illustration above) and the same peer group, Simmons is most likely to look for teammates out of three of the most common play types. Look at the numbers for pick-and-rolls: Simmons dishes to the roll man or another teammate nearly two-thirds of the time, even more than a point guard, such as Dunn. 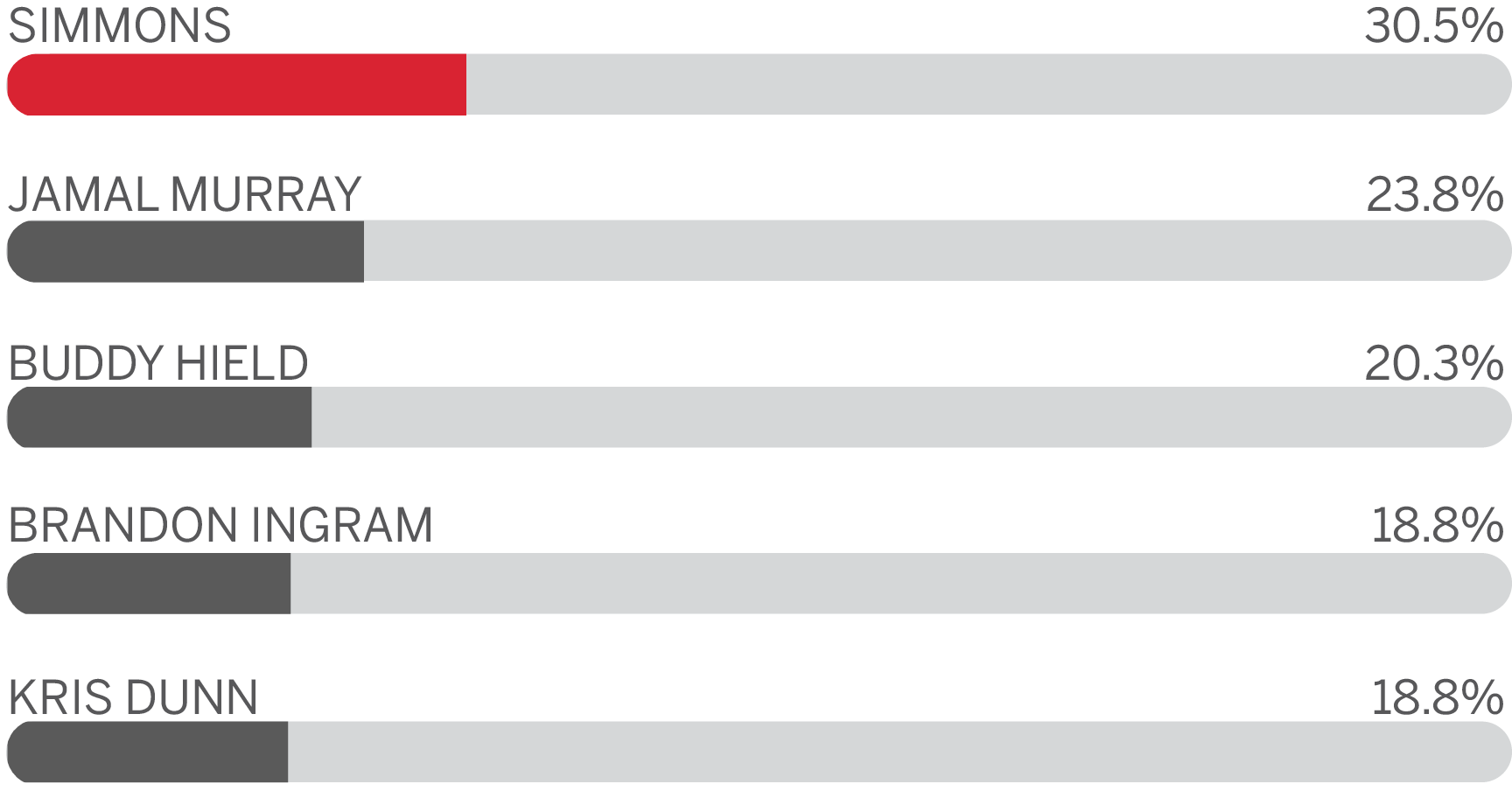 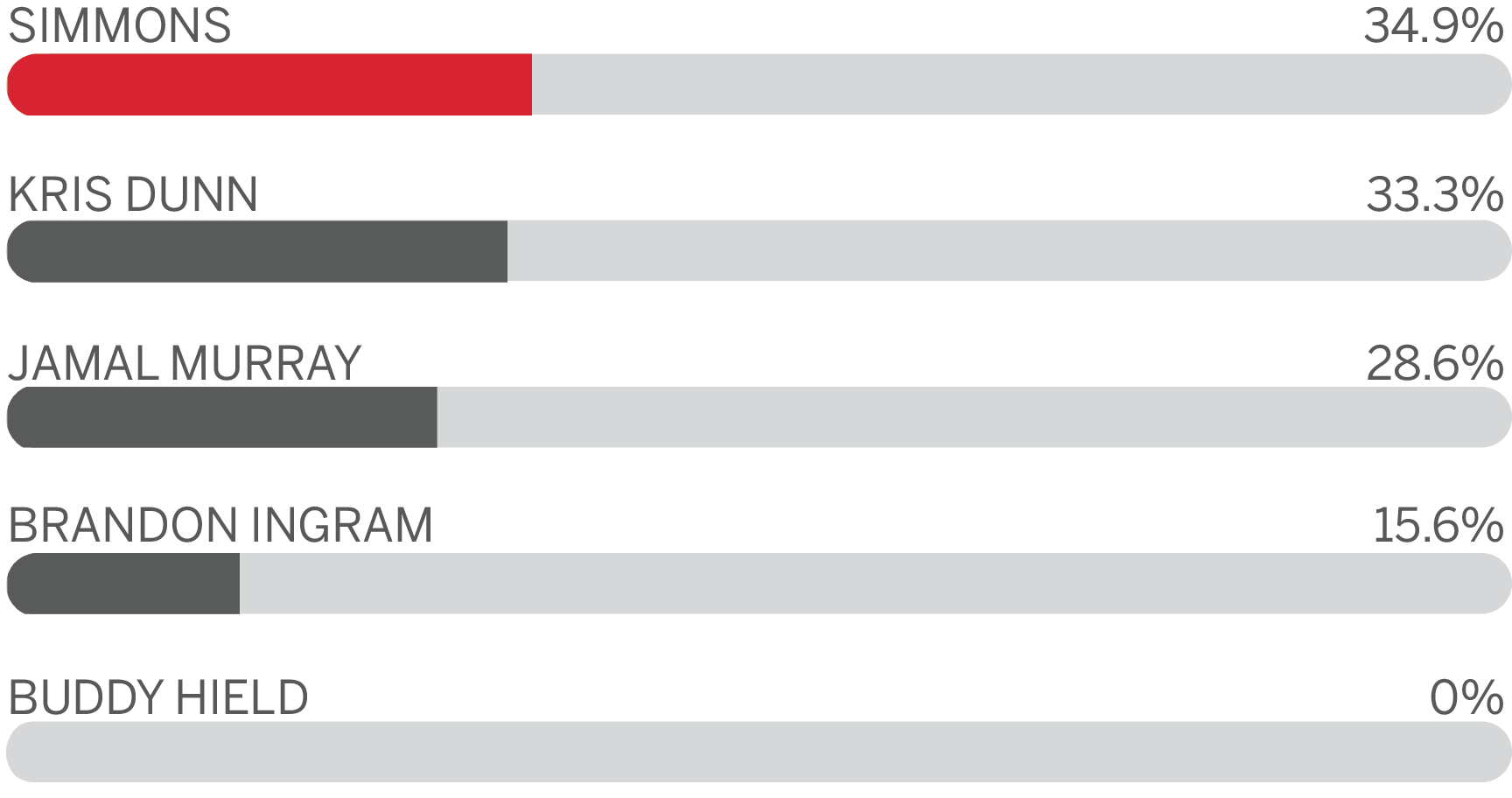 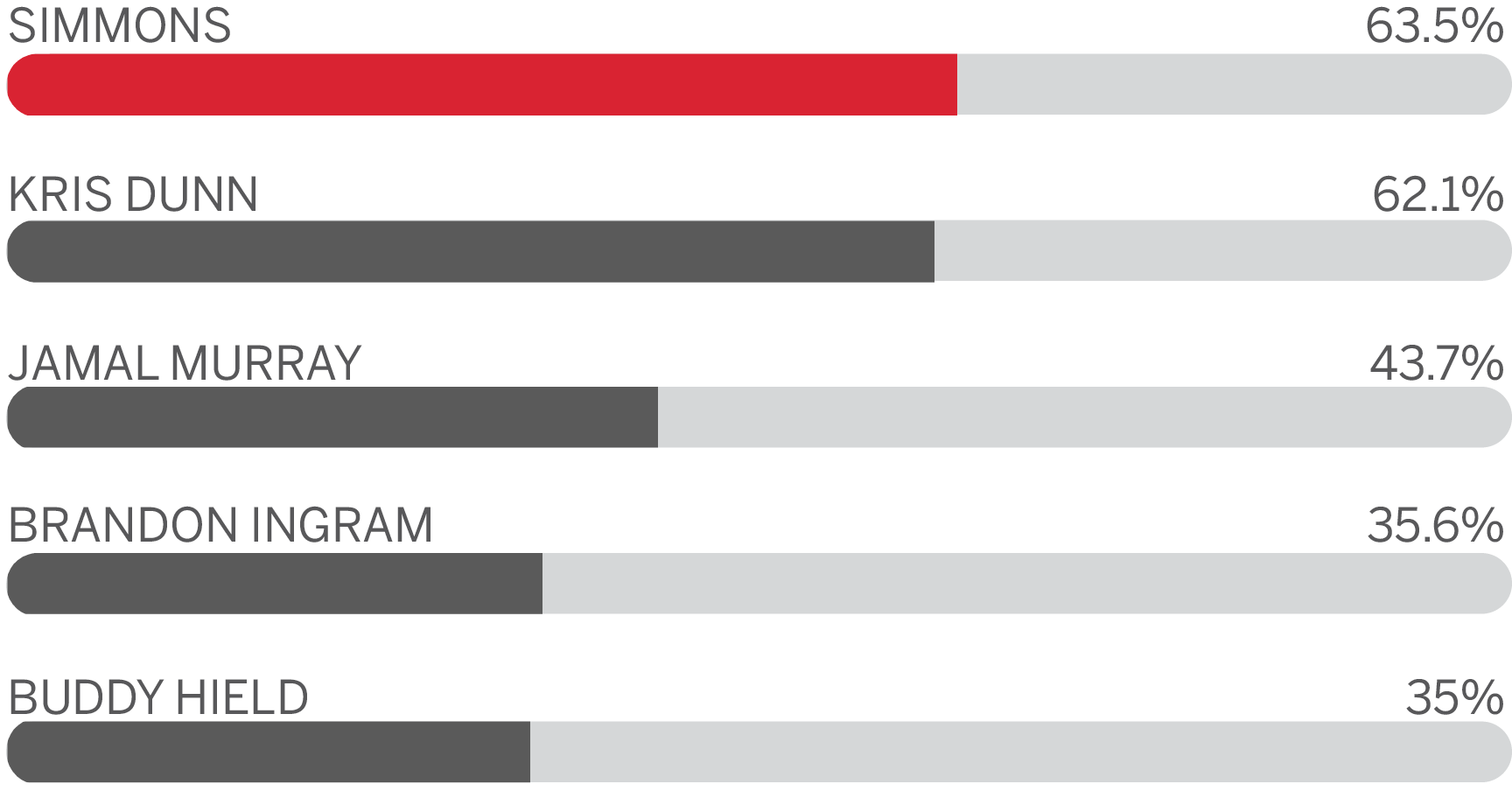 In his lone college season at LSU, Simmons piled up assists at an impressive rate. And he could have had more had he played with more accurate teammates: The Tigers' true shooting percentage (weighting 3-pointers and free throws differently from regular field goal attempts) was a mediocre .543, tied for 141st among all schools. For some perspective, national champ Villanova was tied for fifth at .597, while Duke and Oklahoma were tied for 31st at .573. Even so, Simmons outpaced all freshman forwards and centers in assists dating to the 2000-01 season (minimum 30 games played). And among frontcourt players from all classes, Simmons finished tied for 10th overall. Note the heights here: No one else on these lists was listed above 6-foot-9.

Freshmen Forwards and Centers, Since 2000

All Forwards and Centers, Since 2000

Who plays at 6-foot-10 or taller in the NBA and can pass like Simmons? Only a select few. Simmons averaged 7.5 assists per 100 possessions in college, a pretty hefty number. We broke down the assists per 100 possessions for all 74 qualifying NBA bigs (with a height of 6-foot-10 or taller) from this past season and compared their totals. Result: The vast majority are good for anywhere from one to four assists on average, and nothing more. Also, below are the 10 best totals in the NBA last season by that metric. None of them measures up to the number Simmons posted in college. Six of the top 10 are 25 and younger, including the rapidly improving Giannis Antetokounmpo of the Bucks (7.2 assists per game after the All-Star break). 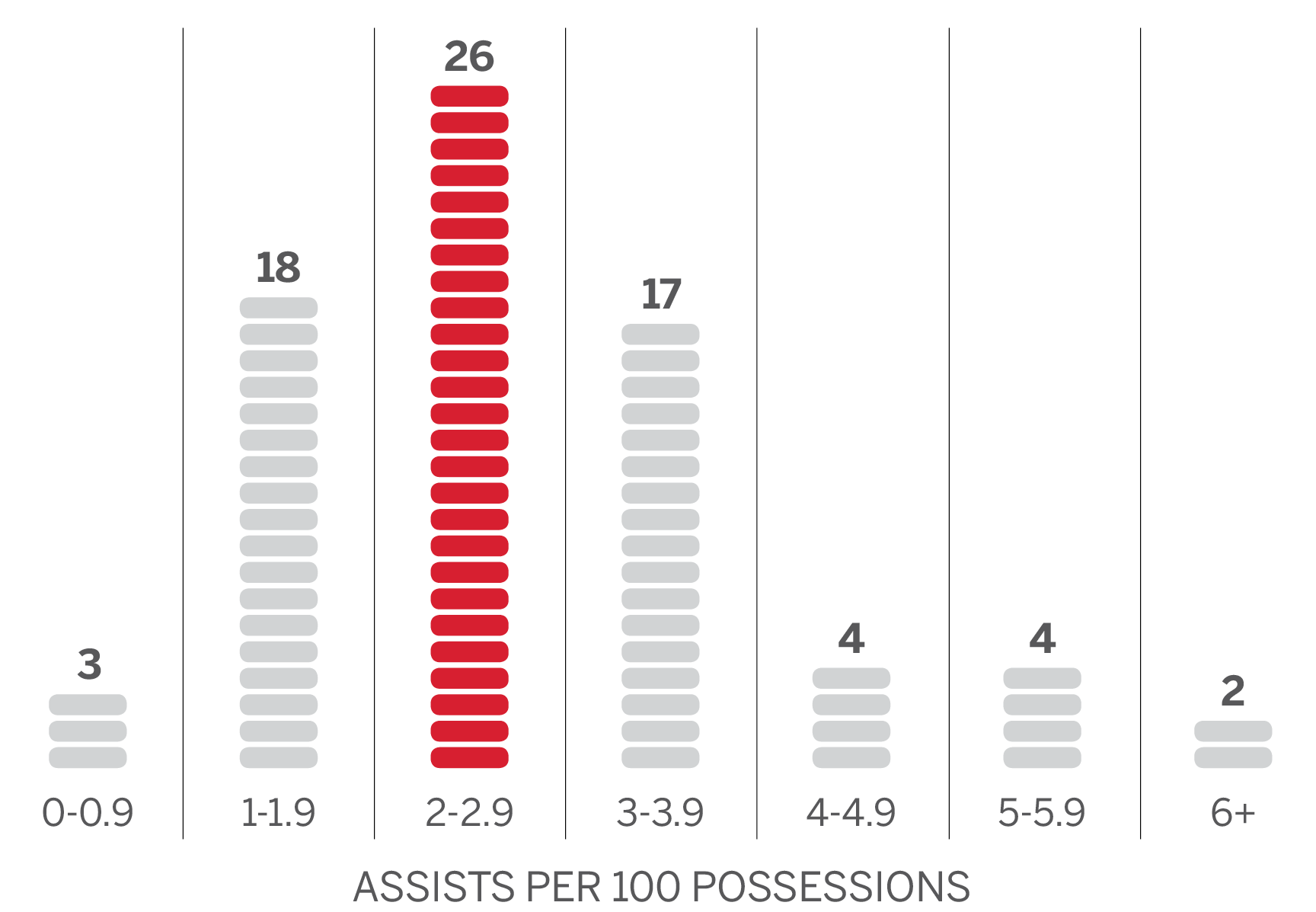 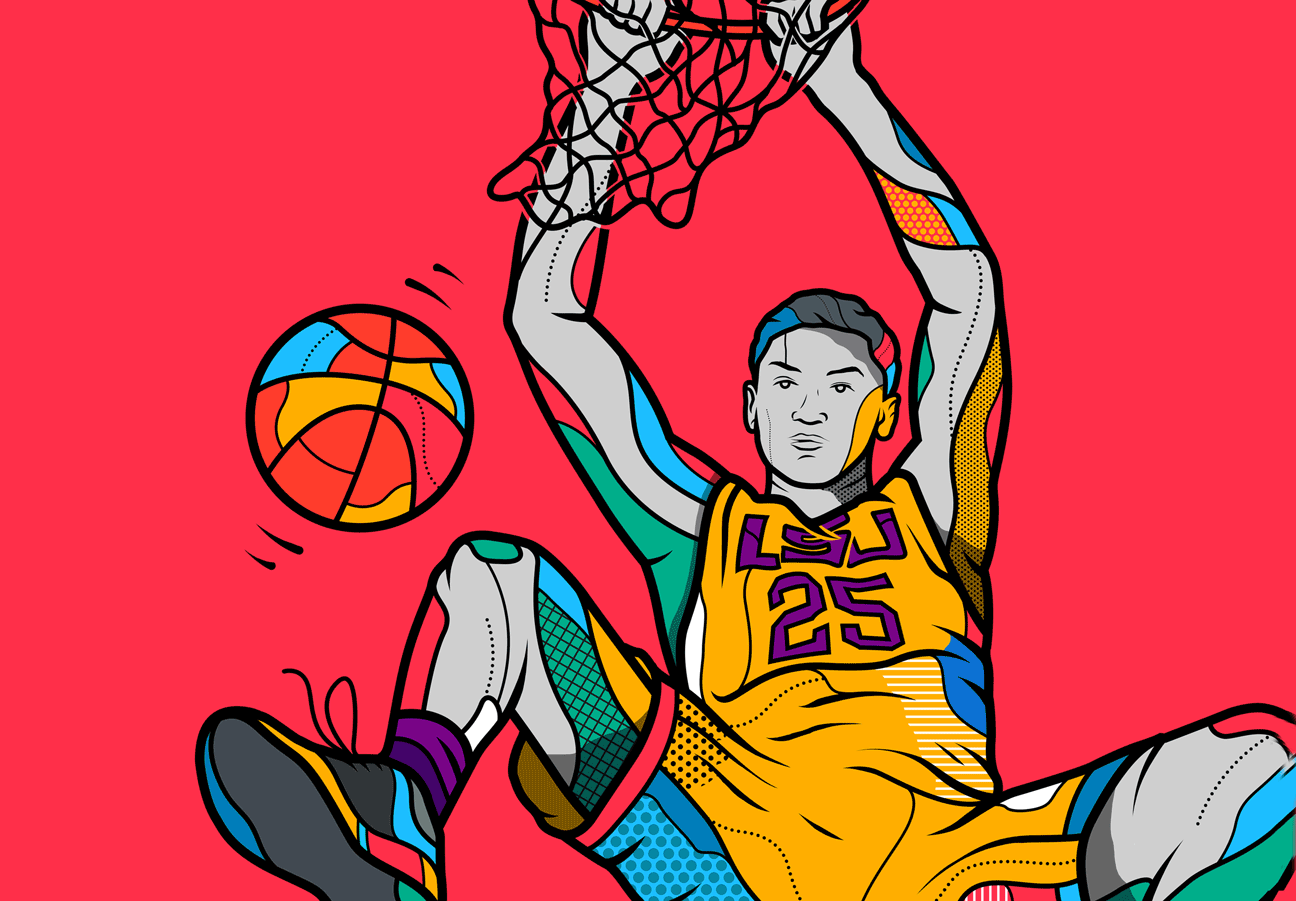 He's more than a passer

Obviously, his game goes beyond passing. Simmons is also an elite offensive talent (see his NCAA ranks in various offensive categories below). And in the chart, I compared every qualifying player from the past five NBA seasons by their per-36-minute rebounding and assists totals. When you overlay what Simmons did per 36 minutes, you find very few NBA players provide a similar combination of rebounding and passing skills. The closest matches: Draymond Green (who plays a bit smaller at 6-foot-7) and Joakim Noah (who has struggled to stay healthy). You can reasonably expect a drop in production for Simmons going from college to the NBA, but even with lesser numbers, he stands out from the pack. 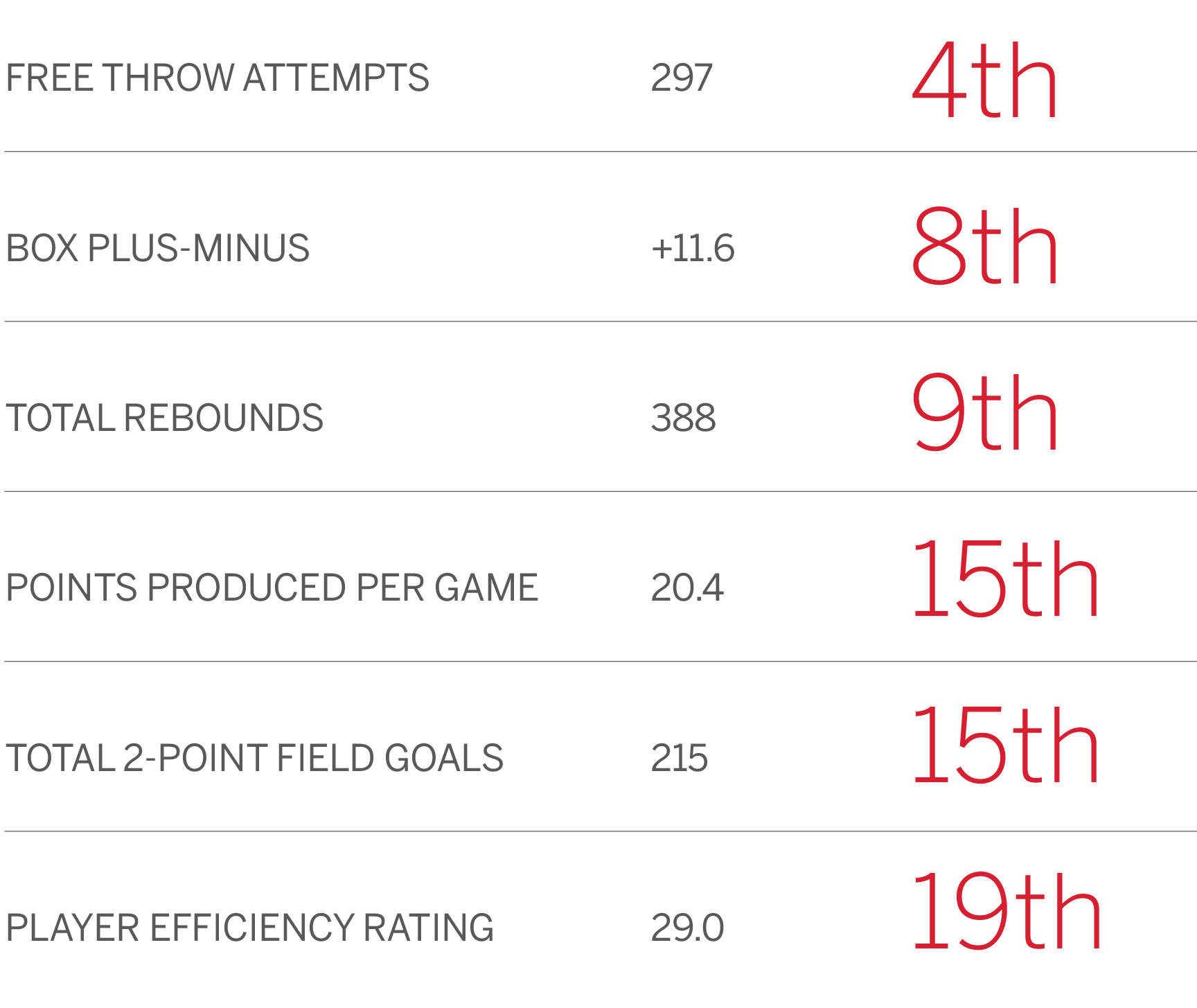 All individual totals, past five seasons 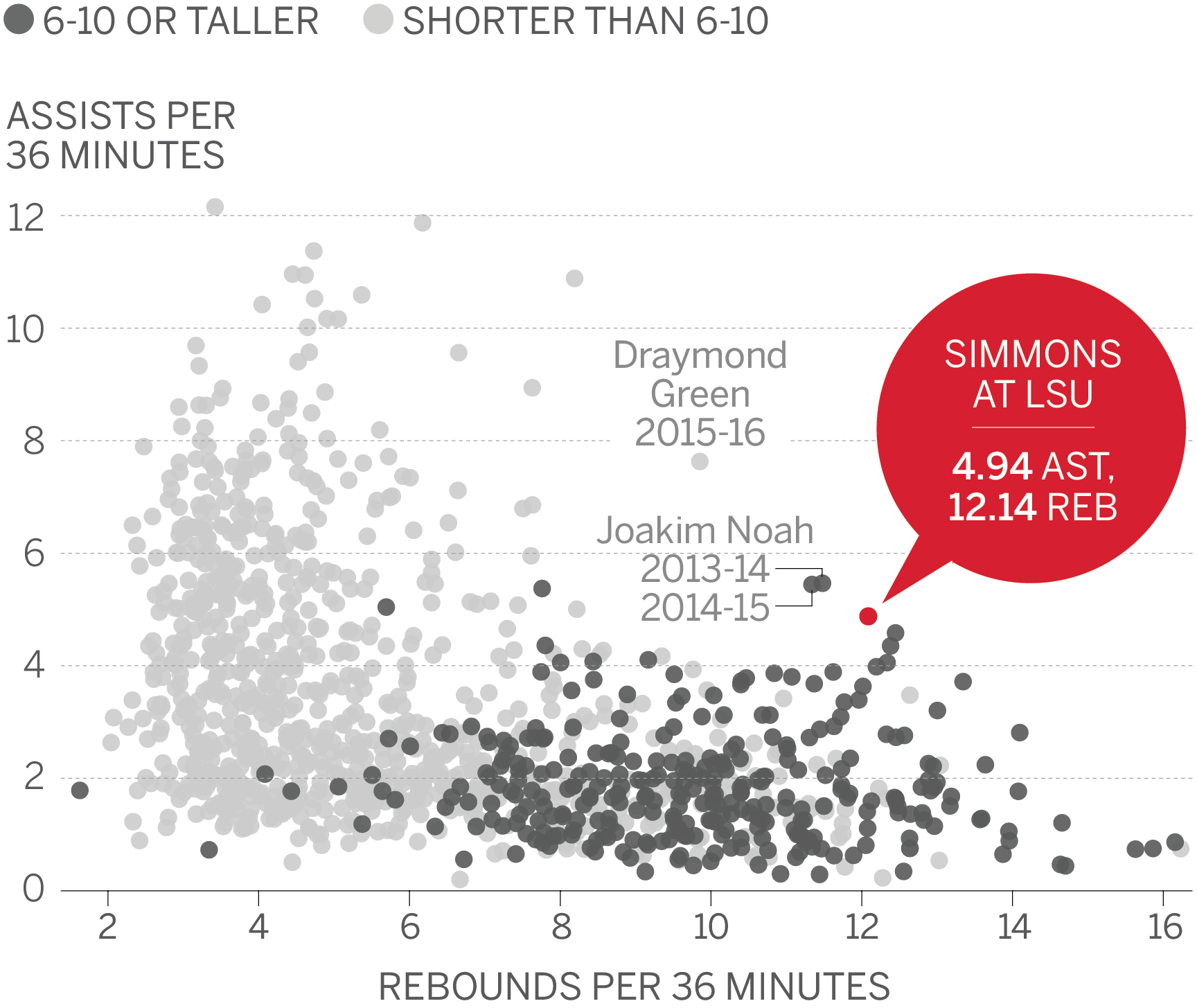