As most of the NBA retooled during the offseason, a superteam was being constructed by the Bay. With the addition of Kevin Durant, the Warriors look to be an all-new beast. Their infamous "Death Lineup" -- a spread-out and fast-paced attack that terrorized opponents en route to an unprecedented 73 regular-season wins -- is now revamped with one of the league's top-3 talents, a former MVP still in his prime. If last season's Warriors had the Death Lineup, this year's squad, at least on paper, represents the peak version of Steve Kerr's rhythmic, flowing offense: the "Ultimate" Warriors.

But such a nickname raises the question: With all of the talent league-wide, is there anyone that could possibly challenge these Ultimate Warriors? In searching for a No. 1 contender in this NBA landscape, Second Spectrum has pieced together a unit that would be worthy of the title belt, a five-man tag team who could endure such a grueling undertaking. Banding together to take down the Ultimate Warriors, we present (naturally), The Undertakers: a carefully curated collection of players from around the league who possess comparably elite skill and could pose a threat to Golden State's quest for the title.

This dream matchup would be a showdown for the ages, but who would come out victorious? That's for you to decide. 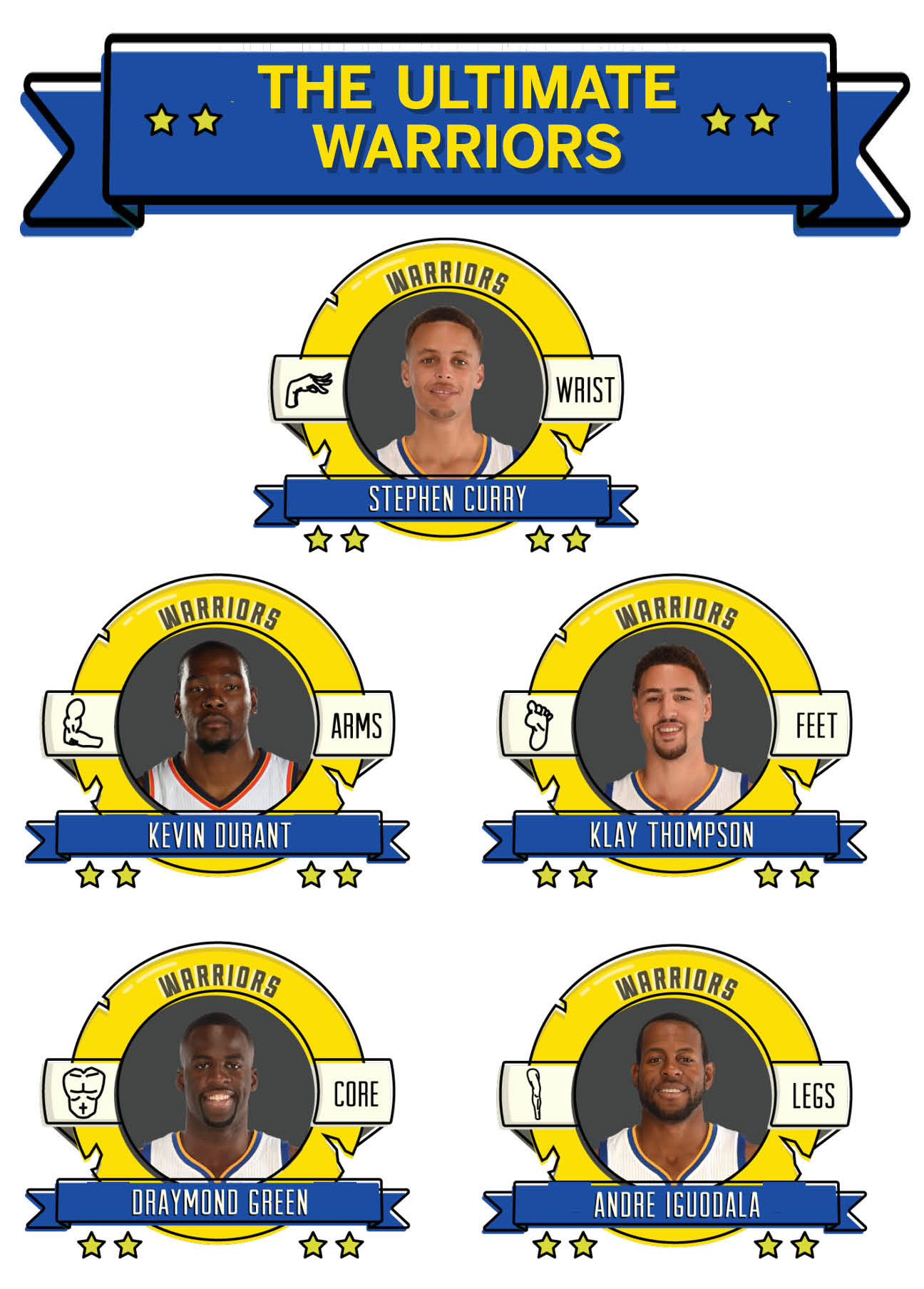 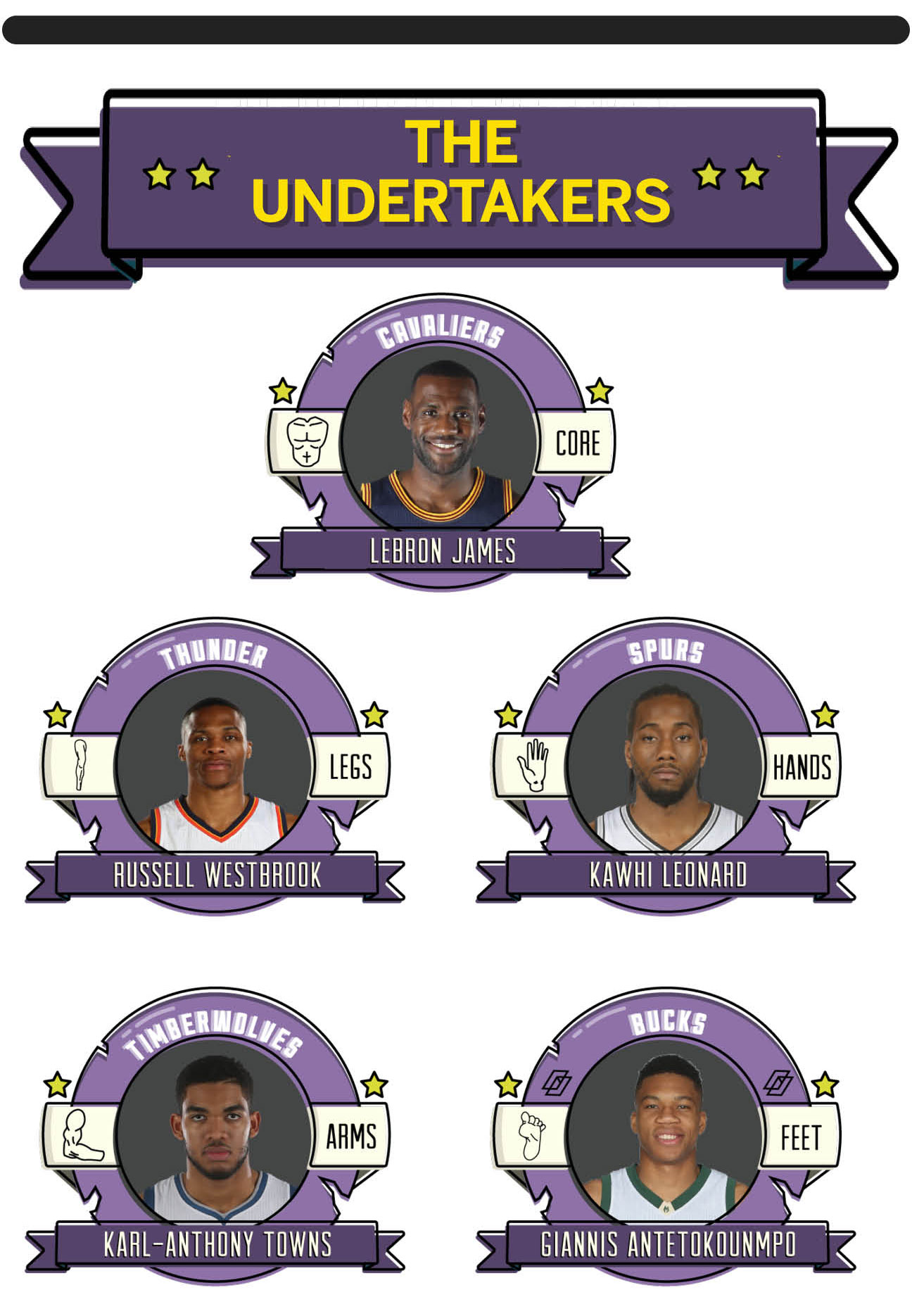 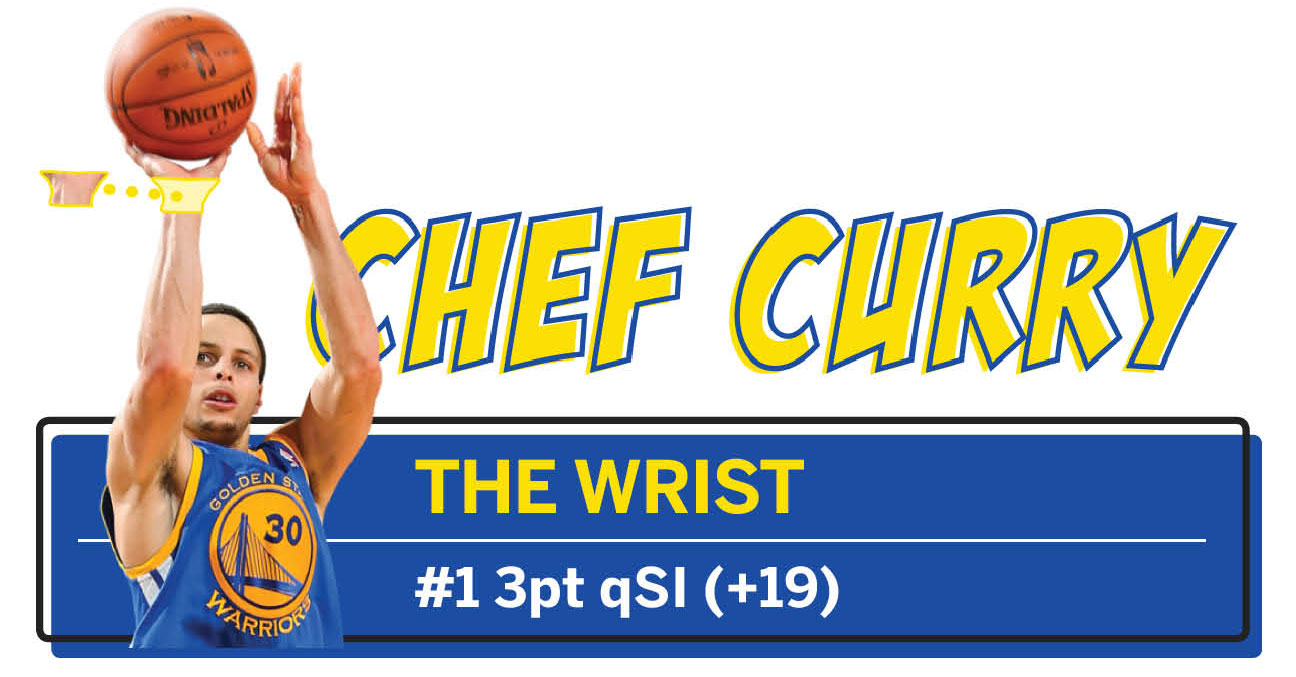 Chef Curry, the man with the golden wrist, has the highest Quantified Shooter Impact (qSI)* in the league on 3's, shooting 19 percent better than expected given his Quantified Shot Quality (qSQ).* 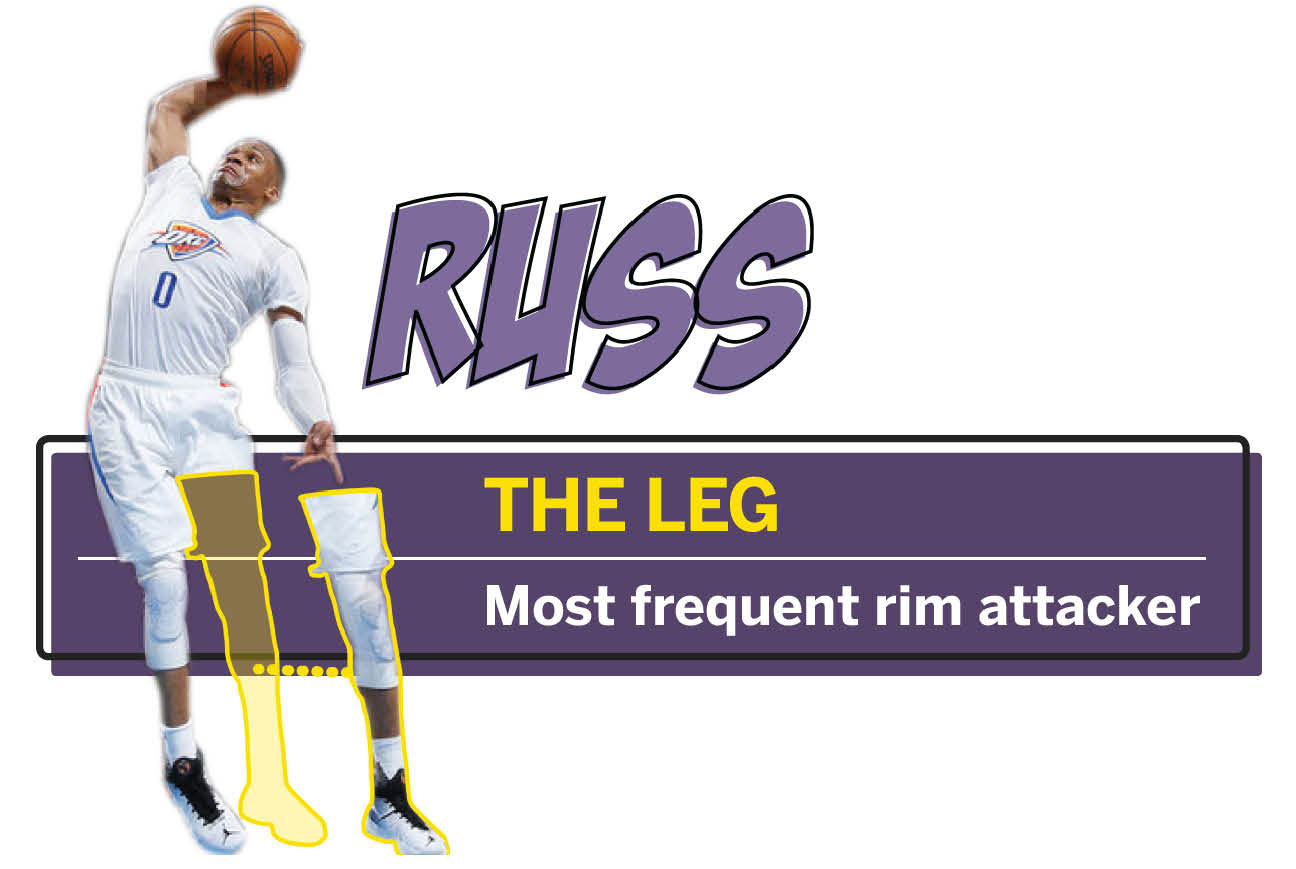 Westbrook's tireless legs have him leading the pack at No. 1 in the league on direct drives (when he is looking to score or assist). 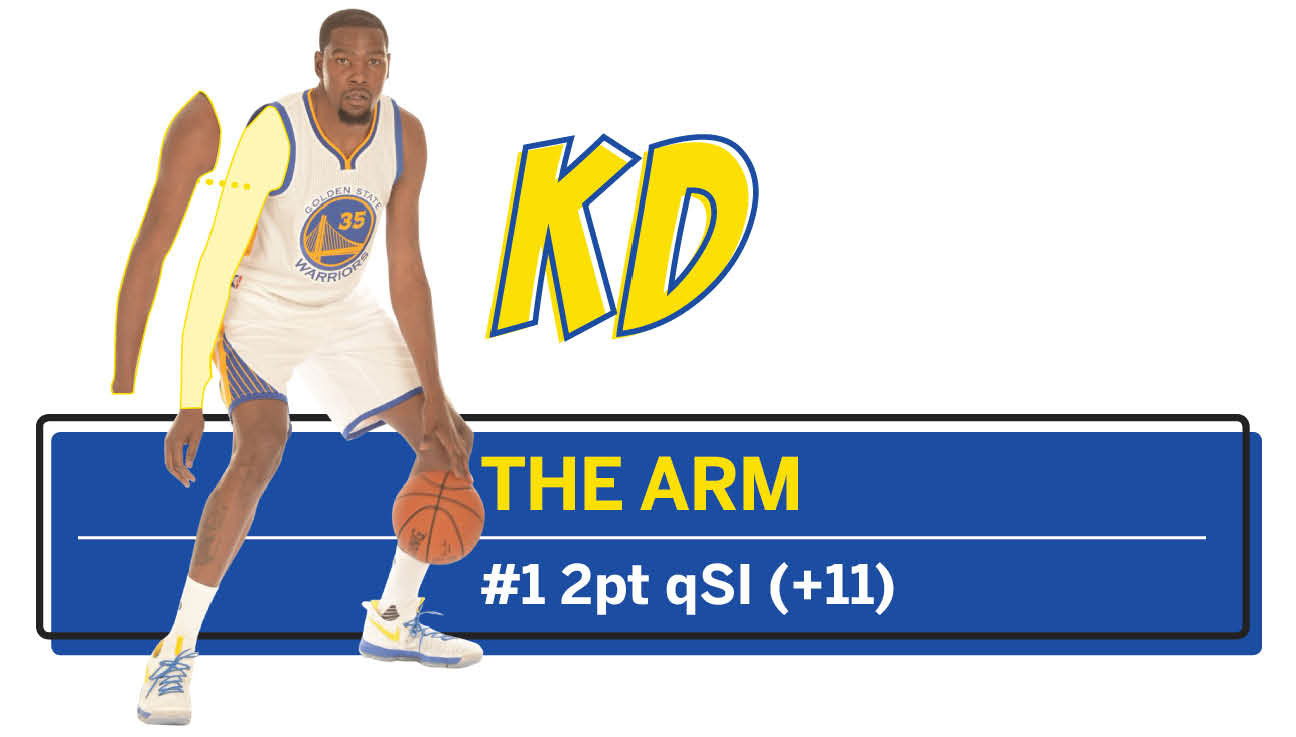 KD's incredible wingspan allows him to get off a shot in nearly any situation. He has the highest Quantified Shooter Impact (qSI) in the league on 2-pointers, shooting 11 percent better than expected given his Quantified Shot Quality (qSQ).

One of the Greek Freak's superhuman attributes, his nimble feet keep him ahead of elite scorers. In 43 matchups, he held KD to his third-fewest shots and second-fewest points per 100 possessions.

As The Core of the Warriors, Dray brings his teammates to another level. He passed it to shooters nearly two times more than any other big man, creating shots with the third-best qSQ of any big. 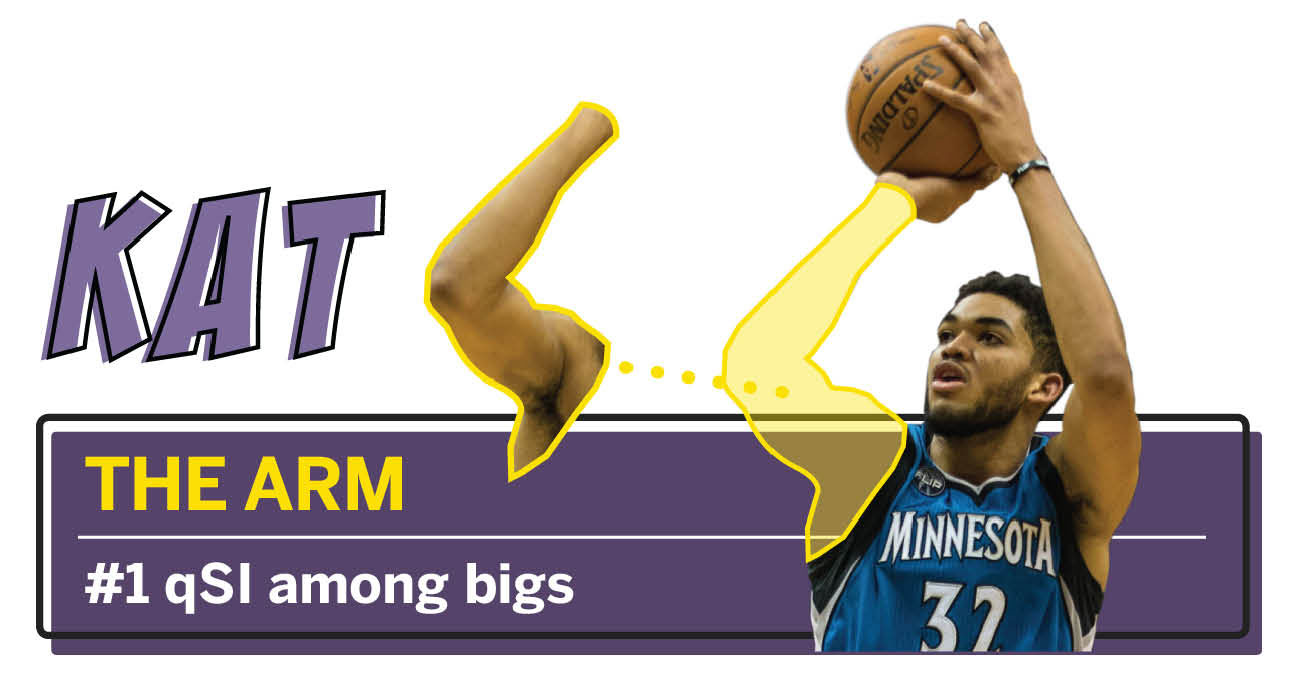 Young KAT's long arms make him a force to be reckoned with. The reigning Rookie of the Year notches the highest Quantified Shooter Impact (qSI) of any big man, shooting 7 percent better than expected given his shot quality. 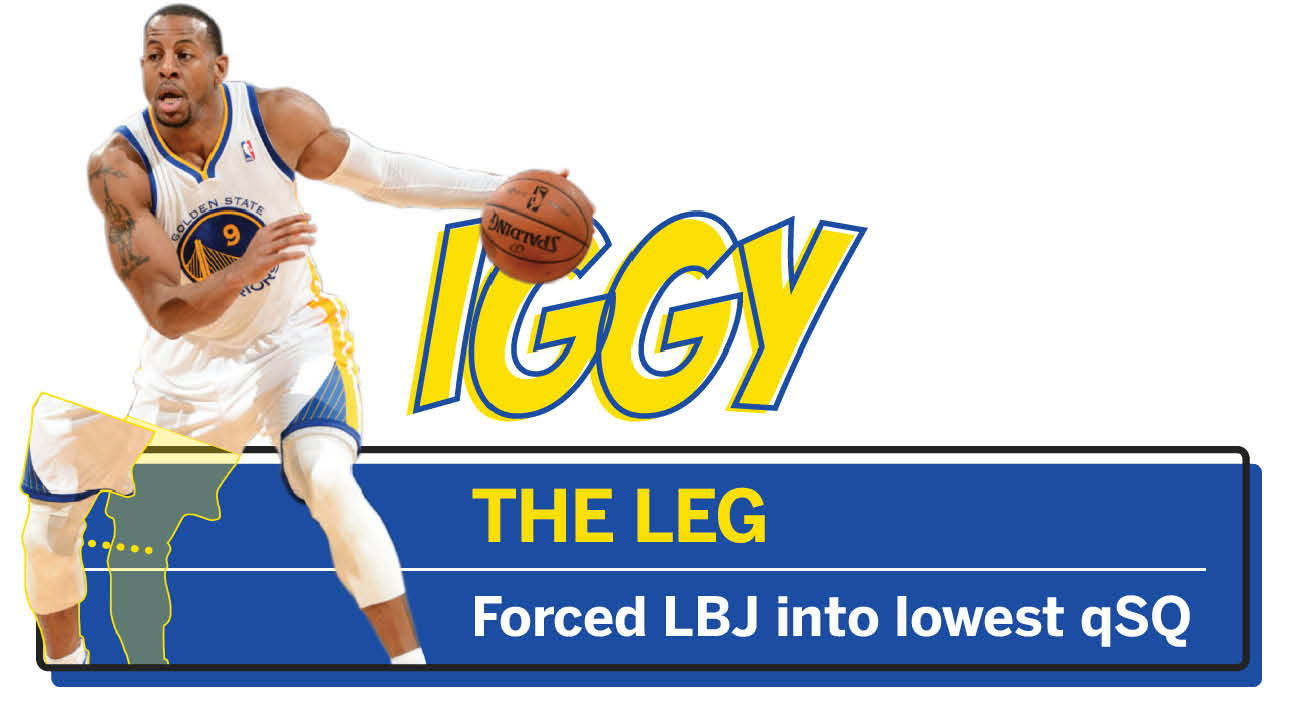 Iggy's workhorse legs power one of the league's elite defenders. He was able to force LeBron to jack up shots with the lowest Quantified Shot Quality (qSQ) of any defender in the league. 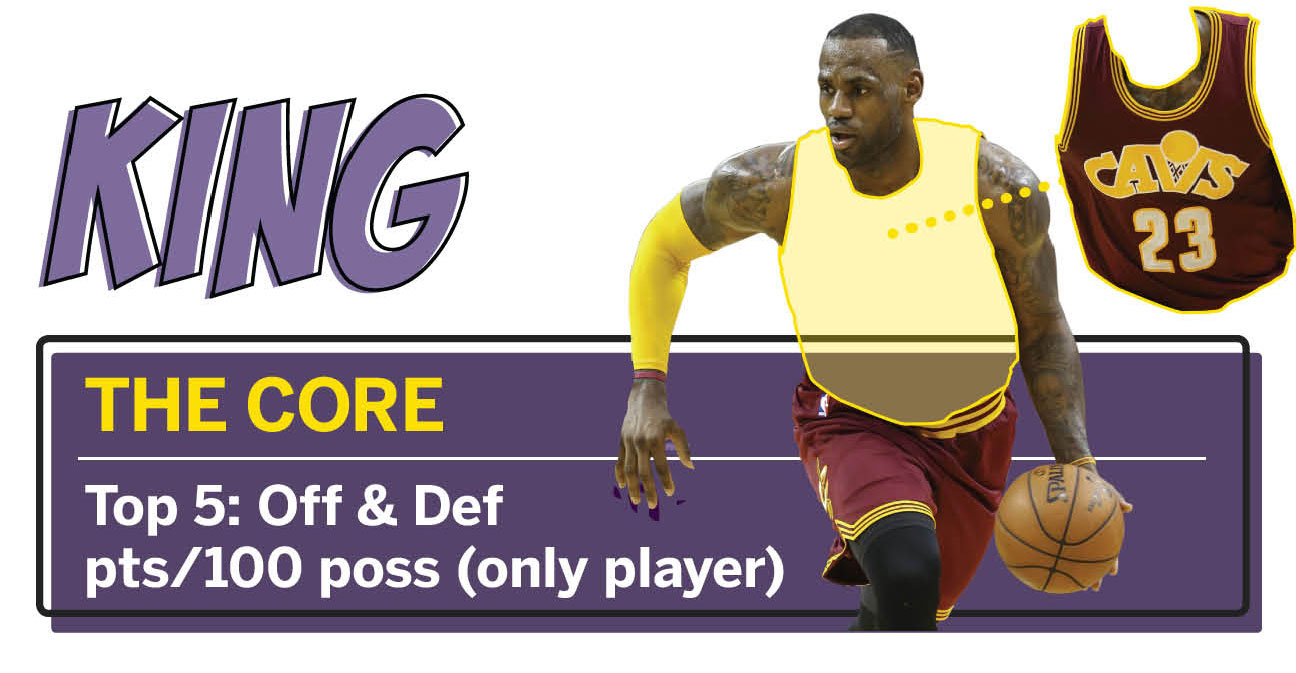 If you come at the King, you best not miss. LeBron holds the throne as the only player in the league in the top five for both offensive and defensive points per 100 possessions. 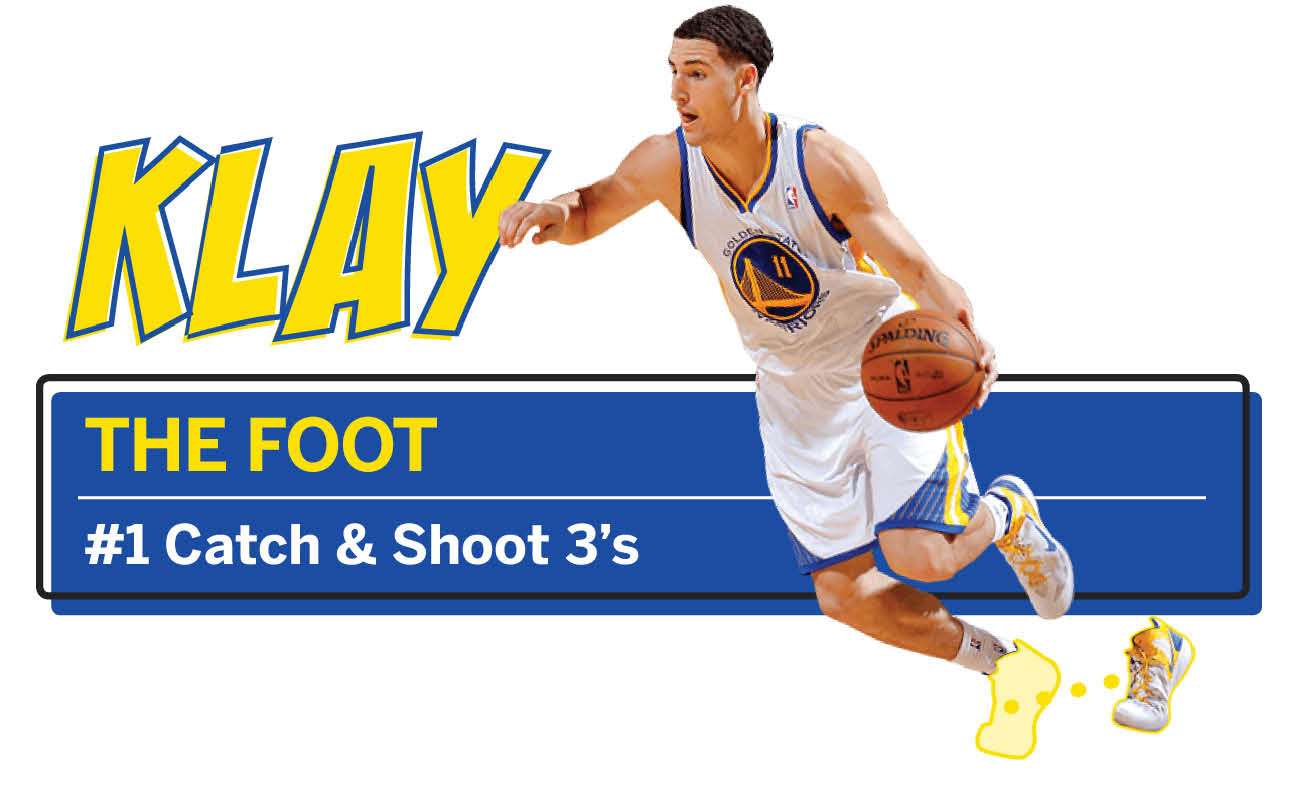 When it comes to catch-and-shoot opportunities, Klay is the definition of "lights out." He shot a blistering 66 percent eFG on 543 Catch & Shoot 3-pointers, tallying over 100 more of these attempts than any other player. 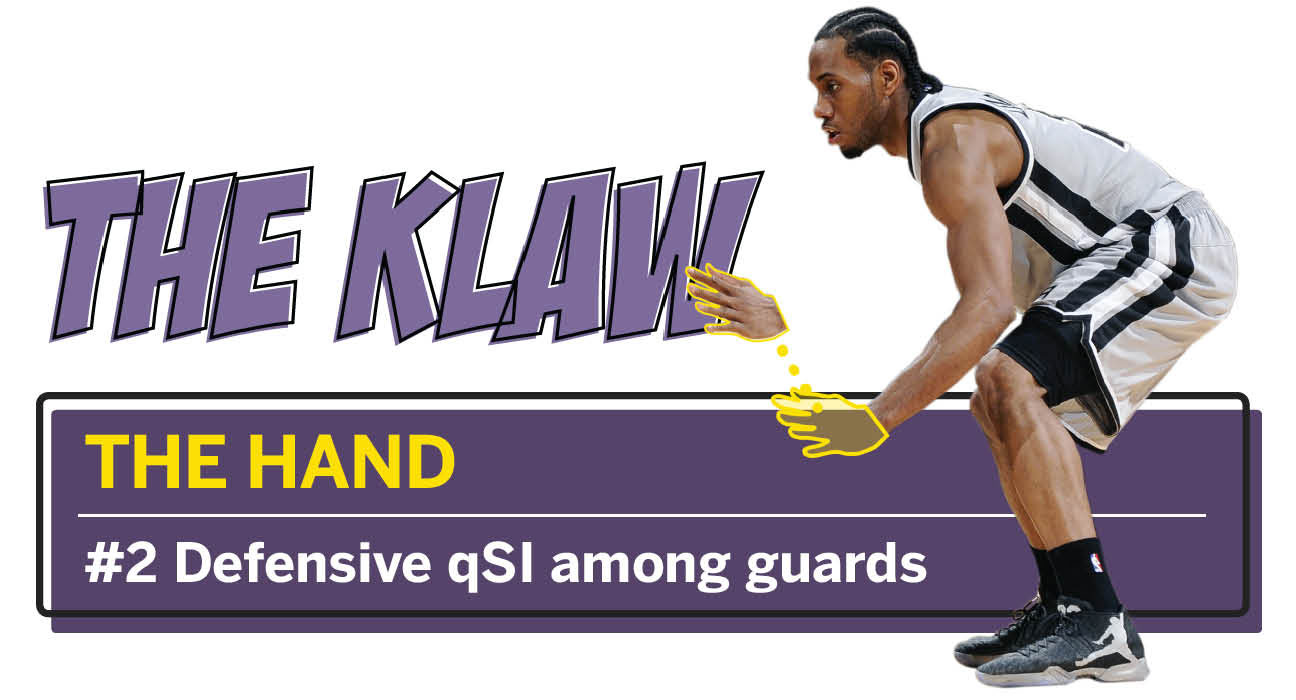 When the two-time Defensive Player of the Year is locking down a shooter, he flexes the No. 2 Quantified Shooter Impact (qSI) on defense, forcing his opponent to shoot 6 percent below expectation.

*Quantified Shot Quality (qSQ) is how hard the shot is at the time of release if an average NBA player was taking a similar shot. Similarity is based on factors such as shot distance, defender position, shot type, etc.

*Quantified Shooter Impact (qSI) is how much better a player shoots compared to an average NBA player for the shots they take. Shooter impact (qSI) is shooting performance (EFG) minus shot quality (qSQ).