In Gregg Popovich's 20 full seasons as head coach, his Spurs -- efficient, consistent and cryptic in their ways -- have never missed the playoffs. Like, not once. What's the secret to their stunning success? Simple: being better than everyone at everything.

No other team in the four major sports comes close to matching the Spurs' 20-year active playoff run. San Antonio's consistency stems from its innovation: Whether it's corner 3s or DNP-rests, analytics or a commitment to international players -- the Spurs did it first, which means they stay ahead of the rest. 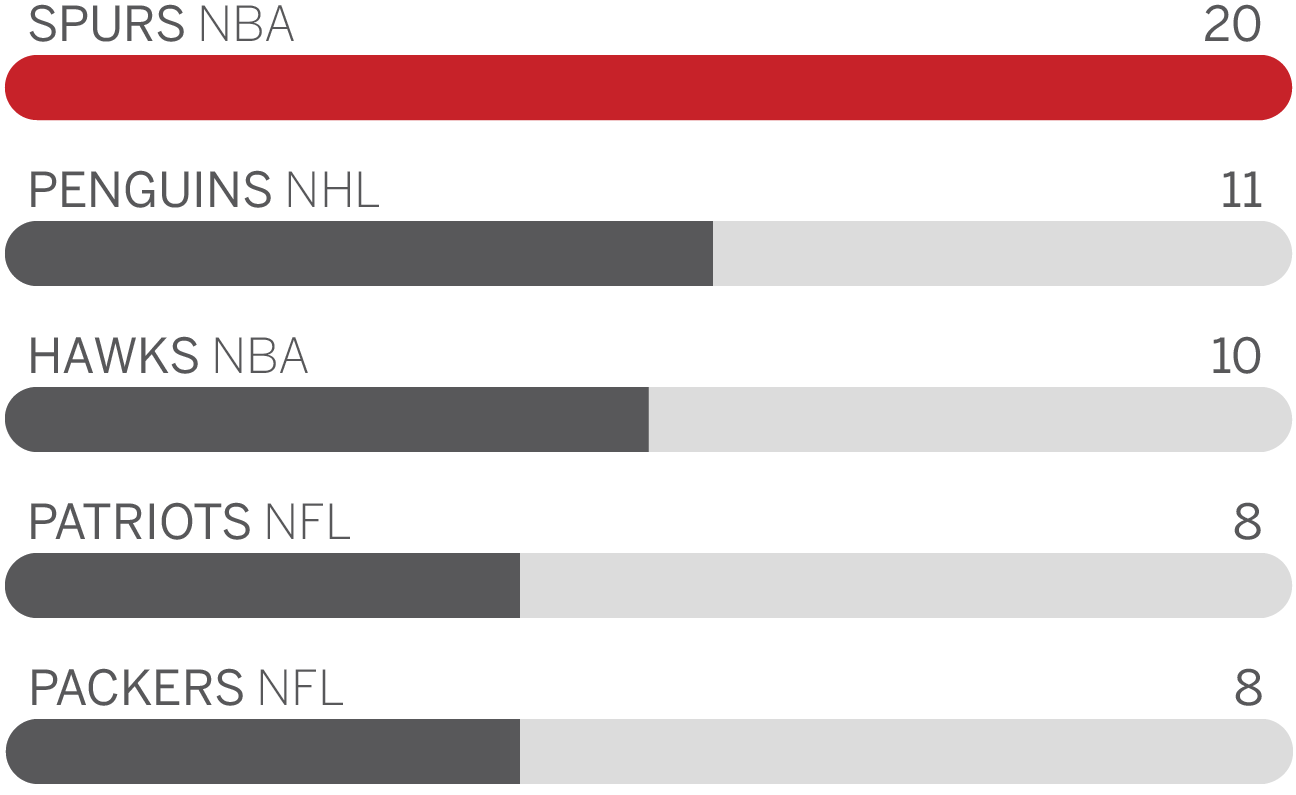 When the NBA zigs, the Spurs zag. Pop's team adopted the corner 3, basketball's most efficient shot, long before those Splash Brothers Warriors did. When everyone else caught on -- and started guarding the perimeter -- the Spurs turned to the open midrange J. Today? They make the most of every possession.

If any team believes that defense wins championships, it's San Antonio; the Spurs have shut down opponents decade after decade. Even without Tim Duncan, who ranks third all time in defensive rating, they still took the top spot in defensive rating this season, ahead of the Warriors and Jazz. 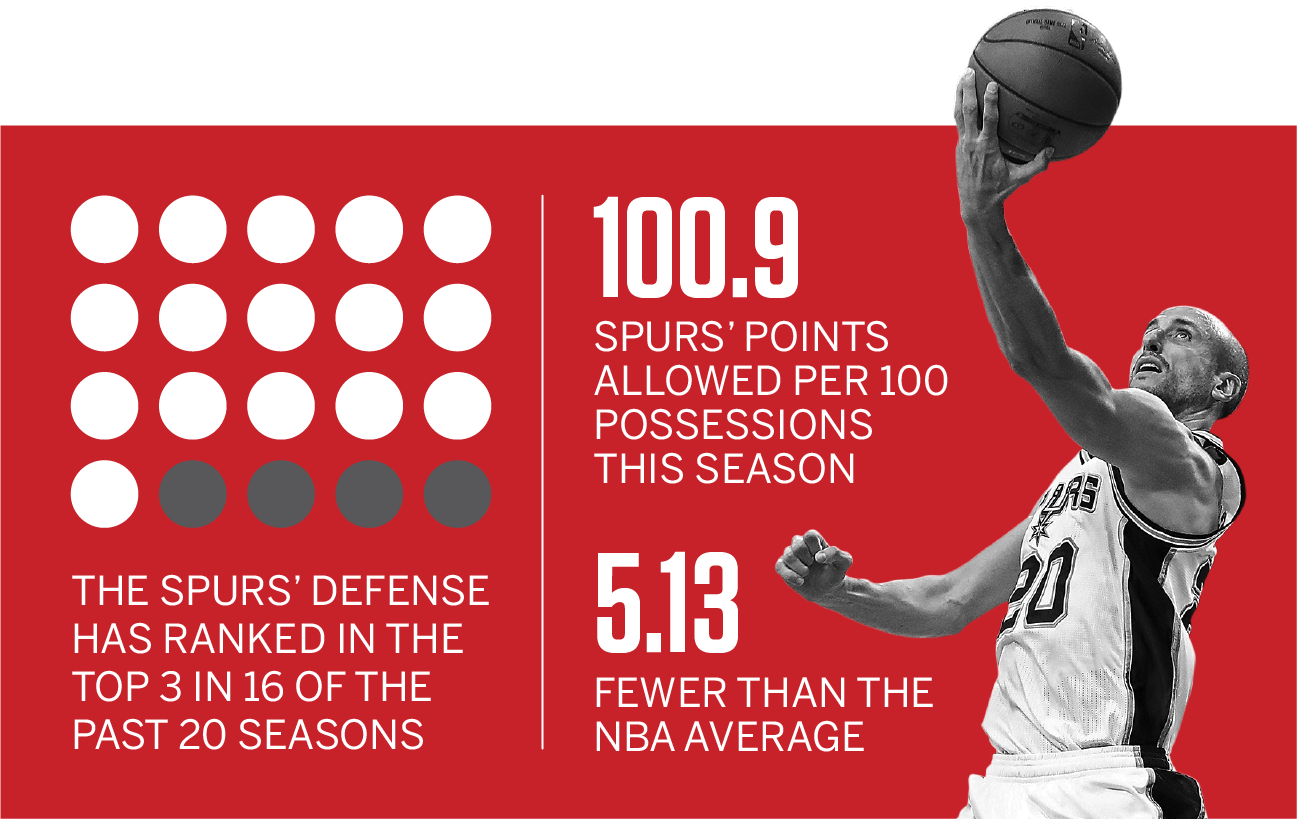 The Rise of Kawhi Leonard

No Duncan? No problem. Since the Spurs last won the championship in 2013-14, Leonard has evolved from emerging role player to indispensable MVP candidate. His impact on the team -- as measured by impact percentage -- has nearly doubled, going from ninth to second. In 2016-17, only LeBron James and Jimmy Butler did more at Leonard's position. 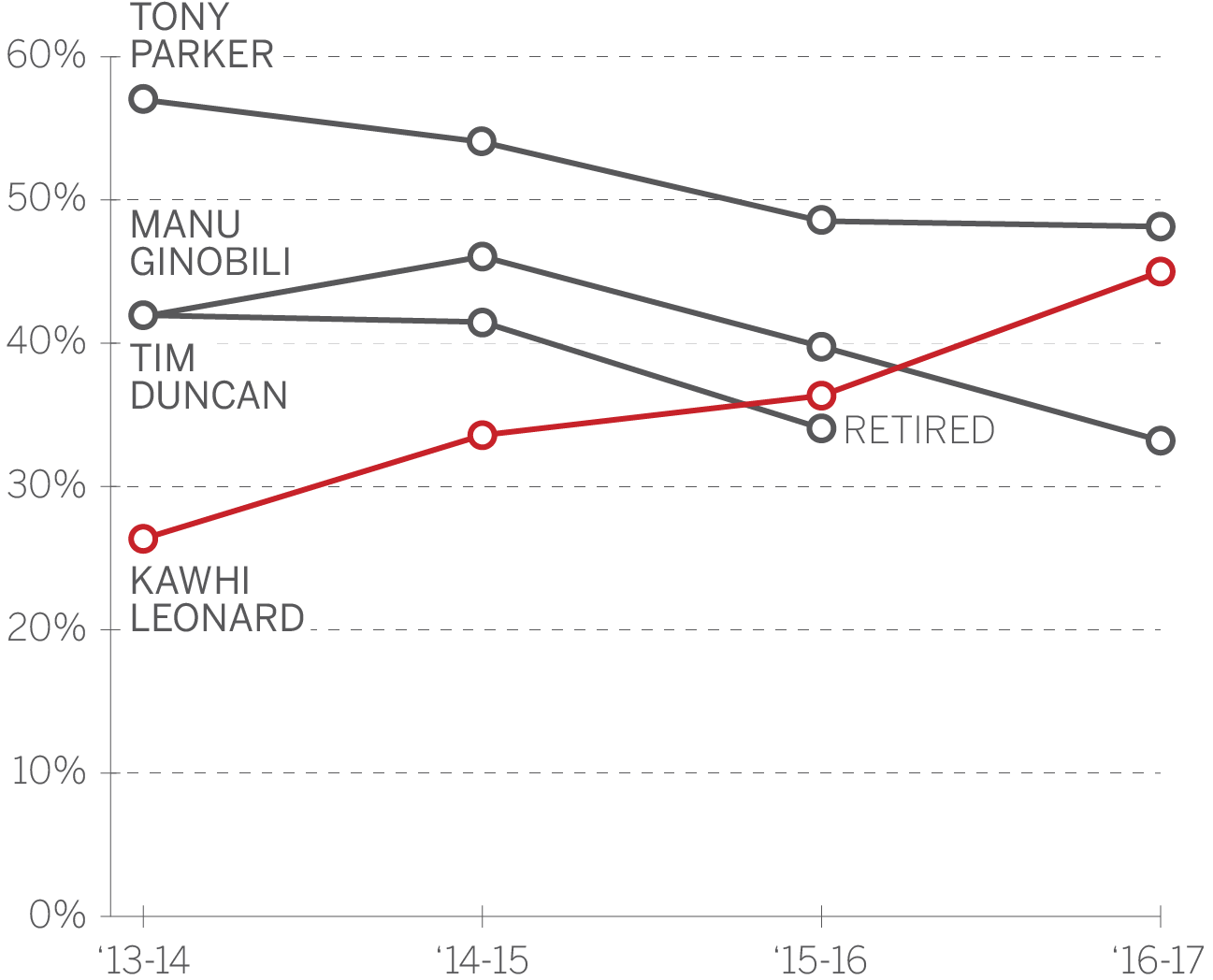 TOP 5 IN THE IMPACT PERCENTAGE AMONG NBA SMALL FORWARDS 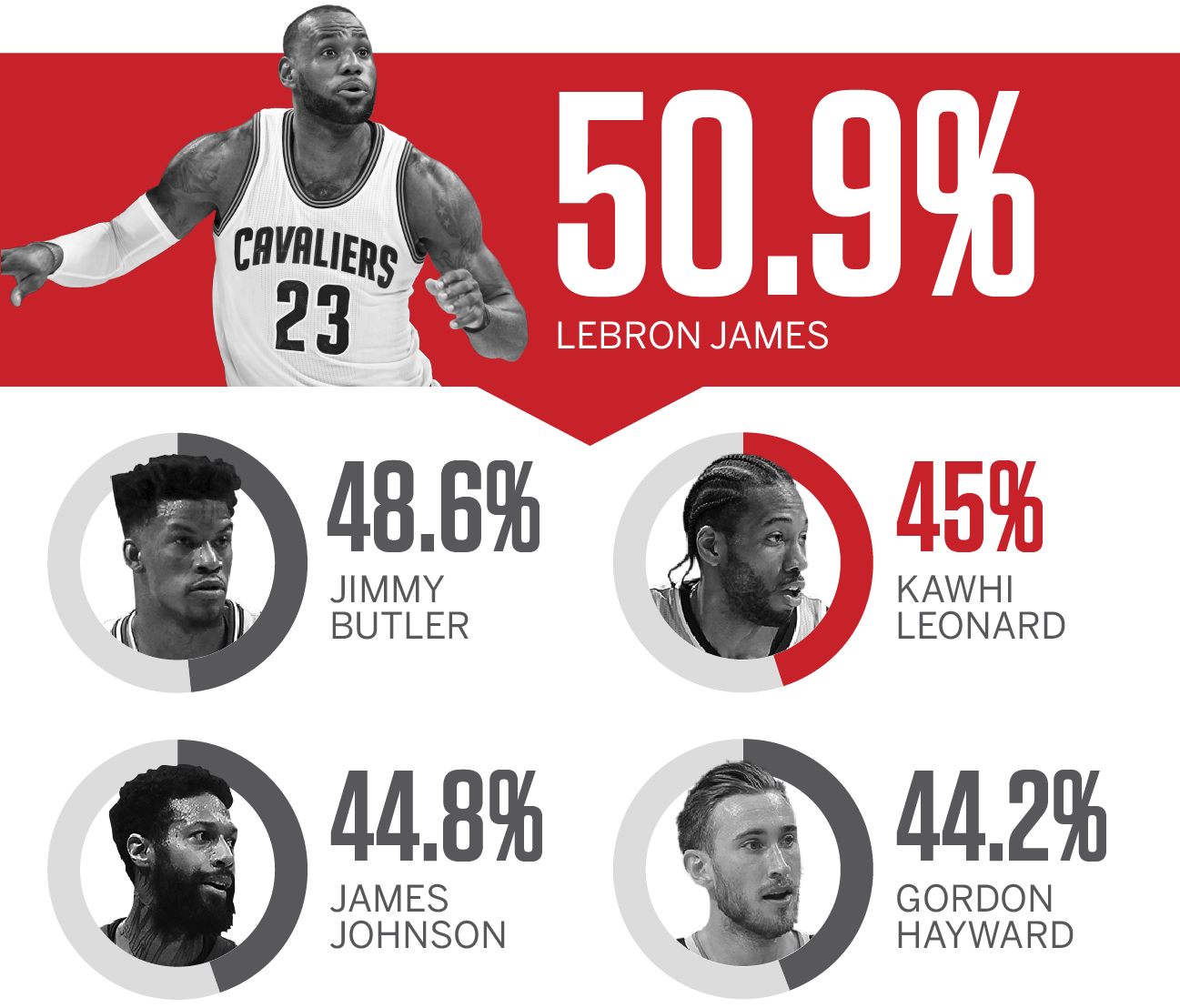 Bad news for the rest of the NBA: there's no end in sight to the Spurs' dominance.