Several high-profile matchups for the 2017-18 NBA regular season were announced last week, when the league revealed its Christmas Day slate as well as a handful of opening week tilts.

But when the full 1,230-game schedule was dropped Monday, we immediately circled these 10 games, many of them emotional reunions in which stars return to their old stomping grounds for the first time.

Those were DeMarcus Cousins' words to the Undefeated's Marc Spears earlier this month when the New Orleans Pelicans center was asked about playing his first game back in Sacramento, where he spent six and a half seasons before being traded to New Orleans last season.

Cousins' temper has gotten the best of him plenty of times on the court, and it will be very interesting to see how he manages his emotions back home against his former team.

Magic Johnson didn't mince words when the Lakers traded away D'Angelo Russell, the No. 2 overall pick in the 2015 draft, calling Russell an "excellent player" before adding, "But what I needed was a leader. I needed somebody also that can make the other players better and also [somebody] that players want to play with."

This classic bout between longtime bitter rivals will always carry extra juice (and for a history lesson, check out ESPN's excellent two-part 30-for-30 series on the bad blood that dates back decades), but now it features tantalizing matchups between the No. 2 picks (Brandon Ingram and Lonzo Ball) and the No. 3 picks (Jaylen Brown and Jayson Tatum) in the 2016 and 2017 drafts.

Ball and Tatum both starred in the Las Vegas Summer League last month, showing plenty of promise, which should help revive a rivalry that has been lopsided lately.

Though 76ers guard Markelle Fultz was the top pick in the 2017 draft, Ball dominated the headlines all summer long -- and that figures to continue well into the season, especially with the Hollywood spotlight on Ball.

Still, if Fultz wants to make an early statement about who's the better rookie -- and perhaps the front-runner for the Rookie of the Year Award -- then this first meeting between the two promising floor generals should be enticing. Of course, Fultz might not even be the top Rookie of the Year candidate on his own team, and this will be just the second chance of the season for a national TV audience to check out Ben Simmons, who missed all of last season with a broken foot.

Will Kevin Durant face another barrage of boos when he returns to Oklahoma City? Or has a full season of his absence helped heal old wounds?

The crowd reaction alone will be fascinating, as well as any interactions between Durant and his former teammate, NBA MVP Russell Westbrook. But beyond Durant, it will be even more interesting to see how competitive this matchup will be now that Paul George has joined the Thunder.

George makes his return to the city where he played seven seasons before being swiftly dealt to the Thunder this offseason after telling the Pacers -- through his agent -- that he preferred to play elsewhere upon becoming a free agent next summer.

Pacers GM Kevin Pritchard described hearing George's intentions as a "gut punch," according to the Indianapolis Star. Pacers fans no doubt felt the same. So this game should feature plenty of emotions.

Yes Indiana, Dec. 13th will be a special night for me too! We all will have different reasons! 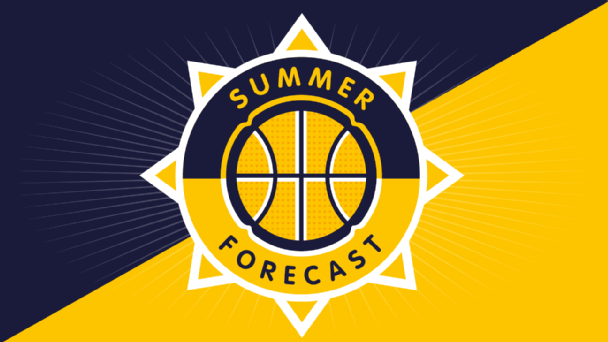 Chris Paul raised the Clippers from a punchline to a contender -- no easy feat, that -- before being traded to the Rockets this summer, where he joined a team that's even more of a contender.

Given all that Paul did for the Clippers during his tenure, one expects longtime Clippers fans to give him a standing ovation. And one also expects Paul to show no mercy on his former teammates.

Jimmy Butler will make his return to the United Center after being traded up north this offseason for what will be the only national TV game for the Bulls in 2017-18.

With former Bulls coach Tom Thibodeau on the United Center sidelines coaching Butler and fellow former Bull Taj Gibson, it will be an odd sight for Bulls fans, who grew used to that group together for four seasons in Chicago, all of which ended in playoff appearances for the Bulls.

Depending on the standings and how well George acclimates in Oklahoma City, this could be a pivotal Western Conference matchup between two teams hoping to threaten the Warriors' chances of repeating.

Oh, how the stars align for this one.

According to ESPN Stats & Information, Gordon Hayward makes his first return to Utah with Celtics head coach Brad Stevens on almost the eight-year anniversary of when those two helped lead mid-major Butler to the 2010 Final Four.

That game occurred on March 27, 2010, when Butler knocked off Kansas State in the Elite Eight. Soon after, Gordon declared for the draft and was eventually drafted by the Jazz, where he spent his entire NBA career ... until he joined the Celtics this summer and reunited with his former college coach.

Saving Hayward's return to Utah for so late in the season will only help the anticipation grow, especially after seeing how other stars throughout the league are welcomed back to their old homes.