INDIANAPOLIS -- When Victor Oladipo woke up from an evening nap on Jan. 23, his childhood dream finally became a reality. Indiana Pacers GM Kevin Pritchard called Oladipo with the news that he had been selected to the All-Star team for the first time in his five-year NBA career. Oladipo couldn't wait to tell his mother.

But Joan Oladipo, whom he describes as his biggest supporter, had something more important going on at that moment.

She was in church.

"She told me she'd call me back," Oladipo said. "I kept trying to tell her and she finally whispered in one of those mom tones, 'I'll call you back when I get out of church.'"

His moment with his mom would have to wait. But, make no mistake, Oladipo's short time with the Pacers has been a revelation. The fifth-year guard has been a star on both ends -- ranking 11th in the league in scoring (24.4 PPG) and third in steals (2.1 SPG) -- while leading Indiana to a surprising sixth place in the Eastern Conference standings.

In his mind, he's just getting started, too.

"Making my first All-Star team is something I'll never forget," Oladipo said. "It's also one of those days where you reflect and then you realize you want more."

After Lance Stephenson found out about the trade that sent Paul George to the Oklahoma City for Oladipo and center Domantas Sabonis last summer, his reaction was similar to most people's around the league: What the hell are we doing? We're giving up one of the best players in the NBA.

The trade was viewed as a desperation move by Pritchard. George's agent had notified the organization that its star forward didn't plan to re-sign with the team when he became a free agent in 2018. So Pritchard had to find a way to get something in return before George left for nothing.

The Pacers, according to Pritchard, had several trade options, but owner Herb Simon didn't want to risk acquiring draft picks and basically tank this season away.

"We had a list of a few things that we wanted," Pritchard told ESPN. "We wanted talent, a great working attitude and an unselfish attitude. We wanted to create a positive atmosphere around here."

Enter Oladipo, 25, who spent the first three years of his career in Orlando and was coming off a solid season in Oklahoma City, where he averaged 15.9 PPG alongside 2017 MVP Russell Westbrook.

The trade took Oladipo by surprise. He learned of it during a layover in Atlanta while en route to Florida for a summer workout. Numerous tweets and text messages informed him that he was heading to his third team in just four years in the NBA.

"I wasn't warned, nobody told me," Oladipo said. "It was shock, but it happened and I had to adjust and I had to get over the fact it happened. I was excited after letting it all soak in, excited to be able to come back here and play."

"After what we went through with somebody who didn't want to be here, to have someone who really wants to be here is so rewarding and refreshing." Pacers owner Herb Simon

Oladipo has embraced playing in the state he starred in while at Indiana University. He likes to point to the ground and remind the fans at Bankers Life Fieldhouse that, "This is my city," after making an electrifying play. It's a refreshing feeling for an organization that has been searching for somebody to be the face of the franchise the way Reggie Miller was until he retired in 2005. That title was short-lived for Jermaine O'Neal, Danny Granger and George.

"After what we went through with somebody who didn't want to be here, to have someone who really wants to be here is so rewarding and refreshing," Simon told ESPN. "His whole spirit brought life into the whole team and the whole organization. So we love that."

When Oladipo arrived, he brought his work ethic and confidence to practices, games and the locker room. Those were things the Pacers were often missing last season. According to those around the team last season, excuses flew around quicker than passes on the court and younger players were too timid to speak up in the locker room because they didn't know what the reaction would be if they said anything.

One of the strongest attributes Oladipo has shown in Indiana, according to members of the organization, is that he holds himself accountable for his actions.

"It's kind of hard to coach young talent because they have huge egos," coach Nate McMillan said. "They think they know everything and a lot of times you just wonder if they're listening. This kid has a good spirit about him. It rubs off on the team, the organization. It's fun to come to the gym and work with him."

Added veteran forward Thaddeus Young: "Vic's positivity is contagious. He's like a breath of fresh air. He's happy regardless, no matter what. Of course he hates to lose, things like that, but he still tries to bring the positive energy.

"We've been down a number of times at halftime, sometimes down a lot, and he's always telling us to hang in there because we'll get back in the game. I think that's the biggest thing that's changed from last year to now. He's been huge for us on the court and he's been huge in the locker room."

McMillan said he felt the moment Oladipo really "arrived" was when he made a 3-pointer in transition with the Pacers trailing the Chicago Bulls by two points with 31.1 points second left in a game in December.

"He raised up and shot that shot with so much confidence when we only needed two points to tie the game," McMillan said. "I didn't think of it at that moment because the game was still going on, but afterward it reminded me of Brandon Roy when we were developing him in Portland. He hit his first game-winner and it gave him all kinds of confidence and that, I think, kind of established or showed him what he's capable of doing. Vic has remained aggressive in the fourth quarter ever since then."

Oladipo has 82 total clutch points this season, according to ESPN Stats & Information research. That's good enough for 12th in the NBA. (George finished 12th in clutch points last season with 143.) Among players to play at least 50 clutch-time minutes this season, only LeBron James, Kyrie Irving, DeMar DeRozan, James Harden and Steph Curry are averaging more points per minute in clutch time than Oladipo. Meanwhile, the Pacers are 0-6 in games Oladipo has missed this season.

In other words, Oladipo has been doing his best Westbrook impression this season.

"I was around him all year and I picked up on it all year when it came to his competitiveness," Oladipo said. "He's competitive in everything in life. Do you hear me when I say everything? I can't think of just one thing because there's so many things. I'm the same way. We tried to match each other's energy, which is why we're such good friends."

Most of all, Oladipo said he learned to have a "no mercy, killer instinct" on the court.

"Russell Westbrook plays with an edge 99.9 percent of the time that he's out there and I think that was incredible for Victor to be around that," said Tom Crean, who coached Oladipo at Indiana, "and I think he was in a role where he had to find different ways to contribute on a team that was very good and a team that had expectations of playing for a championship. All those lessons he went through have been great for the role he's in with Indiana."

The Pacers have exceeded expectations during a season many thought would be a rebuilding year. ESPN's Basketball Power Index currently gives them a 90 percent chance to make the playoffs. And the narrative of the Paul George trade has quickly changed.

"In the beginning of the season no one knew [Oladipo] would be playing like this where he's taking over games," Stephenson said. "I underestimated Victor and Domas when the trade happened. Now I think it was a hell of trade."

Four years ago, the Pacers reached the Eastern Conference finals, led by a core of George, David West and Roy Hibbert. Now, they're searching for a new group of players to build around. 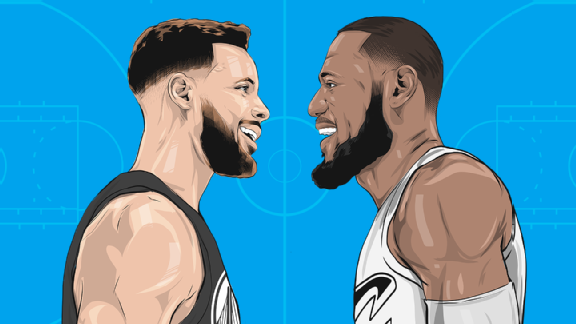 Can you draft an All-Star champ? Build your own superstar roster and try to defeat Team LeBron or Team Steph. All-Star Draft: Play!

At the start of the season, McMillan told Oladipo, Sabonis and forward Myles Turner that at least one of them needed to be an All-Star within the next two years in order for the franchise to have success.

Oladipo has answered that challenge ahead of schedule.

"I'm at my best when my back is against the wall," he said. "It's always going to be against the wall. I've been through so much in my lifetime and my career, I can never get comfortable.

"Someone asked me one time, 'Are you comfortable here now?' I said no, I never will be comfortable. Not in a bad way, it just motivates me to get up every day and go to work and chase greatness. I still have a lot of room to improve. Those [game-winning] shots, those moments, are in the past, they mean nothing now. They're just memories. I have to continue to keep working so I have great memories."