Shedding bubble wrap is a process, Toronto Raptors coach Nick Nurse has discovered. You try to unpack everything that transpired, and efficiently dispose of what you no longer need, but similar to when you receive a package in the mail and all those little Styrofoam peanuts disperse, some time later a couple of those little buggers emerge from under the couch, and you must purge the irritation that lingers at the mere sight of them.

This is the charge of the reigning NBA Coach of the Year, and soon-to-be ex-reigning NBA champion. The Raptors have held a vise grip on the Larry O'Brien Trophy longer than any other team in history -- 483 days and counting -- because of an unprecedented pandemic that threw the traditional schedule into chaos. Nurse's team was expelled from the Florida bubble nearly a month ago, on Sept. 11, at the hands of a Boston Celtics team that is now also at home watching.

"Move on," Nurse implored to himself, but it's not that easy.

From outside the NBA bubble 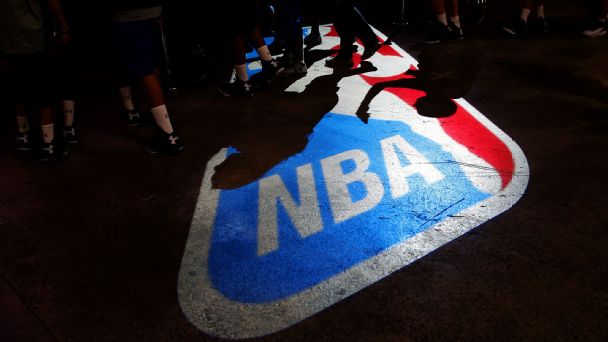 Nurse agreed to watch Game 5 of the NBA Finals between the Los Angeles Lakers and Miami Heat on Friday along with this reporter. It isn't a pleasant experience, he acknowledged, because, "We could be there winning games. And, I guess, I feel we should be there."

"It's too bad, really," Nurse said. "You could say that Miami and us flip-flopped. We were rolling going into the pandemic. We were kicking ass. And Miami was struggling ... they looked like they were getting ready to take a nosedive. But then everything stops, and you have to be able to reset.

"Three of the top four seeds got bounced, so I guess you would say the Clippers, Raptors and Bucks were affected the most [by the stoppage]. Looking at our guys, we probably didn't quite get the normal play, or average play, from [Marc] Gasol and [Pascal] Siakam."

The 35-year-old Gasol averaged just 6.0 points and 4.4 rebounds in the playoffs and shot only 18.5% from the 3-point line. He contemplated skipping the bubble altogether because of concerns over his elderly parents, who still live in Spain, which at one juncture was one of the worst hot spots for COVID-19. "It was tough for him," Nurse said. "He operates a lot better with the ease of his family being around, and the knowledge they are doing fine. He didn't have that comfort, and they were a long way away."

Siakam, whose meteoric rise was culminated by his first All-NBA selection this season, also endured notable struggles. With his increased responsibilities came increased scrutiny, and his postseason play (17.7 points, 7.5 rebounds and 39% shooting) fell well below the regular-season standards he had set in 2019-20. Opposing players and coaches who have since left the bubble noted privately that Siakam seemed particularly out of sorts in Orlando, both on and off the floor.

"He wasn't right," Nurse conceded. "I just think he lost his bounce. He didn't look as athletic or as strong or as fast. He was in tip-top condition in March, but the lack of playing for three or four months hurt him. He couldn't get it going, and he never did get back to where he was conditioningwise.

"So, the layoff made a difference for him. But look, the Lakers and Miami had the layoff too, and they didn't let that stop them. That's why they're still playing."

Nurse was asked pregame for keys to how the Heat could stay alive. He responded, "Miami needs to believe ... and keep fighting. Hang in, keep close, so they have a chance to steal it at the end. Obvious, but they also need some easy baskets in the first three quarters. Because we know it will be hard in the fourth."

When Toronto was eliminated from contention, unlike other teams who were free to go home and resume some semblance of a normal existence, the Raptors were subjected to strict Canadian guidelines that required them to quarantine at home an additional 14 days.

While in the bubble, Nurse spoke openly of the angst his players and coaches and front-office personnel experienced being away from their families for so long. But it wasn't until he attempted to reacclimate to his daily life that he completely understood the gravity of the disconnect. Nurse's 3-year-old son, Leo, solemnly vowed to remain at the door, waiting, when Nurse departed for Orlando in July. His son Rocky, who was born during his father's magical Finals run last June, was too young to articulate anything.

"When I got back home," Nurse said, "the kids were in the neighborhood playing. Leo saw me from the top of the hill and did a dead sprint into my arms for a 5½-minute hug. But when I grabbed Rocky, he looked at me like, 'Hey man, put me down. Who are you?'"

Aside from reintroducing himself to his youngest son, Nurse escaped to the countryside with his wife, Roberta, to celebrate their wedding anniversary and play a little golf. The admitted hoops junkie abstained from watching the Eastern Conference finals.

"I just wasn't feeling it," Nurse said. "I wasn't quite over it. Even now when I watch these [Finals] games, it's still a little painful."

The future of his team is shrouded in some uncertainty. Nurse was given an extension by the Raptors at season's end by team president Masai Ujiri, but Ujiri has yet to sign an extension of his own. Gasol is contemplating a return to Spain, and although a report he already has signed with Barcelona was erroneous, it might turn out to be simply premature. Nurse acknowledges that Gasol, who made $19.69 million this season, might move on. Toronto also has two key free agents in Fred VanVleet and Serge Ibaka, both of whom will draw interest in the open market.

"I liked where we were this year, with our top seven pieces in place," Nurse said. "It's a shame we didn't have Patrick McCaw (who left the bubble because of an ailing left knee), because I know he would have helped us. Our guys just fit together. All of them.

"We've got Pascal and Kyle [Lowry] and OG [Anunoby] locked up. But beyond that, we'll have to see how things play out."

He is asked if he ever contemplates what the rest of us have: If Kawhi Leonard hadn't bolted to Los Angeles to play for the Clippers -- who were eliminated in the same round as the Raptors -- would he have had a better chance of winning another ring?

"It's had to cross my mind because everyone keeps mentioning to me," Nurse said, chuckling. "Could we have won a few if he stayed? Sure. But he didn't."

Nurse insists he harbors no ill will toward Leonard, whom he still texts from time to time. "We talked a bunch of times in Orlando," Nurse said. "I enjoyed seeing him. But it was never like, 'Why'd you leave, man?'"

As Nurse watched Game 5, he texted at halftime that the Lakers, who trailed by as many as 11 in the second quarter, "have got to be happy they're only down four." While Anthony Davis again checked Jimmy Butler defensively, Nurse noted the difference in this game was that Butler took "enough jumpers, and made some multiple dribble moves" that enabled him to cover some ground, "both of which," Nurse said, "are good against Davis."

"The Heat are also screening A LOT for Butler when he handles, and using many combos to get Davis off him," he added.

In between lamenting what could have been for his Raptors, Nurse has written a new book scheduled to be released on Oct. 13 titled "Rapture: Fifteen Teams, Four Countries, One NBA Championship, and How to Find a Way to Win -- Damn Near Anywhere." It covers everything from Nurse's childhood aspirations of being an Olympic pole vaulter to his nomadic path to the top of the NBA mountaintop.

"I got approached to do it right after Toronto gave me the [head-coaching] job," Nurse said. "It was supposed to be a cute story of how this guy made it to NBA. We started in on it, and then, obviously we had to add a couple of chapters."

The book is still not closed on the Raptors after Butler's spectacular Game 5 outing (35 points, 12 rebounds, 11 assists, 12-of-12 from the free throw line in 47 minutes) breathed new life into the Heat's remarkable season. Nurse and his Toronto boys live to enjoy another couple of days in Title Town.

"Jimmy was awesome," Nurse texted. "Duncan [Robinson] too. 26 points for an undrafted kid that started at a D3 school! The Lakers let their star take the shot, and the Heat got the ball out of LeBron [James]'s hands."

The Lakers, pushing for their 17th banner, will have to wait to pop the champagne. "Winning is so hard," Nurse said.

Perhaps the burden of being a defending champion, which so many others before the Raptors have characterized as daunting, didn't apply in Toronto's case because of Leonard's departure and the notably diminished expectations that followed.

"It never felt like a burden -- ever," Nurse said. "We hardly ever talked about it. Even when we were fighting in the playoffs to stay alive, maybe once someone said, 'Hey, c'mon, we're the champs, let's keep it going,' -- you know, show a little swag -- but that was it. I kind of liked how our guys approached it.

"I felt like we were playing free all season long. It's so hard to win it, you really need to enjoy it when you do.

"And we definitely have."