MINNEAPOLIS -- Inside the draft room of the Minnesota Timberwolves, the team with the No. 1 pick in the 2020 NBA draft, the tape rolls on James Wiseman, an athletic 7-foot-1 big man with skills and measurables executives dream about, a blank canvas of raw ability and promise that evokes hopes of All-Star appearances, awards and success.

It is mid-morning on Nov. 7, and virtually the entire Timberwolves front office is watching the former Memphis big man dominate the only three games of his collegiate career.

Timberwolves president of basketball operations Gersson Rosas sits at the head of a large rectangular conference table, asking questions intermittently for his analytics specialists to dig into as the highlight reel restarts.

Assistant general manager Joe Branch, a former agent, is leading the breakdown of Wiseman, sharing intel and information gleaned from interviews and conversations with coaches, including Memphis' Penny Hardaway.

Experts are digging into the possibilities of Wiseman playing alongside All-Star and former No. 1 overall pick Karl-Anthony Towns, looking for other examples around the league of successful two-big partnerships. Hall of Fame coach and current team consultant Rudy Tomjanovich, who is taking part in the meeting via phone, discusses his Hakeem Olajuwon-Ralph Sampson duo in Houston.

Amid the deep dive into Wiseman's potential fit in Minnesota, Rosas interrupts with breaking news. The eyes in the room shift to a wall covered with mounted televisions, one of which is showing CNN on mute.

"We have a new president, guys," Rosas says. There's a brief moment of quiet conversation as everyone stares at Wolf Blitzer announcing President-elect Joe Biden.

Then it's right back to work. The Timberwolves are on the clock, as they have been since winning the No. 1 overall pick in the NBA draft lottery on Aug. 20.

The final days of prep work inside the team facility are about tying up loose ends in a draft season framed by the challenges of Zoom meetings, virtual workouts held during a pandemic and limited scouting reports on a 2020 class without a consensus top player. The draft can be a time of anxiety and second-guessing, even as the team projects calm and satisfaction in its good fortune.

After all, if there are any advantages or hacks to drafting during a pandemic, the Wolves have done everything they can to find them.

"I tell people if you're ever going to have the No. 1 pick," Rosas says, "do it in a year where you've got six, seven months to prepare."

THE NO. 1 PICK traditionally represents an opportunity for organizational transformation, a chance to select a player who will energize the fan base in the process of building a contender. It's meant for teams that need a franchise centerpiece.

The Wolves, though, already have one.

Towns was the No. 1 pick just five years ago, and at 24, he is a two-time All-Star under contract through the 2023-24 season. Everything the franchise considers orbits around him.

Last season, the Wolves acquired Towns' closest friend in the league, fellow All-Star D'Angelo Russell, in a trade with the Golden State Warriors for Andrew Wiggins. Those two are expected to be their pillars going forward.

But as their reaction on lottery night showed, with fist pumps and high-fives in the draft room when the pingpong balls went their way, they aren't complaining about having a shot at a potential third pillar.

"It's good to be No. 1," assistant general manager Gianluca Pascucci says.

Because it's not as though the past, say, 15 years or so have been all that successful. The Wolves have been to the playoffs only once since 2004, and they traded the player who led them there -- Jimmy Butler -- six months later.

"I'm a big believer that there's talent in every draft. It's just our responsibility to find it."

The franchise underwent a refresh at that point, with Rosas taking over as president of basketball operations in 2019 with an eye toward five buzzwordy core values: alignment, collaboration, inclusivity, diverse backgrounds and, of course, youth. One of Rosas' first moves was giving a permanent gig to 33-year-old interim coach Ryan Saunders, son of the late Flip Saunders, making him the youngest head coach in the NBA.

On this day, the front-office group wants Saunders' opinion on a prospect's fit with the Wolves' preferred style. This is something about which Saunders raves. Coaches' meetings are open to any front-office staffer and vice versa.

Saunders likes to mention the upsides of a difficult summer in Minneapolis, which became an epicenter for social unrest following the killing of George Floyd in May.

Players had the opportunity to spend the warm months in-market, experiencing something other than the traditional frigid NBA season. They held workouts at nearby Lake Bde Maka Ska, setting up a mobile weight room next to the water.

The NBA draft is in the books! Get ready for LaMelo Ball, Anthony Edwards and the next wave of NBA talent.

Saunders says there was immense buy-in from players, led by Towns, who routinely was in the gym by 6:30 a.m. The Wolves are keen on culture, and Towns is at the heart of what they're trying to build. And even with the first overall pick, there isn't a hedging-bets mindset toward Towns' future with the franchise.

"The players that we're going to look to add to this organization are guys that are going to complement him."

EVERYTHING IS INFORMATION for the Timberwolves, and at this point in the draft process, the franchise is overflowing with it.

Inside the draft room on Nov. 8, Rosas, team executives and analysts sift through clips of Tyrese Haliburton, a rangy 6-foot-7 guard from Iowa State expected to go in the first half of the lottery.

The group discusses how his jump shot projects to the NBA as numbers flash on a screen next to a Synergy highlight package listing every possible stat of relevance. There are questions about seemingly small things, like how many times he got to the rim as a pick-and-roll ball handler (seven).

They discuss anecdotes that might suggest character traits, like a story from Haliburton's freshman season, when teammate Lindell Wigginton gave him rides to practice and they maintained a good relationship despite competing for minutes.

The group shifts its attention to a clip of Haliburton driving to the hoop where he takes a little contact and falls awkwardly. The tape rewinds and they rewatch where his hands are when he hits the floor, trying to determine if that could lead to future injury or even suggest an aversion to contact.

Every detail matters. Dr. Robby Sikka, a former anesthesiologist who is the team's vice president of performance and technology, is the driving force behind the Wolves' progressive view on decision-making, with custom databases to predict injury and performance.

"I think it's much easier to predict failure than it is to predict success," Sikka says. "Our goal, in many cases, is to eliminate people on the basis of failure characteristics.

"As opposed to saying someone is going to be great, I would just like to be able to predict that [a player] is more likely to not be good."

Sikka, who also directs the Timberwolves' COVID-19 procedures, pushed the Wolves to innovate on how to scout and analyze players virtually. For guidance, he connected with franchises in other sports that have drafted virtually.

The Wolves spoke with the Seattle Seahawks, Minnesota Vikings, Pittsburgh Steelers, Philadelphia Eagles and New York Yankees, among others. They talked to one NFL team about how it handled trade scenarios, taking note of the rarity of zero trades in the first 13 picks of this year's NFL draft.

"We called NFL teams to find out how they handled the lack of second physicals," Sikka says. "They didn't get their rechecks this year. They didn't get pro days. They were missing measurements. What do you do? ...

"We were trying to understand how teams are handling risk." 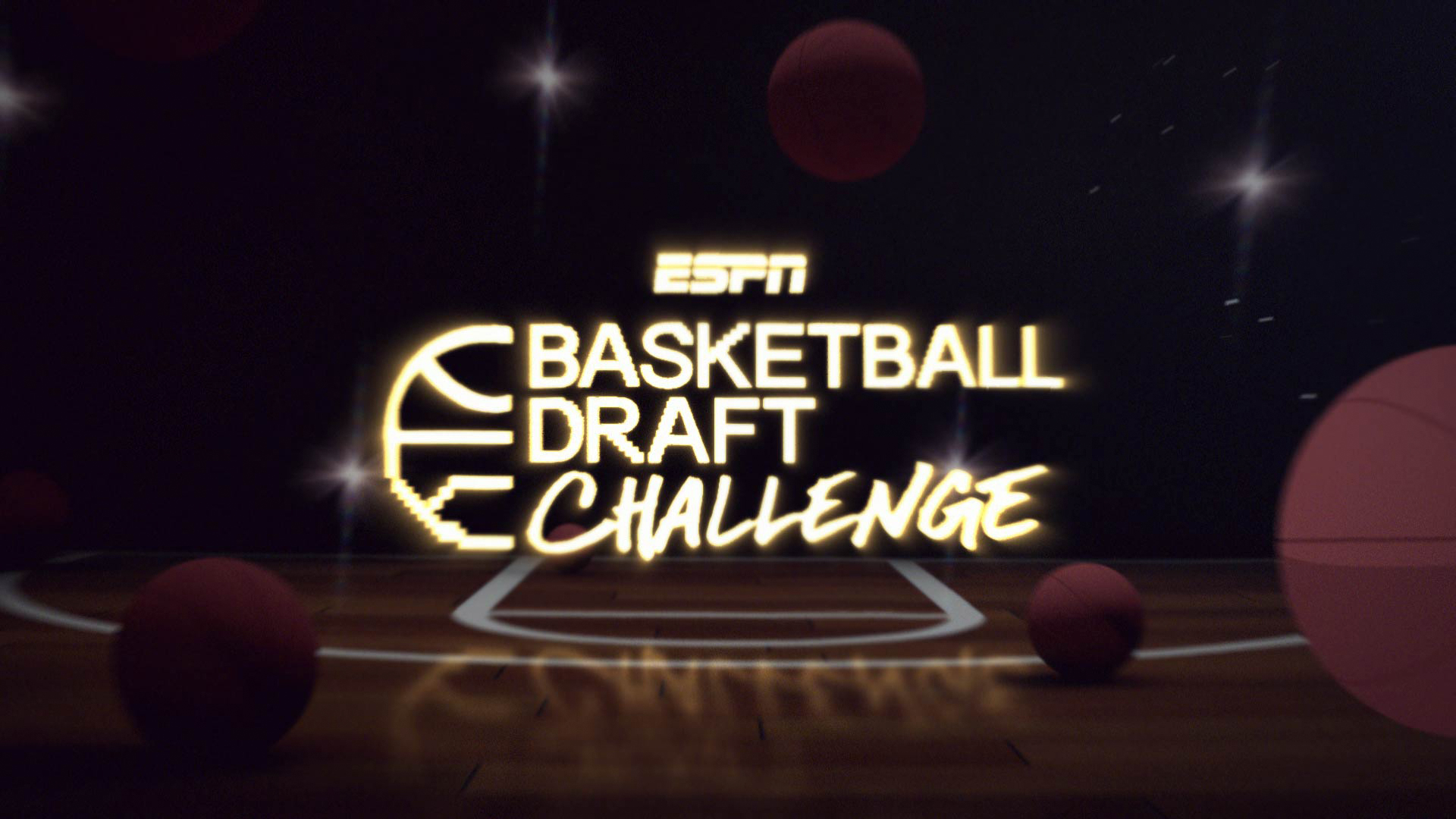 At this point, someone on the Wolves staff has seen every player on their board in person at least once. They routinely do draft simulations based on intel gathered around the league by "spies" to attempt to be ready for every situation.

But with no in-person combine or pro days to obtain measurements and medicals, the NBA has had to curate stats like vertical leaps, wingspans and medical evaluations to distribute to teams. There's a level of trust from everyone that agents and players are all doing it by the book.

Teams are permitted 48 hours in market with a player and a 24-hour follow-up. They get four hours in person in a player's city with a one-hour workout. They can do four hours total of Zoom interviews with a player, broken up into however many intervals they want.

For the Wolves, Zoom interviews are glimpses into a player's life, offering possible clues about what kind of a pro they'll be. Books on a background shelf or fast food bags provide insight. They observe family members walking past or if a player seems a little too rehearsed.

"You never know who's on the other side of the camera, out of the frame," Saunders says. "You never know if they've got 10 people in there, holding up answers to questions. But it's really allowed us to get to know more players."

THE OWNER'S SUITE has become a part-time makeshift cafeteria inside the Wolves' practice facility, with nightly carryout orders dropped off between 6 and 7 from local restaurants as Rosas and the group break from meetings. On Nov. 8, it's sushi from a place called Crave, a team favorite.

There's a discussion about how mock drafts are influencing teams and shaping public perception of a prospect's draft value. Dinner is a breather from the crunch of meetings, interviews and film-watching. But one by one, the staffers dump their to-go boxes in the trash and promptly head back toward the draft room.

As player personnel consultant Ed Tapscott, a former NBA head coach and executive, proudly says, "I have never been part of a group as prepared as this."

For the Wolves, it's a draft full of possibilities. They could take what they hope to be the third star piece in a young core next to Towns and Russell in a draft headlined by Wiseman, Anthony Edwards and LaMelo Ball, who worked out for the team on Wednesday. Minnesota could select someone else, or the team could trade the pick to add more draft assets or an established star-level player.

But it's also a draft full of unknowns, from the obvious challenges presented by the scouting and information-gathering process, to the perception of a weak draft class devoid of top-line lottery talent.

"I say this every year and it's something we challenge our staff with: 'You don't know,'" Rosas says. "You think based on rankings, based on prospects, based on general opinions, but you don't know.

"And the reality is that's why processes are so important with the ability to evaluate talent. I'm a big believer that there's talent in every draft. It's just our responsibility to find it."

For the Timberwolves, there are no late inflection points, no recency bias to swing opinions. But there's a responsibility in getting this decision right and accountability in getting it wrong.