The lawsuit also alleges that Cuban offered Nelson, who was fired in June, $52 million to withdraw a wrongful termination claim and sign a confidentiality statement related to the alleged harassment and abuse of his nephew.

Nelson, in his lawsuit filed in Dallas County court, says that Jason Lutin, described in the lawsuit as Cuban's "right-hand man" and who still works for the team, assaulted and harassed his nephew in a hotel room during the 2020 All-Star Weekend in Chicago. The nephew, a man in his 20s who is not identified in the lawsuit, had been invited by Lutin to his hotel room, the lawsuit says.

Cuban denied Nelson's allegations in an email to ESPN.

"Everything in that filing is a lie," Cuban wrote. "We did multiple complete investigations and the only person that did not live up to the standards of the Dallas Mavericks was Mr. Nelson. He was fired as a result. He was well aware of the investigation. He refused to fully participate. I will say it again, everything he said is a lie."

Lutin also denied the allegations in an email to ESPN and said, "What this man [Nelson] is doing to someone like me is absolutely unspeakable."

"It's a complete lie and I defer to Mavs to comment and who have already dealt with this matter," Lutin said. "And obviously have a lot of information to show none of that ever happened."

NBA spokesman Mike Bass issued a statement, saying: "The NBA league office was aware of the complaint that was made against Jason Lutin and that the Mavericks conducted an investigation into the complaint. We were also made aware by the Dallas Mavericks that Donnie Nelson was going to be relieved of his duties." 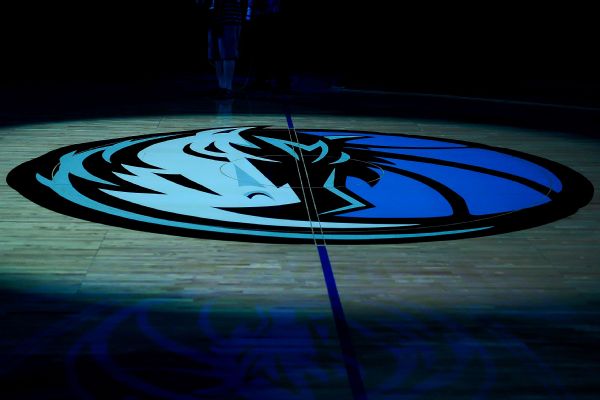 Allegations that were brought against Jason Lutin were promptly and thoroughly investigated by outside investigators and counsel. The NBA was immediately made aware of the allegations. The claims were determined to be fabricated and the matter was resolved. Separately, Mr. Nelson refused to cooperate with the investigators that were looking into his behavior. Nelson's claims of being terminated because of retaliation are completely unfounded and the lawsuit filed today is baseless and full of lies. Mr. Nelson is fully aware, as is the NBA, of the reasons for his termination at the end of the 2020-2021 season. The Mavs have always intended to hold private the inappropriate actions of Donnie Nelson that led to his termination.

Nelson did not find out about the alleged Feb. 16, 2020, incident involving Lutin, or a subsequent settlement for an undisclosed amount that his nephew quietly reached with the team, until five months later, after he and Cuban had begun discussions to extend his contract for 10 years, the lawsuit says.

At that point, Nelson confronted Cuban and said Lutin's alleged activities were "putting the Mavericks' employees, players and the entire organization at risk," according to the lawsuit.

On Sept. 18, 2020, the lawsuit claims, Cuban sent Nelson a text delaying another discussion about a contract extension, saying, "But honestly, before I can talk I have to find out more of what's going on with the other matter. Since it's related to some of the discussions we have had."

Cuban's text, the lawsuit claims, is a response to Nelson's warning that other Mavericks employees were at risk of being sexually harassed by Lutin, whom the lawsuit calls "a sexual predator."

"In this lawsuit, Cuban will be held to account for his lip service and false public persona and repeatedly ignoring and repeatedly covering up high level executives' sexual harassment and discrimination against Mavericks' employees," reads the complaint.

On June 13, Cuban notified Nelson that he was firing him. Media reports at the time said Nelson was fired amid "internal friction" with Haralabos Voulgaris, the former professional gambler hired in 2018 to be the Mavericks' director of quantitative research and development.

The lawsuit alleges a direct link between "Nelson's complaint and report of Lutin's improper activities" and Cuban's withdrawal of a 10-year, $66 million contract offer to Nelson in September 2020.

Nelson worked for the Mavericks for 24 seasons, serving as an assistant general manager and assistant coach before being promoted to president of basketball operations. He remained Cuban's top basketball executive for years after the bitter departure of his father, Don, who served as Mavericks coach and general manager from 1997 to 2005.

In December, Nelson filed a complaint with the Equal Employment Opportunity Commission.

"There were absolutely no mistakes, warnings ... or job performance issues with Nelson between the time he reported Lutin's sexual harassment and sexual predatory proclivities and the time period that Mark Cuban revoked the 10-year offer and began a campaign of retaliation," Nelson's complaint says.

In his lawsuit, Nelson alleges that Cuban offered him $52 million if he would enter into a confidentiality agreement about the alleged sexual assault of his nephew. In the unexecuted agreement that is attached to the lawsuit, the Mavericks deny Nelson's claims and admit no wrongdoing but bar him from discussing or disclosing his allegations.

"If the statements in Nelson's EEOC charge were false and the Mavericks really fired Nelson for poor job performance, why in the world would Cuban, the Dallas Mavericks, or anybody offer Nelson $52 million dollars to settle Nelson's legal claims?" the lawsuit states.

In a statement to ESPN, Nelson said he filed the lawsuit "on behalf of my family and all the Mavericks employees who have experienced harassment, discrimination, or retaliation in the workplace."

"Filing a lawsuit is not something to be taken lightly -- however, it was extremely important that I speak up," Nelson said in his statement. "The facts that come out in this lawsuit will hopefully protect the incredible people I've had the honor and privilege of working with during my 24 years with the Mavericks."

Nelson's lawyer, Rogge Dunn, said in a statement that Nelson had "courage to file this lawsuit," adding, "I hope anyone who has been sexually harassed by a Mavericks' employee will also speak out. I trust that people who have knowledge about the facts and issues in this lawsuit will step forward."

The lawsuit alleges that Cuban "may not have disclosed" Nelson's EEOC charge to the NBA.

Regarding the alleged sexual assault by Lutin during All-Star Weekend, the lawsuit says that Nelson asked Lutin if he would visit with his nephew about job possibilities with the Mavericks and in the sports and entertainment industry. Nelson's nephew attended a lunch hosted by Don Nelson. The lawsuit includes a photo of the lunch guests, including Lutin and the nephew.

After lunch, Lutin invited Nelson's nephew to meet him in Lutin's hotel room "to discuss job possibilities," the lawsuit says.

"Lutin asked Nelson's nephew to sit next to him on the bed and then sexually harassed and sexually assaulted an unsuspecting, vulnerable LGBTQ young man seeking employment with the Mavericks," the lawsuit states. "Lutin's numerous policy violations and indiscretions were clearly in breach of the Mavericks supposed 'zero-tolerance' policy."

Nelson's EEOC complaint from December says that Cuban "could not afford to be exposed for Lutin's sexual harassment."

"Instead of taking prompt remedial action against Lutin and firing him," the EEOC complaint says, "as required pursuant to the Mavericks supposed zero-tolerance policy against sexual harassment, the Mavericks quietly and confidentially resolved the sexual harassment and sexual assault" of Nelson's nephew and Lutin remained employed without any discipline.

The EEOC complaint continued, "Cuban's cover up of Lutin's sexual harassment and sexual assault is proof that the only reason Cuban ever cared about the discriminatory and sexist work environment of the Mavericks was when it was exposed and publicized by Sports Illustrated."

In a statement, the Mavericks said the allegations against Lutin "were promptly and thoroughly investigated by outside investigators and counsel'' and that the NBA was promptly made aware of them. The team also said the claims "were determined to be fabricated and the matter was resolved."

The team's statement then read: "Mr. Nelson refused to cooperate with the investigators that were looking into his behavior. Nelson's claims of being terminated because of retaliation are completely unfounded and the lawsuit filed today is baseless and full of lies. Mr. Nelson is fully aware, as is the NBA, of the reasons for his termination at the end of the 2020-2021 season. The Mavs have always intended to hold private the inappropriate actions of Donnie Nelson that led to his termination."

In 2018, a Sports Illustrated story about the Mavericks organization described "a corporate culture rife with misogyny and predatory sexual behavior" that spanned decades and included numerous allegations against former CEO and president Terdema Ussery, who left the team in 2015.

A subsequent NBA investigation by an outside law firm interviewed 215 current and former Mavericks employees and examined more than 1.6 million documents, emails and text messages.

An NBA spokesman did not return multiple messages on Thursday.

The investigation found there was "improper workplace conduct" toward 15 female employees by Ussery, including inappropriate comments, touching and forcible kissing. It also found improper workplace conduct by former ticket sales employee Chris Hyde, including inappropriate comments to women of a sexual nature and the viewing and sharing of pornographic images and videos.

Investigators concluded that the Mavericks' management staff was "ineffective, including a lack of compliance and internal controls." It also found that the team's executive leadership not only allowed an improper workplace environment to exist but also fostered the belief that those participating in that environment could flourish.

"The findings of the independent investigation are disturbing and heartbreaking and no employee in the NBA, or any workplace for that matter, should be subject to the type of working environment described in the report," NBA commissioner Adam Silver said in a statement in September 2018. "We appreciate that Mark Cuban reacted swiftly, thoroughly and transparently to the allegations first set forth in Sports Illustrated -- including the immediate hiring of Cynthia Marshall as CEO to effect change."

After the investigation, Cuban agreed to contribute $10 million to women's organizations but faced no other punishment. He told ESPN he has followed requirements given to the team by the NBA following the league's investigation.

"The NBA sent us a long list of requirements as the result of the 2018 investigation," Cuban said. "We had a list of things that had to be reported to the NBA every year. And we did so without exception."

In a 2018 interview with ESPN, Cuban apologized to those who were victims of assault.

"In hindsight, it was staring me right in the face and I missed it," Cuban said. "You know ... I wasn't as focused on the business as I should've been.

"It just never in my wildest dreams that I think that this was happening right underneath me. And I never -- the pain that people went through, the pain that people shared with me as this happened, the tears that I saw ... it just, it hurt. And the way I felt is nothing compared to the way they felt. ... I mean, I have to recognize I made a mistake, learn from it and then try to fix it."