There was always something different about the way Hakeem Olajuwon played. He had something within that other players didn't possess -- a balletic quality that transcended the game.

Of all the "powers" that Olajuwon possessed -- agility, strength, instinct, touch, versatility, determination to silently prove there wasn't a greater center alive -- it was the gracefulness with which he played that mesmerized us. That had us in a state of amazement every time we witnessed it.

Where Michael Jordan made the game spectacular and Public Enemy immortalized force with "I'll-throw-it-down-your-throat-like-Barkley" lyrics, Olajuwon provided an elegance that no other player his size has before or since. He had an artistry that could only be described as beautiful.

"Basketball is in my blood, it is my obligation to try," Olajuwon once said. Olajuwon's greatness still has me believing that had Jordan not retired the first time, Olajuwon would have still won at least one ring, if not the two that he did win.

At his peak, Olajuwon challenged the idea that every player was playing for second best in the game behind Jordan. For a 12-season stretch, he averaged 24.5 points, 12 rebounds, 3.5 blocks and 2.0 steals along with .514 shooting. Those are G.O.A.T. stats.

But that grace thing. That "beautiful game" thing. That somehow, for me, went far beyond basketball. Made me understand why everyone called him "Dream." 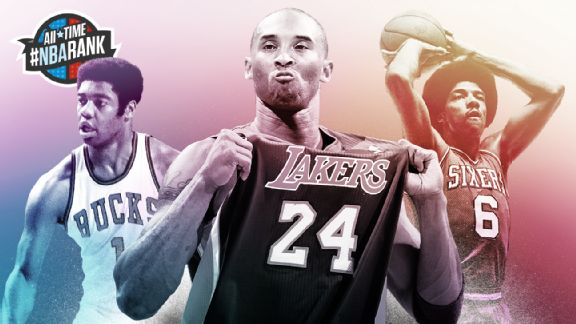