TULSA, Okla. -- Robert Meachem's path to the NFL began on an 8½-acre farm he's owned since birth. The barn and small arena where his father first taught him how to rope calves are gone, but the memories endure.

Now that the former Tennessee wide receiver is being projected as a potential first-round pick in next month's draft, he's thinking about sprucing up the place. 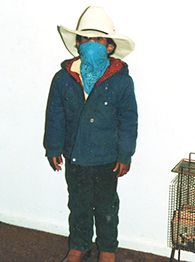 "I'd like to build my mom a nice, big house right in the middle," said Meachem.

For Meachem's family, this piece of land on the edge of town once served as a sanctuary from a north Tulsa neighborhood prone to gang violence and fear. At age 22, he's already experienced tremendous loss, but he says the lessons he learned while working on the farm and his deep spiritual beliefs have seen him through.

About 25 years ago, Leon Meachem announced that his first grandson would inherit the farm at birth, and Robbie, as he's referred to by family and friends, was first on the scene in September 1984.

Every day after work, Robert and Beverly Meachem would take their son and his older sister, Tammie, to the farm.

Robbie Meachem received his first horse, "Little Man," when he was 3, and was roping calves by the time he turned 6. His father was an accomplished calf roper, and the two of them traveled to rodeos in California, Nevada, Texas and Louisiana.