His son is a possible Top-10 NFL draft pick, but he doesn't listen to the gossip, the rumor or the innuendo. Because he cannot hear.

On draft day, he will not jump up at the exact moment his son's name is called. Because he cannot hear.

The team that picks his son will have found a special player. All because Glenn Anderson cannot hear.

In this era of Pacman and T.O., the National Football League needs more people like Arkansas defensive end Jamaal Anderson, whose deaf father has shown him anything is possible. Jamaal may be a 6-foot-5, 288-pound former basketball player who reminds scouts of Julius Peppers, but his best attribute could very well be the man who raised him in silence.

When Jamaal wanted to quit football in eighth grade, he thought of his father Glenn, who never quit his cruel, mainstream high school.

When Jamaal was hesitant to switch from receiver to defensive end in college, he thought of his father Glenn, who worked day and night to obtain a Ph.D.

And now when Jamaal hears some NFL teams still aren't sold on him, he thinks of his father Glenn and says, "If they only knew."

Life Lessons
Last month in an LA mall, Jamaal and his sister, Danielle, witnessed a teenage boy get nabbed for shoplifting. A cop arrived and told the kid he had two choices: call his dad or go to jail. "I'll call my dad," the kid answered.

"Wow," Danielle said to Jamaal, "you and I would've chosen jail."

That's because the man they never wanted to disappoint is the same man who has never heard one word they've ever said: their father. He yells with his hands and commands respect with his e-mails. And when you ask Jamaal Anderson if he'd be an NFL prospect today without Glenn, he tells you, "Impossible."

You have to go back to Chicago to understand, back to the early 1950s. Glenn Anderson was a perfectly healthy 6-year-old when he contracted pneumonia and was given the experimental drug streptomycin. Doctors warned his father, a middle school custodian, and his mother, a short-order cook, of the drug's potential side effects, including complete hearing loss. But it was either that or lose their son.

He became deaf, and his family didn't even try to learn sign language. So Glenn was on his own, at the playground and at school. There were no interpreters available and no televisions with closed captioning. Right from a young age, he was in survival mode. 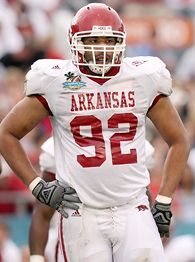 While his friends attended a vocational high school, Glenn was sent to Parker High School -- a mainstream and academic high school that has since been torn down -- and he spent much of his free time in the library, reading about Bill Russell and Hank Aaron. He was a top-notch basketball player, the only deaf player in the city's public schools, but his teammates gawked at him, kept their distance. They would cut up in class, while he just wanted to study, and he was ostracized.

He simply wanted to blend in, and because he was so smart and self-sufficient, there were teachers who didn't even know he was deaf. He went an entire semester of an American history class with an A, until the teacher decided the final test would be an oral exam.

The teacher still forced him to take the test orally. "Four years of high school, my only F," Glenn said.

His trick, mostly, was to find classmates -- mostly girls -- who took copious lecture notes and were willing to share them with him. He was also an exquisite writer, and after graduation he ended up at Gallaudet University in Washington, D.C., the university for the deaf and hard of hearing.

He played basketball there, scoring over 1,000 points in two seasons, and also competed in the long jump and triple jump for the track team (later participating in the 1969 deaf Olympics in Belgrade). He became the first person in his family to earn a college degree, but didn't stop there. He earned his master's from the University of Arizona and his Ph.D. from NYU, where he met his wife, Karen. He later became a professor at the University of Arkansas, where he started a family and began coaching his youngest of two children, a gangly kid named Jamaal.

They'd be at the playground, every night, shooting baskets, using sign language to communicate. Jamaal learned how to sign before he learned to speak, and the bond between them became rock solid.

"He was pretty hard on me," Jamaal said. "I guess I was out of shape once, so right after a basketball game, he took me to the track and made me run five miles. I was so mad at him for that. But I guess it paid off." 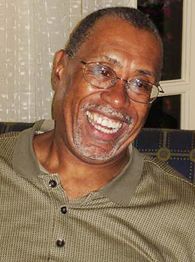 There were other life lessons taught along the way.

"I remember Jamaal playing their archrivals in a game, and there'd been a lot of trash-talking on the court. And Jamaal was a little upset," Danielle said. "He told Daddy, 'They're saying things that are mean and nasty,' and I can remember Daddy stopping the car, turning to Jamaal and saying, 'We don't do that. It's not necessary to do that.' So Jamaal never did."

By eighth grade, Jamaal had decided to take up football, but he was upset when the coach made him the center. Snapping the ball to the quarterback and blocking? It was boring, and he told Glenn he was bailing out, quitting. But no one in that family quit anything, and Jamaal knew it. He stayed and was soon rewarded when the coach switched him to tight end.

"Caught a touchdown on his first play," Karen said.

"If I hadn't stuck it out, I'd have never played football again," Jamaal said.

He was still playing basketball, too, at Parkview High School in Little Rock, Ark. But before his senior year, he quit -- this time without telling his dad -- and Glenn was livid. Jamaal wanted to concentrate on his football training, to enhance his chances of playing big-time college football. Glenn thought it was a mistake, that he'd have too much time on his hands and could fall in with the wrong crowd. But every ensuing day, without fail, Jamaal would be working out or drinking a protein shake or eating healthy food. Glenn learned he could trust him, learned that Jamaal was another him because he never slacked off. Jamaal then went out his senior season and broke the high school touchdown record of former all-world tight end Keith Jackson.