NAVARRE, Fla. -- Former NFL quarterback Jim McMahon was
charged with drunken driving Sunday after police said his car was
swerving across the center line of a highway before being pulled
over. 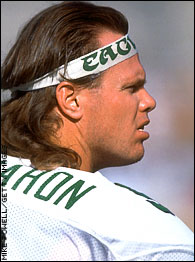 "During a sobriety test, Mr. McMahon looked at the officer and
said, 'I'm too drunk. You got me,'" Henderson said. "He was
pretty well wasted."

McMahon posted $500 bond and was released from Santa Rosa County
Jail on Sunday morning. He is expected to make a court appearance
Monday.