BETHLEHEM, Pa. -- A day after they booted Terrell Owens out
of training camp, the Philadelphia Eagles took an even harder
stance on their star's contract dispute:

T.O. can play for the Eagles or he won't play at all.

Team president Joe Banner said Thursday that when the banished wide receiver returns to camp next week, it will be without the new contract he desperately wants and with an understanding that he can
no longer become a disruption.

"Our hope, obviously, is that he comes back next week and is
what he can be in every sense, whether that's how he contributes to
the team on the field or off the field," Banner said. "We've been
clear that the choices are to play under this contract or not. I'm
not sure he still believes that, but we've said from Day 1 those
were the choices on the table and he had to make a choice between
one of the two things.

"That's not going to change."

Owens' timeout from Philadelphia's training camp won't end until
he meets with coach Andy Reid, however.

Owens was told to go home Wednesday after a heated dispute with Reid -- and not to come back for a week.

"I'll address him on Wednesday and that's between T.O. and myself," Reid said.

ESPN's Sal Paolantonio reported Reid told Owens to leave after Owens "dropped an expletive" on him during the exchange about the wide receiver's practice session that was conducted apart from the team.

Owens told the Philadelphia Inquirer on Thursday that he'd also had words with offensive coordinator Brad Childress on Tuesday, a day before his altercation with Reid.

When asked if he had told Childress not to speak to him unless Owens spoke to him first, Owens told the paper, "Exactly. I did say that, I am an honest person. I did say that."

Owens said Childress "was antagonizing me. He was not talking to me in a business setting."

Whatever the reason for his expulsion, Owens isn't getting much support, not even from his former teammate in San Francisco, Jerry Rice.

"I don't condone what he did," Rice told the Houston Chronicle. "All I know is that he just had some words with Andy Reid. If he kicked him out, I guess he had his reasons.

"T.O. is a great, great player. But I don't feel like you're bigger than the team. It's a situation that needs to be dealt with. It needs to be over."


The Eagles couldn't have been shocked over the latest twist in a controversial career. Owens told the team he wouldn't be happy when
he reported if he didn't have a new contract, and said he could be
disruptive in camp.

Sure enough, he was.

"What we see happening is exactly what he said was going to happen," Banner said. "It kind of puts you in a hard position to
then have any kind of deniability. You can try to blame other
people if he wants, but it's a little bit of a stretch in
credibility in light of what he said before he got here."

Reid called the incident in-house business and skirted numerous
questions on a variety of subjects about the playmaking,
showboating Owens. 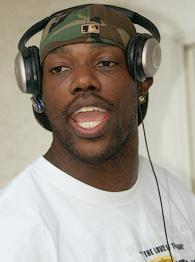 "I'll work it out with T.O. and only T.O. I'm not going to turn this into a bash session," Reid said.

But Owens offered some insight into Wednesday conversation, telling ESPN on Thursday that Reid told him to shut up.

"And I told him my name isn't Reid. My name is Owens. I'm not one of his kids. Don't tell me to shut up," Owens said.

Owens also said he had to sign a "secret waiver" to release
the Eagles from any liability after he came back from an injured
ankle to play in the Super Bowl. However, Eagles spokesman Derek Boyko said Owens "absolutely did not sign a waiver with the team prior to the Super Bowl."

Banner also denied that the team made the receiver sign a secret waiver.

"He absolutely did not sign a waiver with the team prior to last year's Super Bowl. He was not even asked," Banner said.

Reid said there were no plans to meet with agent Drew Rosenhaus, who's been persistent in trying to get the Eagles to redo Owens' contract as he enters the second season of a seven-year, $48.97
million deal.

Owens, meanwhile, emerged periodically from his house in Moorestown, N.J., signing autographs to the delight of several dozen fans who passed the time throwing footballs and yelling Eagles chants in his suburban cul de sac. Owens said he had not spoken to the team.

"Why would I talk to them? They gave me a week off," he said.

When asked why he had the time off, Owens remained elusive.

"What do you think?" he said. "You are asking a dumb question right now."

Owens also confirmed he had an antagonistic exchange with offensive coordinator Brad Childress.

"I'm not going to get into it," Childress said.

Owens also said he had "no desire to talk to Donovan," as in
McNabb, the quarterback. "I've [not talked] for 10 days
since I've been in camp."

Owens called McNabb a "hypocrite" because the quarterback said publicly that he did not want to meet with Owens, while T.O said McNabb did try to arrange a meeting.

When Owens was asked if he could have success with McNabb, he was even more blunt, saying, "I don't think so and I'm just being
honest."

McNabb, through a team spokesman, responded: "I don't play that game in the media."

A sometimes shirtless Owens turned his front yard into one surreal scene Wednesday when reporters camped outside his house and
helicopters hovered overhead while he played basketball and lifted
weights.

On Friday, Owens left his home in his pickup truck at about 9 a.m. with two suitcases and an unidentified woman. She later returned to his house in the truck, without Owens, according to a
cameraman for WPVI-TV in Philadelphia.

His teammates poked fun after Thursday's practice. Defensive end
Jevon Kearse ripped off his jersey, did a few situps and mimicked
pullups.

"I never heard anything like that," Kearse said. "Then to see
it ... a helicopter!"

Pro Bowl safety Brian Dawkins, who talked to Owens on Wednesday
night, called the situation a "misunderstanding" and remained
hopeful the issues could be resolved.

"I guess you guys want us to go spank him or something,"
Dawkins said. "That's not what we're all about here. He's my
teammate, first and foremost, and I care about him."

Reid cleared up one rumored reason for the dispute, saying he
approved Owens' workout on a separate playing field from his
teammates. Owens injured his groin last week and missed several
practices, but had his own private 20-minute workout with the
team's assistant trainer hours before he was asked to leave.

"That's part of his rehab. That had nothing to do with it,"
Reid said.

Reid said Owens still had swelling in his groin and was within a
day or two of returning to practice -- had he not been kicked out,
of course.

With Owens gone, Greg Lewis and rookie Reggie Brown were the
starting receivers at practice, where one fan displayed a "T.O has
to G.O." sign.