Tidal warning to metro Miami: A tsunami of fat cats is headed your way. The Super Bowl, always a big draw for big business, is even bigger this year. After consecutive NFL championship games at appeal-challenged sites, the corporate swells think South Florida is just swell.

"There's been tremendous pent-up demand," says Nick Giammusso, a Super Bowl tickets and travel packager, whose business is up 300 percent over last year.

The Super Bowl isn't just the pinnacle of pro football; it's also the pinnacle of corporate entertainment -- the place to wow top customers and reward top producers. But a lot of companies cut back two years ago in Jacksonville, which was tiny, and last year in Detroit, which was chilly. They're back in full force for Miami, says Giammusso, president of VIPseats.com: "It's got all the glitz and the glamour and the weather."

Limos and chauffeurs are in high demand. Mike Rolewicz, who runs a temp agency in Jacksonville, is providing 300 drivers to one limo company, compared to the 180 he hired for the same client two years ago.

"They're bringing in 50 percent more cars than they did in Jacksonville," says Rolewicz, CEO of On Call Staffing Inc.

Mega-yacht owners who were slow to line up dock slips are up the Intracoastal Waterway without a paddle. "To say there's high demand doesn't get it done," says Shawn Adams, manager of Miami Beach Marina. "The odds of getting [a slip] have surpassed those of winning the lottery. They're now more like getting face time with God."

Fabio Alexander, whose aviation service business at Opa-Locka Executive Airport near Dolphin Stadium handled 225 corporate jets for the last Super Bowl there in 1999, is figuring on anywhere from 300 to 500 this time. Alexander believes the boost in traffic owes largely to Miami's boost in image, from dangerous to glamorous.

Consider Super Bowl XXIII in 1989. Just days before the Bengals-49ers game at the Orange Bowl, riots rocked the nearby Overtown neighborhood. And the bad news just kept spewing through the 1990s: tourist shootings, hurricane wipeouts, ethnic tensions as the city turned increasingly Hispanic.

Yet come the new millennium, Miami turned newly cool. The clubs at South Beach became a nationally renowned Scene. The local celebrity population reached critical mass: The likes of P. Diddy, Cher, Oprah and Shaq joined earlier arrivals such as Madonna and Sly. The annual Art Basel Miami Beach became the world's biggest mart for art collectors. Miami still has horrible problems, including the third-highest poverty rate of any U.S. city. But to the outside world, its face has become more Jennifer Lopez (who lives in Miami Beach with hubby Marc Anthony) and less Elian Gonzalez (who lives in Cuba with his dad).

"It's night and day, the perception of Miami and how accommodating it is," says Alexander, CEO of Miami Executive Aviation.

Miami literally IS more accomodating, as well as sizzling. Since Miami's last Super Bowl in 1999, the metro area has added 50 new hotels with 9,600 rooms, many of them upscale: a Loews Miami Beach, a Four Seasons, and three Ritz-Carltons.

Besides Miami's advantages over other recent Super Bowl sites in allure and entertainment opportunities, corporate America is in a spending mood now, says Robert Tuchman, whose TSE Sports & Entertainment has sold about 1,000 Super Bowl XLI packages. That compares to 350 last year.

"The blue-chip companies that cut back after 9/11 are starting to do more again," he says. "There's also been a revival on Wall Street, which has driven a lot of our business."

The problem, Tuchman says, is that hotels are trying to cash in on Super Bowl demand by super-sizing their rates. On swank South Beach, the Delano Hotel is getting $1,200 to $1,875 a night for rooms, and the Setai Hotel wants $950 to $9,000 a night for suites. Spokesmen say these are their usual popular prices but acknowledge hefty minimum-stay requirements -- five nights at the Delano and seven nights at the Setai. It's becoming as much a South Florida tradition as Uzis -- the Art Basel crowd also cried "price-gouging" -- and the NFL is not amused.

The league has sued three hotels, alleging they reneged on contracts to provide the league rooms at a certain rate to pursue higher-rate customers. "There are those who see a chance to do a year's worth of business in a weekend and would like to take a shot at stepping away [from their contract]," says Frank Supovitz, who as the NFL's senior vice president for events is the league's Super Bowl honcho.

To Supovitz, it isn't so much that business execs passed up Detroit altogether, but that they passed less time there. "They came, but not necessarily for four days," he says. "A number of corporate clients came in just for the day."

The difference this year is evident in the league's own in-house Super Bowl packager, called NFL On Location. It sold about 2,000 packages last year, its first in business, and is headed toward 2,500 to 2,600 this year. The agency's primary customers are NFL sponsors seeking tickets and accommodations over and above their regular allotment. 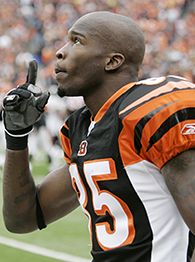 The capping beauty of Miami for the corporate crowd is the game-day scene. (There IS a game, you will recall.) NFL sponsors and their guests can enjoy a three-hour pregame schmooze-a-thon at the "Touchdown Club" in the Dolphin Stadium parking lot, where an open bar, an array of food stations and live entertainment will help everyone get his or her game face on. Alternatively, any ol' ticket holder can join the "club" for $595.

Quite apart from the bigger corporate-hospitality tents, some NFL sponsors will have a bigger consumer-marketing presence here. Motorola made the best of Detroit by setting up a big tent filled with beach sand and water and blasting in hot air. AlohaMoto was a favorite with fans. Besides being able to watch AVP beach volleyball players and surfers on machine-generated waves, they could get out of the cold awhile. But in Miami, the cell phone maker doesn't have to create a faux beach; it has South Beach.

It's taking over a 10-block stretch of the area's main artery, Ocean Drive, to be dubbed the Motorola Mile. Highlights include a Bellagio-style fountain and light show, choreographed to music and Jumbotron highlights of previous Super Bowls in Miami. Then there's the "end zone dance contest," with two game tickets to the winner. The judges: Chad Johnson, Steven Jackson and DeAngelo Hall.

Between such neat attractions and such great celebrity-sighting prospects, South Beach will attract a big crowd quite beyond the fat cats -- not to mention a much younger one. While the CEOs are hacking around golf courses the day before the game, the Speedo set will be crowding the beach for Volleypalooza, a beach volleyball tournament with a field of 350 fashion models. The stars at South Beach's big soirees aren't your father's lounge lizards; they're more along the lines of Snoop Dogg, headlining the Penthouse party. 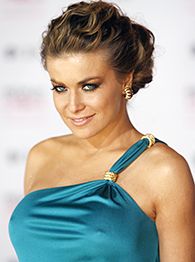 Even galas aimed at the beautiful (young) people, however, may require the bankroll of a Daddy Warbucks. At the fourth annual Leather & Lace Party, hosted by Carmen Electra, a VIP table goes for $4,500.

Admission to ESPN the Magazine's NEXT block party is more democratic than that, as some 10,000 party-goers will be able to gather in the Design District for a special performance by LL Cool J. However, only 1,500 special guests will have VIP access to the NEXT party's invited athletes and celebrities in the nearby Moore Building.

The Super Bowl routinely attracts 30,000 to 40,000 people sans tickets, who come for the scene and not the game. Rodney Barreto, chairman of South Florida's Super Bowl Host Committee, projects this one will draw more like 50,000. Crowd control, he acknowledges, will be a challenge.

Still, one cautionary note from everyone involved in the Super Bowl economy. You don't fully know the dynamics of supply and demand and prices until the AFC and NFC championships have been played. Some teams stir a far greater last-minute migration of fans and fat cats than others, and that can make a big difference.

The Bears' triumph in the NFC title game filled South Florida commercial interests with joy -- and their order books, presumably, with a fresh surge of business. "With a team like Chicago, you hit on both levels," says Super Bowl packager Tuchman, referring to the city's many victory-starved fans and well-heeled companies.

So now retailers and hoteliers, bartenders and caterers, eagerly scan the skies, awaiting the first corporate jets and the $350 million their passengers and the rest of the Super Bowl visitors will rain on South Florida. "Our chauffeurs are looking at it like Christmas all over again," says Linda Moore of Coastal Limousine, whose long list of Super Bowl clients includes a "who's who of billionaires" who will be making the rounds in the firm's top-of-the-line limo bus.

"It's very stressful," Moore says. "But it's very worth it."

John Helyar is a senior writer for ESPN.com and ESPN The Magazine. He previously covered the business of sports for The Wall Street Journal and Fortune magazine and is the author of "Lords of the Realm: The Real History of Baseball."