The schedule is out, and there will be no shortage of intriguing matchups in 2007. We have identified the 40 best games, breaking them down by where we plan to sit. (Hey, it's easy when you're spending other people's cash.)

Sept. 9: Bears at Chargers
Should have been Super Bowl XLI except for this one little thing 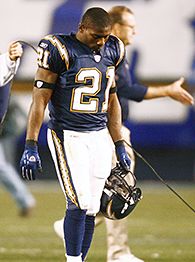 Sept. 16: Chargers at Patriots
... that dance the Pats did on Chargers (and their field) in playoffs in San Diego.

Dec. 9: Colts at Ravens
Playoff rematch. Maybe this time the Ravens' offense will show up.

Dec. 23: Eagles at Saints
Can't blame Reggie Bush if he looks for Sheldon Brown every time he catches a pass in the flat.

Dec. 30: Saints at Bears
Drew Brees and the Saints will be hoping for better weather, and a better result, this time around in Chicago.

Nov. 4: Patriots at Colts
Who can forget Brady's blunder? The 38-34 Colts' playoff win might have been game of the '06 season.

Sept. 10: Ravens at Bengals
Early battle of AFC North favs; will all Bengals be eligible?

Nov. 25: Eagles at Patriots
Donte' Stallworth faces his old team. Well, it doesn't compare to the T.O. circus, but what does?

Sept. 30: Broncos at Colts
Peyton Manning has feasted on Denver's D in the past -- especially in the dome.

Oct. 7: Jets at Giants
Do the Jets ever feel at home playing in Giants Stadium?

Nov. 25: Ravens at Chargers
Ravens were responsible for one of Chargers' two regular-season losses in '06.

Oct. 7: Seahawks at Steelers
If it's as tough on eyes as Super Bowl XL, we're gonna be hot.

Dec. 24: Broncos at Chargers
Will the AFC West title be at stake on Christmas Eve?

Nov. 26: Dolphins at Steelers
Chances are Joey Porter will have plenty to say about facing his former team. 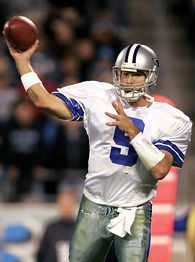 Dec. 16: Jaguars at Steelers
0-0 at halftime of last season's "MNF" snoozer. These teams don't like each other. Grrrr.

Nov. 4: Cowboys at Eagles
We never get bored with T.O. Theater. And this time with Donovan! (Ahh, maybe.)

Nov. 22: Jets at Cowboys
Could be battle of playoff-bound teams. New York media will feast on T.O. angle. Over-under on T.O. drops by Thanksgiving: 10.

Sept. 30: Seahawks at 49ers
New addition Patrick Kerney will try to help Seattle slow one of the league's up-and-coming offenses.

Nov. 22: Colts at Falcons
What are the odds Vick's a 65-percent passer by November? Now for that other guy ...

Oct. 21: Ravens at Bills
Action: Ex-Bill RB Willis McGahee says in March there's nothing to do in Buffalo.
Reaction: Do you really need some help here?

Sept. 30: Texans at Falcons
Will Falcons' fans be pining for Matt Schaub? Not if Michael Vick is playing to his potential. 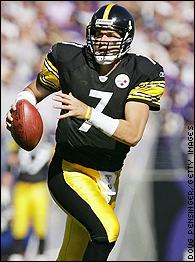 Sept. 30: Steelers at Cardinals
Ken Whisenhunt was key to Ben Roethlisberger's early success. For one day at least, he'd like to stymie Big Ben's growth.

Sept. 24: Titans at Saints
Vince Young and Reggie Bush on the same field once again. Shades of '06 Rose Bowl?

Nov. 25: Redskins at Bucs
Two teams with a lot of questions. At least the Redskins know who their QB will be.

Dec. 9: Panthers at Jaguars
The fourth regular-season meeting (Jags lead 2-1) between these teams since they entered the league together in 1995.

Dec. 9: Chargers at Titans
Titans' defense was NFL's worst against the run in '06. L.T. could have 300 yards by halftime!

Dec. 9: Steelers at Patriots
Belichick used to school "The Jaw." We gotta feel for that rookie on the opposite sideline.

Sept. 9: Falcons at Vikings
Are there two teams tougher to handicap heading into the 2007 season?

Oct. 21: Titans at Texans
Houston fans still are trying to cope with treating Vince Young like a rival, not a hero.

Nov. 11: Bengals at Ravens
There's that question again: Are all Bengals eligible?

Dec. 13: Broncos at Texans
His team is still a work in progress, but Gary Kubiak must outwit former mentor.

Sept. 9: Lions at Raiders
Could go a long way toward determining who picks first in '08 draft.