Ever wonder how the Giants get so much pressure on the QB? Or how New England makes such great use of all its wide receivers?

So did we. So Scouts Inc. watched the film and diagramed just how these and a few other signature plays we're bound to see in Super Bowl XLII work.

New York Offense: Deep Post
This is a designed pass that resulted in a big play for the Giants in the NFC Championship game against the Packers. It puts pressure on the safety and could allow QB Eli Manning to hook up with his favorite target, WR Plaxico Burress in the Super Bowl. 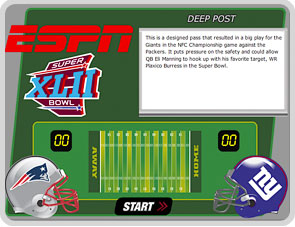 New York Defense: Dime Blitz
This is a very aggressive, but necessary coverage where the Giants show a five-man rush with four corners and two safeties in coverage. 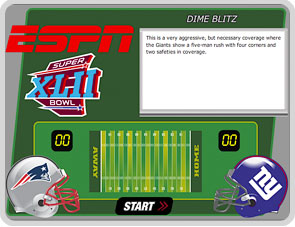 New England Offense: Bunch Pass
This spread formation puts New York SS James Butler in a tough situation. He must make a quick decision and depending upon what Butler does, QB Tom Brady will find the open receiver. This is the play that WR Jabar Gaffney scored on in the AFC Championship game. 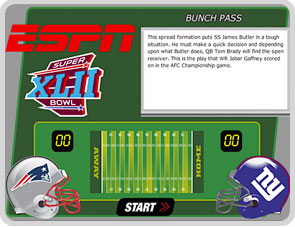 New England Defense: Zone Man Blitz
This defensive scheme allows the Patriots to play combo coverages in the secondary, while still putting pressure on QB Eli Manning and giving him some confusing looks. 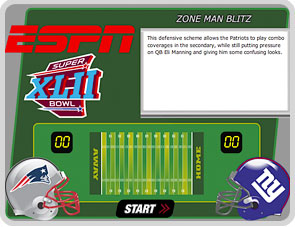 Scouts Inc. watches games, breaks down film and studies football from all angles for ESPN.com.