There's no shortage of love for Andrew Luck. "He is as smart as Peyton, as accurate as Brady, tougher than Ben and as athletic as RG3," says one opposing head coach. But after a crushing AFC championship loss, Indy still finds itself a tweak away from the game's biggest stage. Step one? Getting a consistent run game. Adding RB Frank Gore helps, while adding WR Andre Johnson and WR Phillip Dorsett could help open running lanes from three-receiver personnel. That could help Luck, whose 66.3 percent dropback rate in 2014 was the NFL's third highest. -- Mike Sando 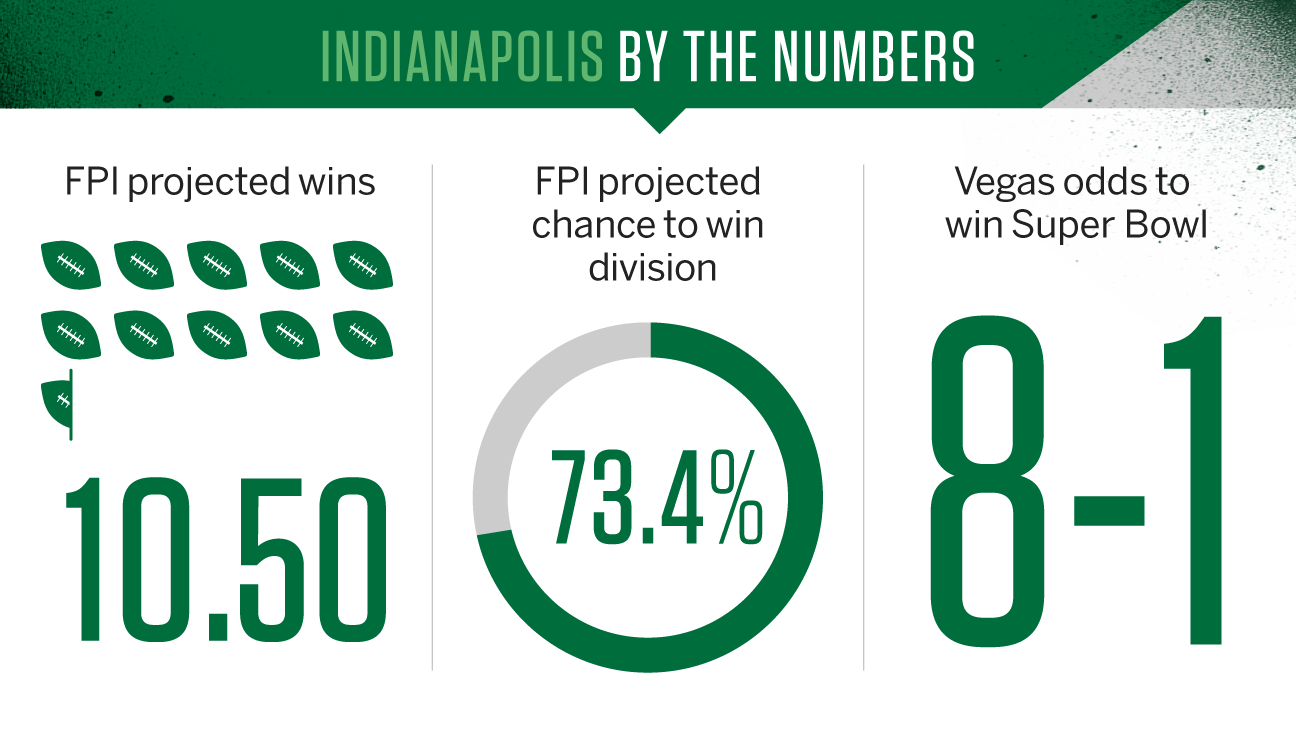 It's not about making the playoffs for the Colts. They are expected to win the AFC South for the third straight season barring a serious injury to franchise quarterback Andrew Luck. They're looking to build on last season's AFC Championship Game appearance. The Colts should have their best offensive group under general manager Ryan Grigson and coach Chuck Pagano. Luck will be in the league MVP discussion the moment he takes his first snap from the center in Week 1 against Buffalo. The Colts have the personnel on their roster for them to reach the Super Bowl if they're clicking in all areas.

The Colts aren't good enough to win the AFC South, the worst division in the NFL, if they lose Luck. That's just how valuable he is to the organization. Luck has managed to withstand countless hits because of shaky offensive line play. He may have to do the same thing this season because the Colts head into the season with a vulnerable offensive line for the fourth straight year. That's not supposed to happen when Luck is your franchise player.

Luck has no knowledge of what it feels like to have a 1,000-yard rusher in the backfield with him. He has very little knowledge -- one game in fact -- of what it's like to have a running back rush for 100 yards in a game. He could be experiencing both of those things this season because of the addition of veteran running back Frank Gore. Gore has rushed for at least 1,000 yards in eight of his 10 seasons. His presence on the field will force defenses to respect the Colts' running game. Load the box to stop Gore and the advantage goes to Luck and the passing game. Play back and the Colts can pound the ball on the ground with Gore.

The offense should be fine despite questions on the offensive line. The same can't be said about the defense. The Colts added only two new starters in the offseason -- safety Dwight Lowery and defensive end Kendall Langford -- to a unit that finished 18th in the NFL in stopping the run last season. Linebacker Robert Mathis, who led the NFL in sacks (19.5) in 2013, is back after missing last season with a torn Achilles. The Colts' offense should be explosive this season, but having to win games 45-42 on a weekly basis because the defense can't stop the opponent isn't ideal. "We have to hold our own," safety Mike Adams said. "We don't want to rely on Andrew Luck."

The progression with Luck is right on course. Wild-card playoffs in his first year. Division round in the second season. AFC Championship Game in the third season. Super Bowl appearance in the fourth season. Grigson spent the offseason adding the necessary pieces he thought would get the Colts past the likes of New England, Pittsburgh and Denver in the AFC. The additions of Gore and Johnson to go with the holdovers on offense put the Colts in position to be able to match points with any team in the league. Indianapolis reaches its first Super Bowl since 2009. But just like in 2009, the Colts will be on the wrong side of the outcome. 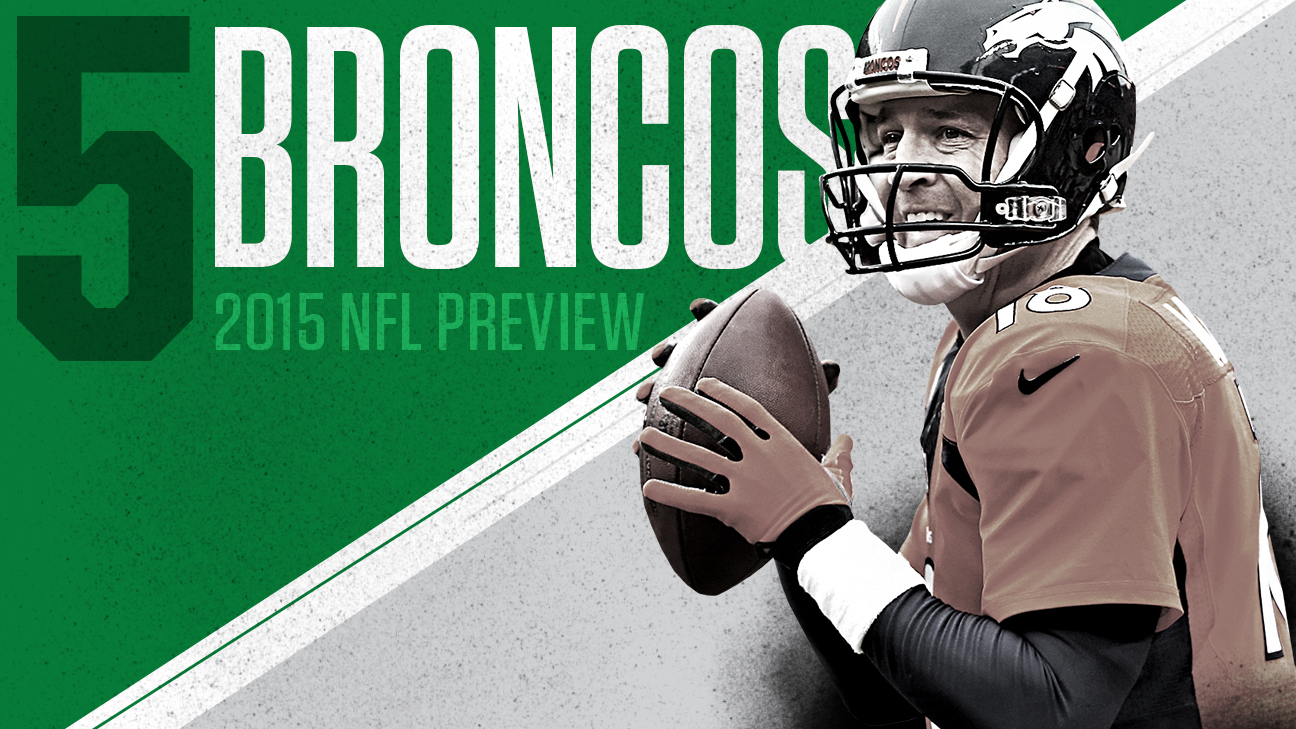