Quarterback is once again a problem in Houston. New starter Brian Hoyer ranked 27th in QBR last season (39.8) and is on his fifth team in seven years. The backfield isn't likely to offer Hoyer as much support as hoped, with a groin injury sidelining RB Arian Foster. The Texans do appear to be very well coached, however, and that should help. So should the defense. The Texans nearly made the playoffs last year, led by a defense that ranked first in turnovers forced (34) and second in EPA. That D could be even better in 2015 if LB Jadeveon Clowney is healthy and plays to his potential. Adding rookie CB Kevin Johnson also helps, but it all starts with All-Pro J.J. Watt and Houston's tremendous front seven. -- Mike Sando 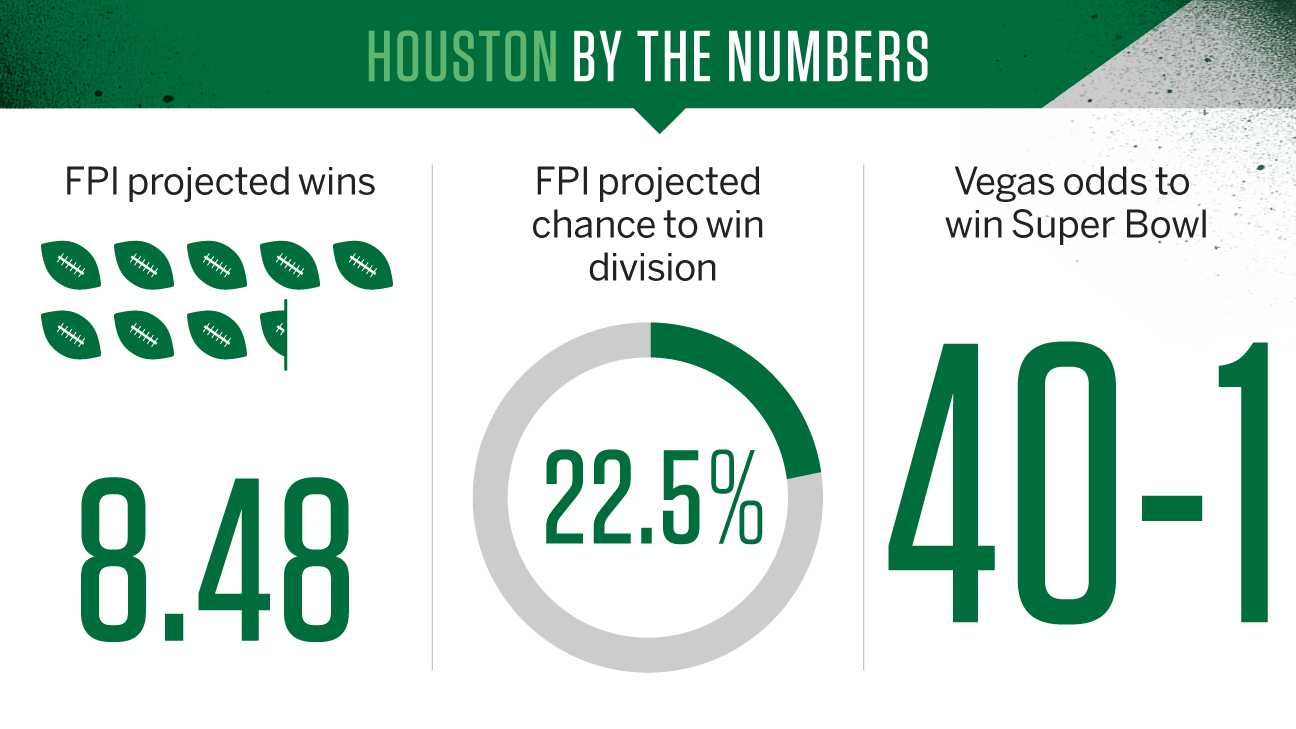 They'll have an upgrade at quarterback, which I'll get to later. That combined with a defense that picks up where it left off last season, will push them over the edge. In the final quarter of last season, the Texans' defense was remarkable. This year they'll have Jadeveon Clowney back and they'll have an upgrade at nose tackle. And they won't be going through the learning curve that slowed them at the beginning of last season as they worked to pick up defensive coordinator Romeo Crennel's system. Remember, this is a team that was one game out of the playoffs last season despite playing four different quarterbacks.

Three of the four quarterbacks who played last season had Arian Foster available for at least part of their time starting. Foster changes the Texans' offense and without him the Texans could struggle to control the clock and score. Foster could be back for most of the season, and if he is that will help the Texans tremendously. They'll also play a much tougher schedule than the last-place schedule they played last year and will need more out of their offense than they did last year to again post a winning record.

The quarterback position has completely turned around from last year. Former Texans starter Ryan Fitzpatrick might well have a strong year in New York, having been reunited with his former head coach Chan Gailey, but Brian Hoyer will be better in the Texans' system. Hoyer was 10-6 as a starter with the Browns, with an ACL tear in between. Last season he went 7-6, without much talent around him. The Browns had a nonexistent running game, a receiving corps that pales in comparison to what the Texans have now and the loss of center Alex Mack sent the offense in to a tailspin. Hoyer will have more help around him this year and he'll be in a system he has said feels like "coming home."

Right now the Texans are asking everyone to give Hoyer a chance. They're expecting creativity and consistency on offense. They're expecting dominance from their defense which has five former first-round picks in the front seven alone. They're saying that last year's 9-7 season wasn't anything to celebrate, even though it was greeted that way in Houston. Bill O'Brien's first year exceeded expectations in the city after the Texans slogged through 14 straight losses in 2013, but it did not exceed expectations inside the building.

They'll be saying the defense had a spectacular season, even though the process for easing Clowney back into his regular workload remained ongoing. The combination of J.J. Watt and Vince Wilfork was as good as expected and Louis Nix III made major strides toward being able to be the Texans' nose tackle of the future. The defense helped mask an offense that had some growing pains without Foster early on and helped the team sneak into the playoffs, in which Houston went one and done. That won't work every year. 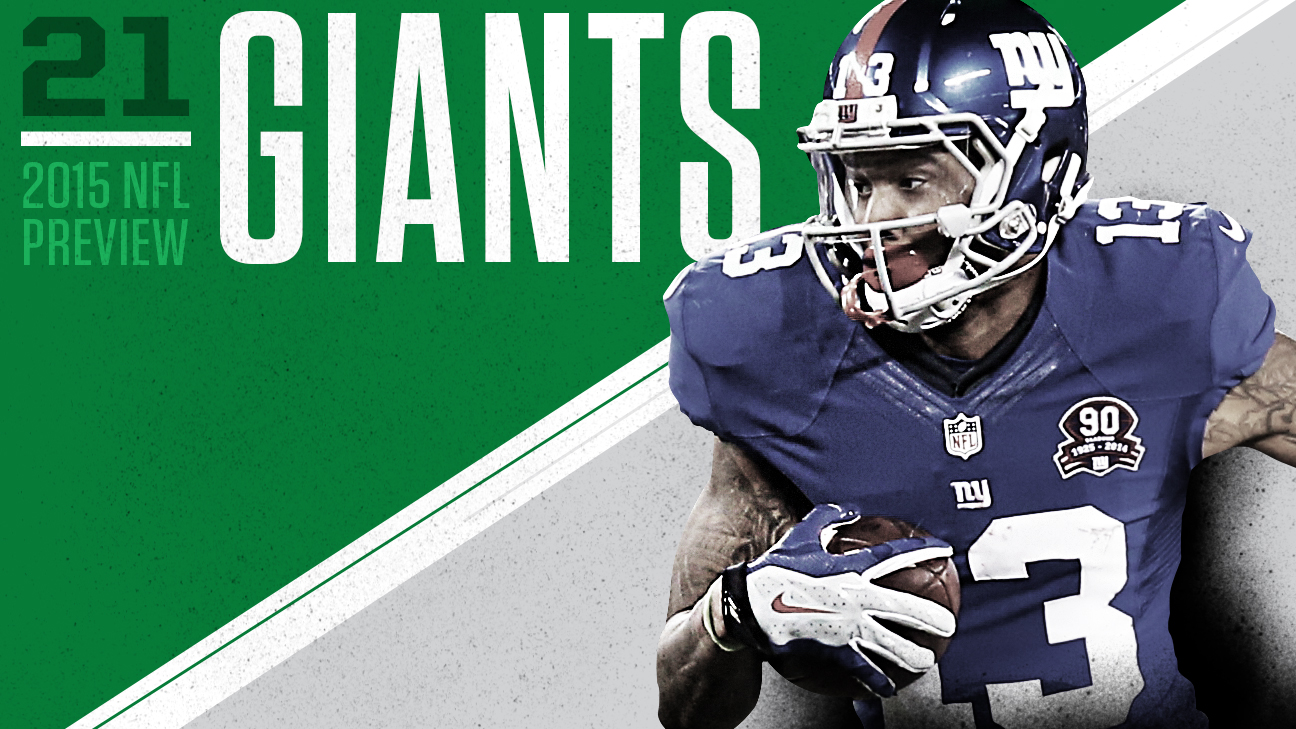