Matt Ryan trails only Peyton Manning, Aaron Rodgers, Drew Brees and Tom Brady in QBR since entering the league in 2008. While a case can be made that Ryan has not played well enough in big spots, his organization has failed him: Atlanta ranks fifth in QBR and 28th in defensive EPA during the Ryan era. The offensive line has fallen apart. The running game is 28th in yards per carry over the past three seasons. Ryan, one ex-GM says, "does not have a chance. Defensively, they can't get a pass rush going. They're giving up points, they're one-dimensional and people tee off." The numbers say Ryan is good enough to make the Falcons a championship contender if he gets even a baseline level of support. Until that happens, Atlanta will be a bit like the Saints, another team that has wasted upper-level QB performance. -- Mike Sando 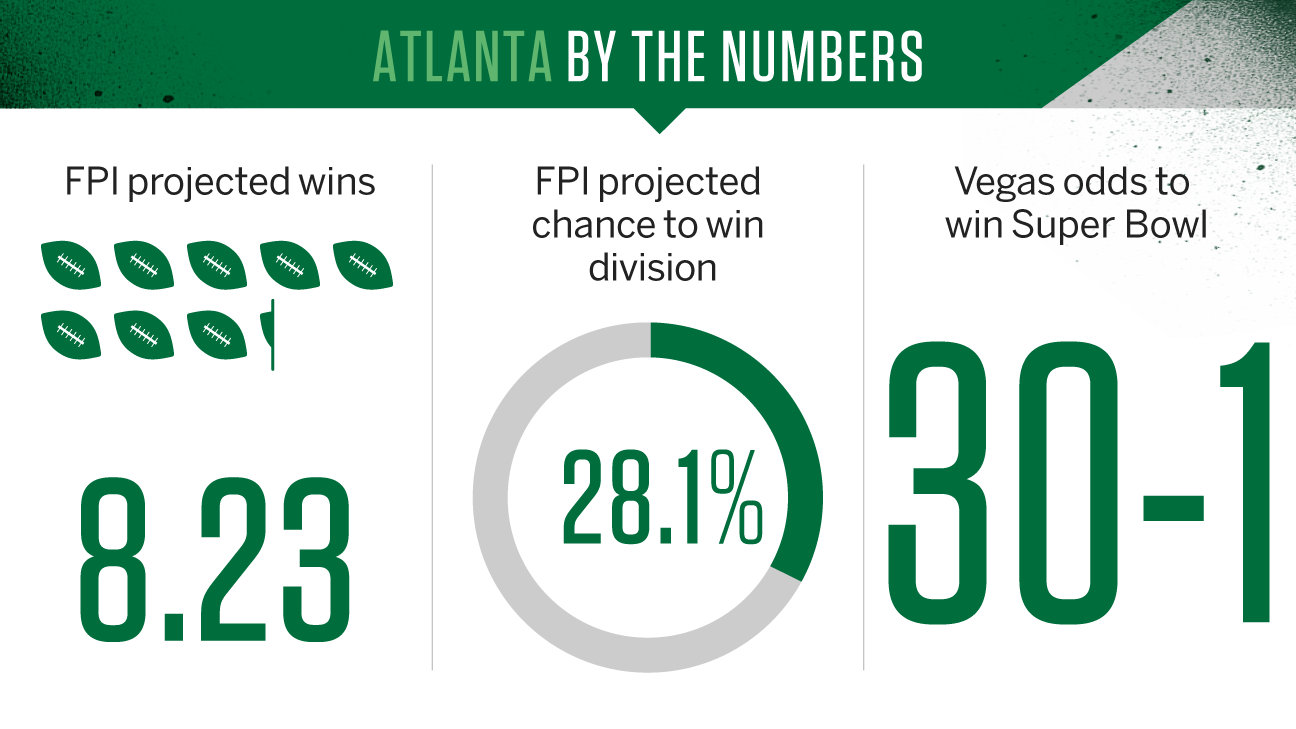 First and foremost, the Falcons play in the NFC South. No team in the division had a winning record last season as the four combined to go 22-41-1. The Saints and Panthers will be challenges, particularly on the road, but they are far from unbeatable. Also, the Falcons have, on paper, the easiest schedule of any team in the league based on last year's record (.410 opponents' winning percentage). Key games against Andrew Luck and the Colts and Adrian Peterson and the Vikings will be at the Georgia Dome, which should give the Falcons an edge even without any piped-in crowd noise. If the Falcons find themselves in a similar position to last year -- right in the thick of the division race -- ending the season with back-to-back home games against the Panthers and Saints is the ideal scenario. And not to be forgotten, the Falcons have a receiver in Julio Jones who could change some outcomes of games by his lonesome.

The defense. Despite positive signs shown in the preseason, it's hard to imagine the Falcons making a complete transformation after surrendering a league-high 398.3 yards per game last season. Yes, they should improve with the addition of talented rookie pass-rusher Vic Beasley. And yes, cornerback Desmond Trufant is on pace to be a Pro Bowl selection. But unproven players such as free safety Ricardo Allen and defensive tackle Ra'Shede Hageman have to show they'll be assets, not liabilities. The entire front needs to consistently pressure opposing quarterbacks, and the linebackers need to help prevent explosive runs. Probably the biggest factor of all is tackling. If the Falcons continue to miss tackles like they have the past few seasons, they'll falter.

Attitude. Coach Dan Quinn's positive approach has the players believing in themselves, particularly on defense. He continues to preach a fast and physical style that relies on more reaction and less thinking in his 4-3 defense that utilizes some 3-4 personnel tendencies. When the players see Quinn and secondary coach Marquand Manuel get involved with drills, as if they're suiting up themselves, it's impactful. Fast and physical isn't just the defensive mentality, either. The offensive line should buy into the same philosophy while trying to perfect offensive coordinator Kyle Shanahan's outside zone blocking scheme and protect Matt Ryan.

Veteran receiver Roddy White once again stated the Falcons should be able to score 30 points per game. But there's a difference in the way he phrased it this year as opposed to last. In 2014, White expected the high-octane offense to score big behind a pass-heavy attack. (The Falcons averaged 23.8 points per game, ranked 12th in the league.) This year, White sees a much improved running game behind Devonta Freeman and Tevin Coleman putting the Falcons in better position to hit big plays to Jones off play-action. Running the ball will help the Falcons better utilize the clock and also keep Ryan from being exposed to so many big hits. So, we'll see if White is on point this year with his prediction. Only the Packers and Broncos averaged 30 last season.

The talk is likely to focus on how close the Falcons were to making a complete turnaround. There will be remarkable improvement and possibly a playoff berth with an above-.500 record. But it will be hard for the Falcons to contend with the Packers and Seahawks, even if they qualify for the NFC playoffs. There will be talk about how much White has left in the tank at age 34 and about how the Falcons plan to address long-term needs at linebacker and free safety. Of course, if the Falcons miss the playoffs or lose in the first round, there will be the yearly discussion about whether Ryan is an elite quarterback. And the most discussed topic might be the future of general manager Thomas Dimitroff, who was retained but stripped of his powers in favor of Quinn. It will be Quinn's decision whether he wants to continue the partnership. A losing record most likely will result in a mutual parting. 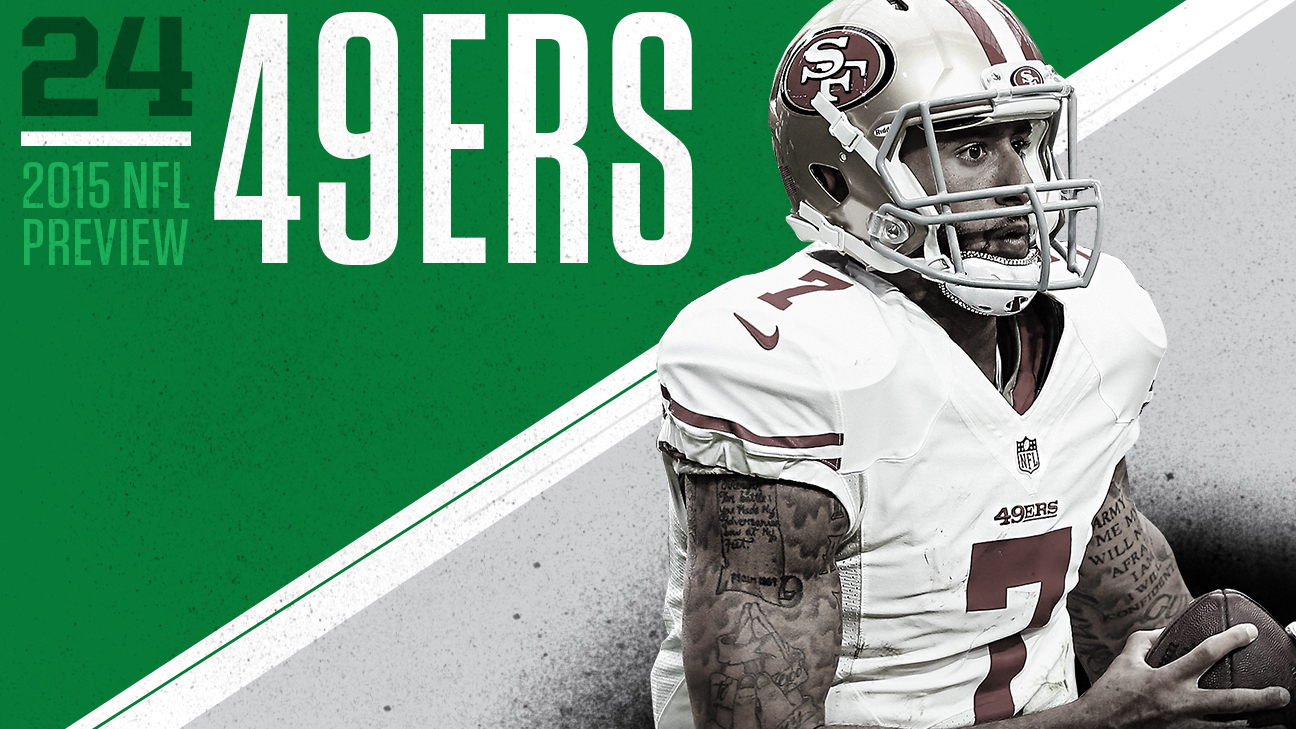