Colin Kaepernick on Wednesday thanked the public for making his jersey the NFL's top seller after his national anthem protest and vowed to donate all the proceeds he receives "back into the communities."

I want to thank everyone who has shown me love and support, it truly means a lot! I wasn't expecting my jersey sales to jump to number one because of this, but it shows the people's belief that we can achieve justice and equality for ALL! The only way I can repay you for the support is to return the favor by donating all the proceeds I receive from my jersey sales back into the communities! I believe in the people, and WE can be the change!

Before Kaepernick first sat down in protest during the playing of the the Star Spangled Banner, he ranked higher than 120th in league jersey sales. Kaepernick moved to No. 1 on Tuesday. The 49ers sold more Kaepernick gear online in the week after he began his protest than the previous eight months.

"It was something that the jersey sales jumped because of people's belief that there can be change and we can make this country better and that they believe I was someone who can help that change," Kaepernick said Wednesday.

"For me, that support is something I have to give back to the communities for that cause because that's what their belief is, that's what my belief is and we can work towards a common goal."

Kaepernick has not stood during the national anthem for the past two preseason games because he said he didn't want to show pride in the flag of a country "that oppresses black people and people of color."

He altered his protest in the 49ers' final preseason game, taking a knee instead of sitting. He said he took the new approach after talking to former Green Beret and NFL long-snapper Nate Boyer in an effort to be more respectful to those offended by his protest and "not take away from the military."

He said he will continue his protest throughout the 2016 season.

In coordination with his protest, Kaepernick had previously said he will donate $1 million to various causes. 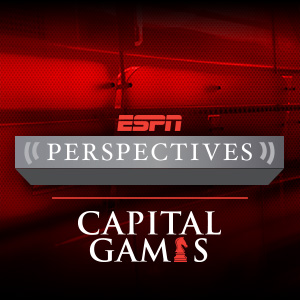 Andy Katz and Rick Klein chat with U.S. Veteran Nate Boyer as well as U.S. Congressman Hakeem Jeffries about the authenticity of Colin Kaepernick's message and how we can turn it into real change. Plus, ESPN business reporter Darren Rovell on Kaepernick's jersey sales. Listen

NFL commissioner Roger Goodell said Wednesday that he disagrees with Kaepernick's choice to kneel during the national anthem, but recognizes the quarterback's right to protest.

Goodell added that with NFL players having a visible platform for their viewpoints, "we have to choose respectful ways of doing that so that we can achieve the outcomes we ultimately want and do it with the values and ideals that make our country great."

Kaepernick will start the season as the 49ers' backup quarterback after coach Chip Kelly said Blaine Gabbert had won the starting job.

ESPN's Darren Rovell, Nick Wagoner and The Associated Press contributed to this report.