In Tom Brady's 17-year NFL career, he has landed on the injury report 186 times. None of Brady's reported injuries has been a concussion. His wife, Gisele Bundchen, said Wednesday that Brady has a history of concussions, including one suffered last year.

Discounting the 15 weeks he missed to his only season-ending injury (torn ACL in 2008), Brady has been listed as questionable entering a game on 10 occasions. Four of those instances came last season, when the NFL removed the "probable" designation.

Here are all of Brady's different injuries that the Patriots have reported over the years. This data is courtesy of Stats Pass. 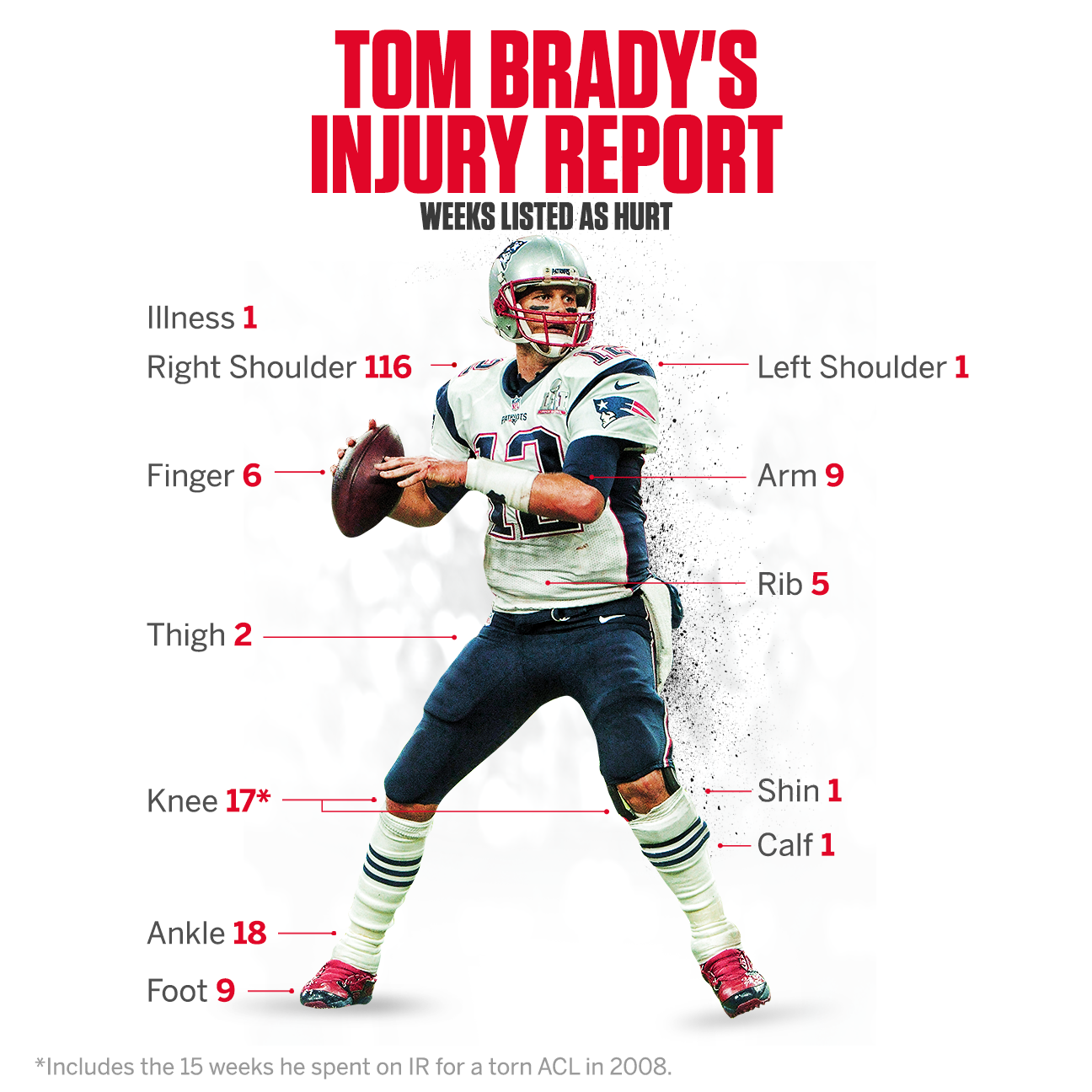