With seven running backs drafted in the first two rounds and several others in position to make significant contributions in 2018, NFL Nation is looking at which rookie is in the best position to make an immediate impact.

Saquon Barkley was drafted at No. 2 overall, but don't sleep on Derrius Guice or Royce Freeman. And fantasy owners will want to know if they can finally trust Patriots coach Bill Belichick to lean on one running back enough to justify a high pick. Will Sony Michel be the rare, reliable Patriots fantasy back?

We have the intel on the rookie running back class from team writers, as well as ESPN fantasy football expert Mike Clay's 2018 projections for each rookie.

Saquon Barkley, Round 1, No. 2 overall

ESPN Giants reporter Jordan Raanan: Get ready for a heavy dose of Barkley, beginning in Week 1. The Giants drafted him No. 2 overall for a reason. Barkley is receiving plenty of reps this offseason with the first-team offense, and his role is only likely to increase as the summer progresses. He's going to be a major factor in the passing game, whether it's screens to get him into open space or when he lines up as a wide receiver to exploit matchups against linebackers or safeties. That area of his game (route running and hands) impressed coach Pat Shurmur from the start. Barkley's biggest challenge, like most running backs, will be as a pass-blocker, Shurmur said this is the most difficult aspect for rookies; they are going to see blitzes and schemes they've never seen before. But Barkley has been picking everything else up quickly, so this is likely not far behind.

ESPN Seahawks writer Brady Henderson: That the Seahawks drafted Penny 27th overall, despite greater needs at other positions, suggests he not only should make a significant contribution in 2018, but that there's a good chance he becomes the starter during his rookie season. That won't be easy, though. It will require supplanting Chris Carson, who appears to be fully recovered after an ankle/leg injury ended his promising rookie season early. And the Seahawks also have made no secret of the fact Penny -- like many rookie running backs -- will have to show he can be trusted as a blocker. General manager John Schneider said: "He knows he has a lot of work to do in pass protection and he's been adamant about that. He knows that he has to get to work on that."

ESPN Patriots reporter Mike Reiss: The Georgia product will make an immediate impact, and it could be sizable, because he has a legitimate chance to be the Patriots' No. 1 running back. Outside of injury, which applies to any player, the two main things that could hold him back are ball security (12 fumbles in his college career) and the Patriots' history of rotating running backs. New England re-signed running back Rex Burkhead to a three-year, $9.75 million deal with the intention of having him on the field as well. And James White remains the top "passing back."

ESPN Browns reporter Pat McManamon: It's early in the process, but Chubb has a chance to be the Browns' starting running back. Chubb's between-the-tackles ability and his work ethic will earn him a long look in training camp and preseason. It would not be surprising to see Chubb get the bulk of the every-down carries, especially early in games. The competition will be intriguing. The Browns did sign Carlos Hyde to go with Duke Johnson, in addition to drafting Chubb. But Hyde's tough running would be valuable in short-yardage, red zone and fourth-quarter situations -- assuming the Browns have games when they are protecting a late lead. Johnson's role won't change; he'll be the change-of-pace back, the weapon out of the backfield.

ESPN Buccaneers reporter Jenna Laine: The Bucs believe they have found the home run threat in Jones that they had lacked over the past two years. The Bucs were the only team in the NFL last year that did not produce an explosive rushing touchdown, with "explosive" defined as a rushing play of 12 yards or more. In fact, with Doug Martin, Jacquizz Rodgers, Peyton Barber and Charles Sims, the Bucs had one explosive rushing touchdown in the past two years, the fewest of any team in the league. Jones' 19 rushing touchdowns in 2017 were tied for fifth most in college football. Jones had 39 rushing touchdowns in 40 career games at Southern California, with 18 of them coming off explosive plays. "You can see the guy has got juice," Bucs coach Dirk Koetter said. "When he touches the ball, he's got a gear that we don't have on our team right now." Barber started four games for the Bucs last year, so he also will challenge for a starting role, while Rodgers and Sims will battle for the third-down job.

Kerryon Johnson, Round 2, No. 43 overall

ESPN Lions reporter Michael Rothstein: The Lions are trying to rehabilitate the worst running game in the league and have spent most of the team's draft capital doing so, taking a pair of offensive linemen, a fullback and -- perhaps most importantly -- running back Kerryon Johnson in the second round. There's little question Johnson will have a role as a rookie, although what that ends up being could evolve throughout the season. Detroit signed veteran LeGarrette Blount in the offseason and he should get some early down work as well as short-yardage carries. Theo Riddick remains one of the game's top pass-catching running backs. Ameer Abdullah, the last back Detroit invested a second-round pick in (in 2015) is on the roster, as well, and has looked as sharp. But Johnson's skill set is a combination of all of theirs. So there will be competition, but Johnson is expected to have no worse than a time-share role with Blount and Riddick. If he emerges as a back who can handle the work, he could push at least Blount into a lesser role as the season moves on. 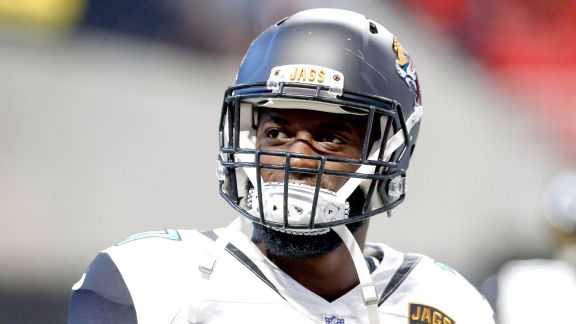 Saquon Barkley, Rashaad Penny and Sony Michel will have their work cut out to match the rookie production of the past four running backs taken in the first round.

Leonard Fournette (2017, 4th overall): He was the second Jaguars rookie with 1,000 rushing yards (Fred Taylor in 1998) and became the youngest player in NFL history with a 90-yard rushing TD (Week 5 at Pittsburgh).

Christian McCaffrey (2017, 8th overall): He joined fellow rookie Alvin Kamara as the only rookie RBs in NFL history with 80 receptions and 5 receiving TDs.

Ezekiel Elliott (2016, 4th overall): His 1,631 yards rushing were the third most by any rookie in NFL history. He was named first-team All Pro.

ESPN Redskins reporter John Keim: Guice will make a big impact from the get-go. The Redskins made it clear they wanted to upgrade the running back position -- aside from third-down back Chris Thompson. So it would be surprising if someone other than Guice opened the season as the starter. He runs with violence and can create extra yards because of his style, something the Redskins have wanted. Guice's main on-field obstacle will be the passing game. LSU did not incorporate its backs in the pass game like other schools. Guice showed good hands when needed, but to become a productive every-down back, he'll also have to handle the protections -- both in terms of understanding where blitzers are coming from and then from executing.

ESPN Broncos reporter Jeff Legwold: The rap on Freeman before the draft was that he had too much production in his four years as a starter at Oregon. Three 1,300-yard rushing seasons to go with a 945-yard season -- on 947 carries over four years -- might be a little too much wear and tear. But the Broncos see a 229-pound back with 4.54-second speed in the 40-yard dash. Freeman will push for plenty of playing time against Devontae Booker. Coach Vance Joseph said: "It's hard to evaluate a running back without pads, but you can see the cutting ability. You can see the vision he has when he's carrying the football. He catches the ball well, also." At minimum, Freeman projects to split some carries, but his size-speed combination could earn him far more.

ESPN Colts reporter Mike Wells: Hines isn't expected to be the Colts primary running back -- Marlon Mack is the early leader for that role -- but the fourth-round pick from North Carolina State will be part of what likely will be a running back-by-committee approach. Coach Frank Reich used a similar approach as offensive coordinator of the Philadelphia Eagles last season. Hines' versatility fits perfectly into Reich's system, which puts a heavy emphasis on exploiting mismatches. Hines, who compares himself to Darren Sproles, can be used in motion and lined up as a receiver against linebackers. Hines played receiver in his first two years at NC State. He rushed for 1,113 yards while averaging 5.6 yards a carry in his lone season as a running back last year. Hines also will get the first shot at being the team's punt- and kick-return specialist.

ESPN reporter Mike Rodak: Weighing 228 pounds and having run a 4.46-second 40-yard dash at the NFL combine, Ballage checks all the boxes from a size and athletic-ability standpoint. He fell to the fourth round in part because of his lack of top-level production at Arizona State, where he split carries. He will face a similar obstacle as a rookie in Miami behind the ascending Kenyan Drake and the ageless Frank Gore, so it is difficult to project Ballage making significant contributions in his first NFL season. His best path to playing time will be Gore showing enough signs of decline at 35 for Ballage to receive the short-yardage reps that might otherwise be allocated to Gore.