FOXBOROUGH, Mass. -- New England Patriots quarterback Tom Brady turns 42 on Saturday, which is a decisive threshold for him to make another major breakthrough.

No 42-year-old position player has ever started all 16 games in an NFL season.

Furthermore, there are only seven non-specialists who have started a game after their 42nd birthday.

Two of them, Doug Flutie and Vinny Testaverde, will be watching closely.

"I think he can do it," said Flutie, who was 42 when he started and led the San Diego Chargers to a 24-17 win against the Kansas City Chiefs on Jan. 2, 2005. "It comes down to when you know what you're doing behind center, when you have a total mastery of the offense, when you know when [defenders] are coming free, when you know the timing of having to get [the] ball out and where the open guy is supposed to be, according to coverage -- it's the combination of his head and arm. My arm was fine, all the way into my 50s."

Flutie's final season came in 2005 with the Patriots. He was 43 and enjoyed his time with Brady, who at the time was 28.

Testaverde and fellow signal-callers Steve DeBerg and Warren Moon are the oldest non-specialists to start an NFL game -- all were 44. Testaverde had just turned 44 when he started for the Carolina Panthers in a 37-6 loss to the Jacksonville Jaguars on Dec. 9, 2007.

"I've been a big fan of Tom for a long time. Got to know him when I played up in New England [in 2006]," Testaverde said. "Super nice guy, great quarterback of course. I always wish him nothing but the best."

In doing so, Testaverde agrees with Flutie that arm strength is unlikely to be an issue for Brady.

"He throws so many short passes that you don't get to see really how strong his arm is," Testaverde said. "But that's the one thing I noticed and I was impressed with when I was there -- how strong his arm really is. No one ever gives him credit for that.

"The thing we won't be able to tell is, is he afraid to step up in the pocket and take the hit when he has to throw a ball when a guy is coming down the barrel at him. ... Those are the things that go first."

"The lower body starts to go. The knees go. The back's a little tight," he said. "The flexibility stuff [is important], and his training -- flexibility more than the strength is the bottom line for that, and he's got that down. He understands that." 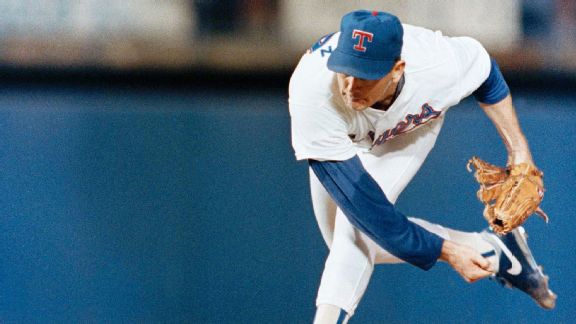 Nolan Ryan's incredible 1989 is our favorite age 42 season. His exploits that summer:
• Finished 16-10 with a 3.20 ERA, 6 complete games and 2 shutouts.
• Struck out 301 batters, leading the league for the third straight season.
• Pitched in the All-Star game and finished fifth in the Cy Young voting.
• Recorded his 5,000th strikeout Aug. 22, blowing a fastball past Ricky Henderson.

As he prepared for this season, Brady said he was working to strike a balance in that area.

"I wanted to get a little bigger this year and put on a few more pounds and try to absorb the hits a little bit more, and I worked pretty hard at that. It was good," Brady said. "I still realized when I got here that I wanted to be a little more fluid, and get back to the fluidity that I'm used to too. There's a difference between getting really dense and obviously being more pliable, and that's really what my focus was."

How rare is what Brady is attempting to accomplish?

Consider that only six quarterbacks have completed a touchdown pass after their 42nd birthday: George Blanda (14), Testaverde (7), DeBerg (3), Moon (3), Flutie (1) and Earl Morrall (1).

"I'm one that doesn't get hung up with the age as much as a lot of people do," said Pro Football Hall of Fame quarterback Kurt Warner, who now works as an analyst for NFL Network. "I played into my late 30s but really felt like I could have played longer, physically. It wasn't a matter of falling off a cliff. If you keep yourself in shape, you can play the game the same way at 43 that you played it at 35, and that's what Tom does.

"So I'm not as enamored by him having success at 40 or 41 when a lot of guys haven't. I don't care so much about that. I look at who Tom Brady is, and I just think he's a phenomenal football player."

Warner highlights three areas that he most appreciates about Brady's game: clutch performance on the biggest stage, an innate sense of timing in the passing game, and patience to make the right throw.

Durability is another area of note. Brady has started all 16 games in a season 15 times. He has done that in nine of the past 10 seasons, with the lone exception in 2016, when he served a four-game NFL suspension to open the season.

If Brady starts all 16 games this season, it would be groundbreaking for a 42-year-old player.

No other position player (non-specialist) has been a starter past 42, although at Patriots training camp practice, teammates say Brady still has a Year 2000-type mentality.

"When you have a guy who has been at it for 20 years and is still out here like it's his first day on the job, like he's a rookie -- he treats each year like that, and we try to keep him young," said fifth-year Patriots receiver Phillip Dorsett.

One way to do that is by giving Brady a day off when needed, such as the second day of training camp this year.

"You have to pace yourself. As I got older, I limited my throws through training camp," Flutie said. "Tom is so polished, but you still have to get all those mental reps so that your timing and the speed at which you think over the ball -- it has to be there."

Is It Something In The Water? 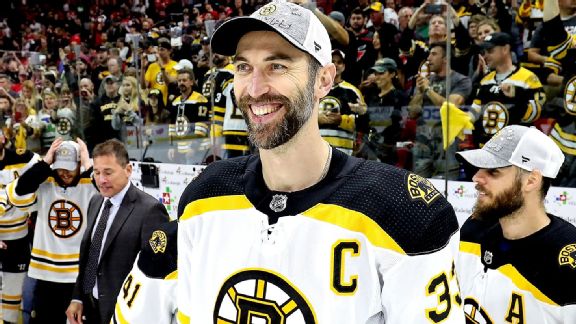 Tom Brady's longevity is amazing, but it's nothing new to Boston fans who have seen several stars thrive into their 40s. Brady isn't even the oldest active pro athlete in town right now. That would be Bruins captain Zdeno Chara, who turned 42 on March 18 and is signed through next season.

Flutie and Testaverde view Brady's playing style and focus on health and nutrition -- as well as the current NFL landscape -- as conducive for him to keep performing at a high level after 42.

While acknowledging that Brady "is not the fastest-footed guy in the world," Testaverde said that Brady "has great feet in the pocket. He knows where to move to get out of trouble. He still has a quick release."

"Some guys can't move around in the pocket anymore. Some guys lose arm strength," Testaverde added. "But that's not the case with Tom, because he's in such good shape and he takes such good care of himself. He'll probably be able to do that until he's 50."