GREEN BAY, Wis. -- Matt LaFleur and Kyle Shanahan represent everything that is young and hip about the NFL. From their half-shaven look to their messed-up-on-purpose hair and perfectly sculpted eyebrows to their inventive offenses, they -- along with their slightly blonder comrade Sean McVay -- are the league's next iteration of head coaches.

Don't let their looks fool you.

There's an old soul in each of them.

His name is Mike Shanahan, and to hear LaFleur tell it, he's one of the biggest badasses they've ever met.

"He's just an old-school guy in terms of just being all ball," LaFleur said in a recent interview. "He was one of the most intimidating guys I'd ever been around."

The elder Shanahan, father of Kyle and winner of 170 NFL games and two Super Bowls, obviously paved the way for his son, the San Francisco 49ers' third-year head coach. But his influence on LaFleur has been far less appreciated since LaFleur became the Green Bay Packers' coach in January.

It was Mike Shanahan who was among the first to send LaFleur a congratulatory text after his first win, in the season opener against the Chicago Bears, and it was Mike Shanahan who immediately came to mind when LaFleur spoke recently about the toughest people -- mentally and physically -- he's ever been around.

And you better believe that a game like Sunday's between the 49ers and Packers is enough to get Mike Shanahan away from his retirement paradise in San José del Cabo, Mexico.

"It is very hard to get him out of Cabo," Kyle said this week.

A game between his son and one of his son's best friends, whose teams are a combined 17-3 and have the best combined winning percentage in a game between the 49ers (9-1) and the Packers (8-2), will do it.

'I didn't know if he was still alive'

When it comes to talking about Mike Shanahan, LaFleur's mind rewinds to an OTA practice in 2012, shortly after the Redskins picked quarterbacks Robert Griffin III and Kirk Cousins in the same draft.

To maximize practice snaps for the two quarterbacks, Shanahan divided the team and the field in half and ran the same drills simultaneously with the two rookies. (That, by the way, should sound familiar to those who watched how LaFleur ran essentially two practices at once this summer during training camp.)

Shanahan stood in the middle of the field to watch both.

With his back turned to Griffin, Shanahan watched a play at the other end of the field just as Griffin launched a deep ball.

"Mike was right in the middle of the field and he had his back turned and I'll never forget this: The defensive back and the receiver went full bore and just plowed into Mike," LaFleur said. "I was the first one there to see him.

"Did you ever play [the video game] Mike Tyson's Punch-Out!!? He looked like he was 'Glass Joe.' I thought he was going to be severely hurt, like I thought something was really wrong. I didn't know if he was still alive, to be honest with you, because he was out."

Shanahan verified the story, although, understandably, his memory of it was fuzzy.

"Thankfully not too many people cheered, but I did take a pretty good shot," he said. "I don't really remember it, to be honest, I was that dazed. But you try to get up and act like it's no big deal. All the players got a kick out of it, saying, 'Man, we thought you were dead.' I said, 'You guys aren't that lucky.'"

It was bad enough that the Redskins' doctors immediately ordered Shanahan to go to the hospital. But not for long.

"I'll be damned, he was right back at work," LaFleur said. "This was a guy that was the most focused person I've ever been around. The hours he would put in ..."

It was at that moment when LaFleur knew the kind of toughness and work ethic it took be an NFL head coach.

"He was the most focused person I've ever been around," LaFleur said. "He could sit there and watch tape for hours without getting up, without getting water or coffee or a piss break. His focus was just second to none that I've been around.

"It opened up my eyes to how it needs to be done. Granted, we didn't have the success that we would have liked to [in Washington], but there's no doubt in my mind why he was such a successful coach."

'You knew they were going to get to the next level'

Mike Shanahan didn't know LaFleur when he got the Redskins job in 2010. But he trusted Kyle, who trusted Robert Saleh.

It was Saleh, now Kyle's defensive coordinator with the 49ers, who got LaFleur into the NFL. Saleh and LaFleur worked together as graduate assistants at Central Michigan, where they shared an apartment with a kitchen table but no chairs and once had to shovel head coach Brian Kelly's driveway and park cars at a party they mistakenly thought they were invited to. 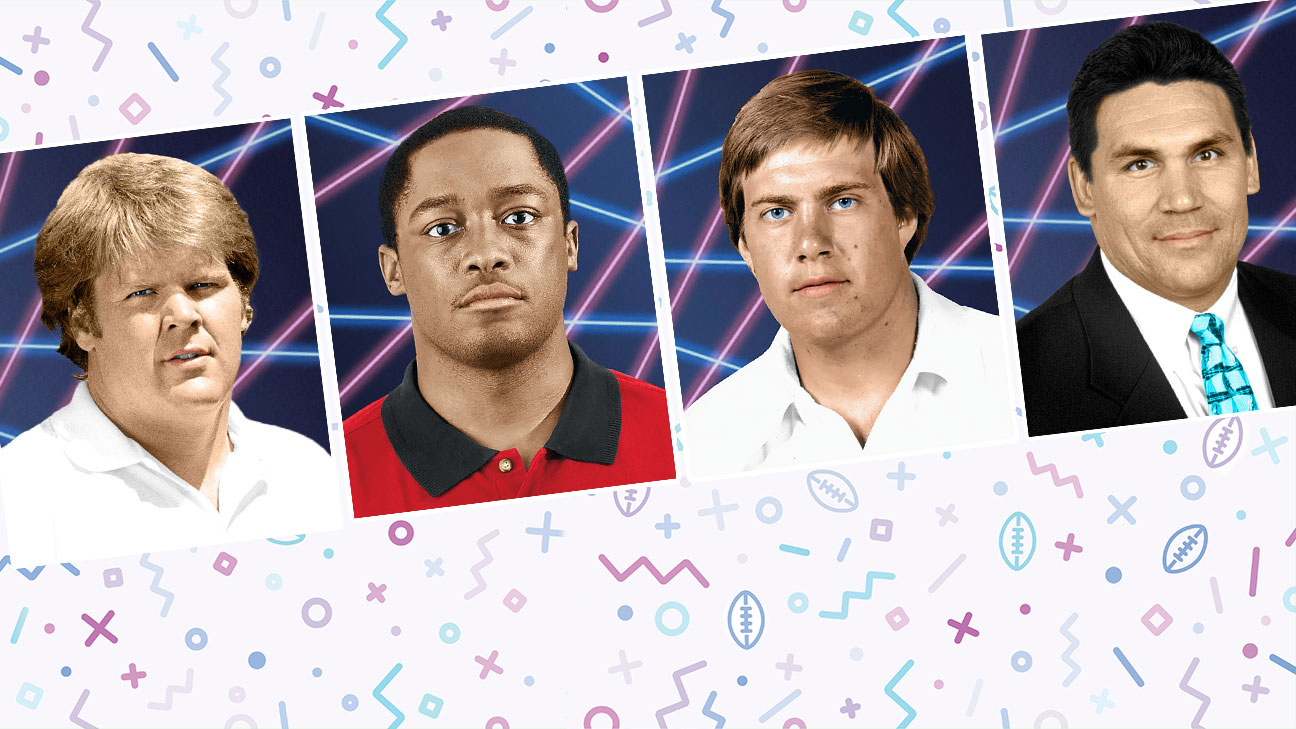 Saleh convinced Kyle to bring LaFleur to the Houston Texans in 2008 as an offensive assistant. Kyle, the offensive coordinator, then convinced his dad to hire LaFleur as quarterbacks coach with the Redskins two years later. The staff in Washington also included McVay.

LaFleur worked with Kyle Shanahan all but one year from 2008 to 20016, with three different teams (Houston, Washington and Atlanta), before he joined McVay as offensive coordinator with the Los Angeles Rams in 2017.

"You could tell right away how comfortable they were with each other because they had already spent so much time together in Houston," Mike Shanahan said of his son and LaFleur.

"I had some pretty good coaches with me. I had Kyle and I had Sean, I had Matt and I had Chris Foerster. I was lucky to have coaches that kind of fed off another. They studied the game and they just knew they would eventually be coordinators, head coaches. You're never sure how fast it's going to come, but you knew they were going to get to the next level."

One degree of separation

There are more connections to Sunday's game than the two head coaches and their similar offensive philosophies.

'It all goes back to my dad'

Mike Shanahan was 36 years old when he became a first-time head coach with the Raiders in 1988. Kyle was 37 when the 49ers hired him in 2017. McVay was only 30 when the Rams hired him the same offseason. LaFleur was 39 when he Packers hired him in January.

"Sean, Matt and Kyle were all very young when they got their first opportunity," Mike Shanahan said. "But they were ready. They really were. Not only offensively but defensively was well. To be at the point where they're at so early in their careers and gotten these opportunities, not only did they have to know their jobs but other people's jobs as well to get comfortable in this position, and I know all three of those guys definitely do."

All three do it in a similar fashion.

They run offenses based on pre-snap motion, play-action and a strong running game that stresses the outside zone scheme.

"It really started in Washington," Kyle said in an interview earlier this year. "It all goes back to my dad. You're a product of your environment, and when you get your opportunities it becomes your own."