There are no perfect teams in this NFL season. The Ravens have looked pretty close for the past two months, and the Patriots got off to one of the hottest starts in league history, but there's no team that would be a mismatch for everybody or a favorite to win on every other team's home turf. Each of the league's playoff contenders has weaknesses.

Of course, if they run into a team that can exploit those weaknesses, the results can be fatal. Think about the 2017 season, when the Jaguars manhandled the Steelers in the regular season and then beat them again in the playoffs. The Steelers were likely a better team on paper and clearly had a quarterback advantage with Ben Roethlisberger against Blake Bortles, but the matchup of a dominant, ball-hawking defense against the aggressive Roethlisberger just wasn't a good one. Jacksonville was able to exploit it and nearly make a trip to the Super Bowl in the process.

Let's run through the 12 teams currently in playoff spots with two games to go and pick their possible playoff kryptonite. I'll identify a weakness that stands out in how they've played and pick a team that might be able to exploit that problem on their side of the conference playoff bracket. In some cases, we've already seen those opponents use their would-be advantage earlier in the season. In others, we saw teams take advantage of the kryptonite in Week 15.

Would I favor every one of these kryptonite teams to beat their opponents? Absolutely not. I do think, though, that each of these 12 playoff teams would rather avoid a matchup with the team I'm mentioning. I'll start with the best team in football, because even the Ravens have weaknesses:

Playoff kryptonite: Quarterbacks who can beat the blitz

I'm pretty sure Lamar Jackson is impervious to kryptonite, which is why I'm looking toward the other side of the ball. Since the Ravens traded for cornerback Marcus Peters before Week 7, their defense is allowing the league's stingiest passer rating (72.5) and yards per attempt (5.8). Adding Peters has led the Ravens to blitz even more frequently, upping their rate to 53.5%. Their success rate with those blitzes has doubled; after sacking teams on 5.9% of their blitzes before Peters arrived, they're up to 10.8% after Week 7.

The kryptonite for blitzes can also be screen passes. Teams haven't been able to hit many screens against Baltimore's blitzes this season, but since the Peters trade, the Ravens are allowing a passer rating of 124.2 when teams throw screens against their blitzes, which ranks 24th in the NFL. Naturally, the Ravens want to avoid quarterbacks who consistently make blitzing defenses pay.

I'll go with one of the two teams to actually topple the Ravens so far. (I'm not sure anyone is willing to acknowledge that the Browns beating the Ravens by 15 points actually happened.) The Ravens probably don't want to see Patrick Mahomes again. The reigning MVP was 27-of-37 passing for 374 yards and three touchdowns when the Chiefs beat the Ravens in September, and he has a track record of absolutely shredding defenses who play like the Ravens. Since taking over as the starter in 2018, Mahomes has the best QBR (87.9) and second-best passer rating (120.2) in football. He was 10-of-16 for 104 yards with two touchdown passes against the blitz the last time these two played. Putting up just 6.5 yards per attempt isn't a Mahomes-esque number, but the Ravens were only able to sack Mahomes once off a blitz, and that came on a third-and-15.

While the Ravens have improved after adding Peters, the Chiefs didn't have Tyreek Hill for that first game, with Mecole Hardman instead popping up with an 83-yard touchdown catch. The Ravens go deeper at cornerback than arguably any other team in football, but the Chiefs respond with arguably the deepest group of weapons in the league. Travis Kelce had seven catches for 89 yards in the first contest, and outside of shutting down George Kittle, the Ravens really haven't had to deal with many star tight ends this season.

It seems odd to mention the Chiefs and their well-known sieve of a run defense against the league's most devastating rushing attack, but Kansas City was able to slow down Jackson the first time these two teams played. The Chiefs seemed to focus on stopping Jackson at all costs, limiting him to eight carries for 46 yards and a lone rushing touchdown. The other Baltimore backs ate -- Mark Ingram and Gus Edwards combined to touch the ball 23 times for 156 yards and three touchdowns -- but with Jackson averaging just 6.2 yards in the air across his 43 passing attempts, the Chiefs were able to keep the Ravens quiet for most of the game before allowing three late scoring drives with a big lead.

Baltimore still got to 28 points, but the Chiefs' strategy is likely going to be how teams try to slow down the Ravens in the postseason. There's absolutely no stopping the soon-to-be-named MVP Jackson, but he's the scariest part of this Ravens offense. Ingram is going to make opposing teams pay if they keep their defensive ends on the edge and force Jackson to hand the ball off, but the chances of Jackson running for 20 yards are higher than the chances of Ingram doing the same thing. The Bills last week did an excellent job of working as a unit and taking away big plays from the Ravens while making one mistake on the 66-yard Hayden Hurst touchdown just after halftime. Teams are going to try to follow that philosophy, although emulating the Bills will be tough.

Playoff kryptonite: Teams that minimize the importance of Stephon Gilmore

If Gilmore wasn't already the Defensive Player of the Year, the Patriots cornerback might have sealed up the award by picking off two Andy Dalton passes Sunday, taking one to the house for a pick-six. I hardly need to recite Gilmore's résumé at this point, but the 29-year-old has given Bill Belichick the ability to shut down whichever opposing receiver he wants from snap to snap. 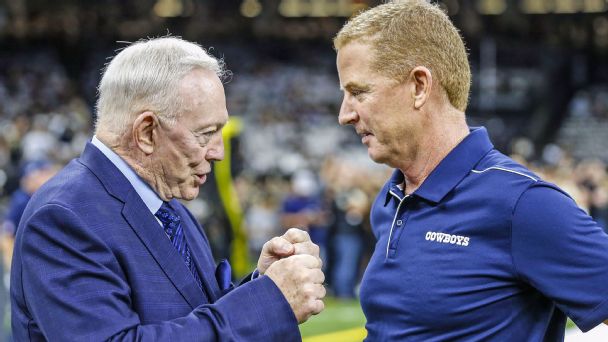 The Patriots have a great defense around Gilmore, of course, but they're going to do best against opposing offenses that revolve around throwing to one star wide receiver in the postseason. Teams that don't rely heavily on the pass are likely to do best against the Pats, given that New England's dominance really stands out through the air. Through Week 14's games, the Patriots led the league with a -41.7% pass defense DVOA. To put that in context, while the 49ers are close to the Pats at -35.6%, the No. 3 Ravens are at -18.0% and closer to the Seahawks in 15th place than they are to the Patriots.

Belichick's defense ranks sixth in the league in DVOA against the run, and that will likely fall a bit after Sunday's game, when the Bengals ran the ball 32 times for 164 yards before dropping behind and being forced to throw. Sixth in the league is still pretty good, but I'm not sure that's good enough against ...

The Ravens scored 30 points on offense against the Patriots in early November, the most of any team this season. Much of that, unsurprisingly, came on the ground: Baltimore ran the ball 41 times for 210 yards and three touchdowns, two of which came from Jackson. The Ravens had eight meaningful possessions in the game and punted just twice, with Baltimore scoring four touchdowns, kicking a field goal and Ingram losing a fumble to set up a Patriots field goal.

It would be wrong to say that Gilmore would be wasted against the Ravens, but the game doesn't optimally set up for him to shut down a heavily targeted player. The Patriots could theoretically stick Gilmore on tight end Mark Andrews, who is targeted on 36% of the routes he runs, but that would likely mean they would need Jonathan Jones to play in coverage against speed demon Marquise Brown, and Jones was being used as the focal point of the spying package against Jackson.

Of course, the Ravens also gave Tom Brady fits when they were on defense. Brady's numbers have fallen across the board this season, but he has been notably bad when blitzed. Even when we include Brady's effective three-game stretch to start the season, he has posted a passer rating of 75.8 and a QBR of 39.7 against the blitz, which ranks 28th and 26th, respectively, in the NFL. The good news for the Patriots is that they still project as the second seed in the AFC, which means they wouldn't be in line to play the Ravens until the AFC Championship Game.

While the Chiefs might very well be susceptible to teams that run the football effectively, a bigger -- and more pressing -- concern would likely be the health of their star quarterback. While Matt Moore is an underrated backup, and Nick Foles proved that a team can win the Super Bowl if it does a good enough job of coaching up the No. 2 option, the Chiefs realistically need Mahomes to stay healthy to have their best shot of making it to the Super Bowl.

He has been very good since returning from his knee injury in Week 10, and he threw for 340 yards and two touchdowns in the snow against an underrated Broncos pass defense in Sunday's 23-3 victory. It's also fair to say that he hasn't quite hit the lofty heights of 2018 or what he was showing before he was slowed down by ankle and knee injuries. Remember that Mahomes was posting a passer rating of 141.1 earlier this season in games before repeatedly injuring his ankle, with that number falling to an even 80.0 in those games after the ankle injury.

Over the past five games, Mahomes has been somewhere in the middle, posting a passer rating of 97.3, the sixth-best mark in football. He has looked fine as a rusher, racking up 59 yards against the Chargers, while a 20-yard scamper against the Broncos on Sunday was called back for an illegal shift. The Chiefs can win with this version of Mahomes, but they need him to stay healthy.

Naturally, the Chiefs will want to avoid teams that batter opposing quarterbacks. No team has given opposing quarterbacks more bumps and bruises than the Steelers, who are second in the league with a sack rate of 9.1%. They have the sixth-highest blitz rate in the league. With T.J. Watt playing like a Defensive Player of the Year candidate, Pittsburgh has one of the best pass-rushers in all of football.