In the NFL, where so many players live in mini-mansions and luxury apartments, Baltimore Ravens starting guard Bradley Bozeman's home for the past year is on wheels and features 600 square feet of living space, not including the makeshift screened-in porch under the 15-foot outdoor awning where he put up the Christmas tree.

Bozeman and his wife, Nikki, lived this past football season in a recreational vehicle. But the newlyweds weren't exactly roughing it in Walter White's "Breaking Bad" camper. The Bozemans' brand-new, 40-foot Keystone Cougar RV cost $48,000 and has such perks as a 65-inch television, granite countertops, a California king-sized bed and a separate room for their two dogs.

Take a left down the hallway after stepping inside and you're in the kitchen. On the right side, there's a full-sized refrigerator, a three-burner stove, a small oven and island. To the left, there's the dining section, which is basically a table and two-seated bench.

Just ahead is the cozy living room, which has a TV, a pullout couch and two leather club seats with drink holders installed on the arms. The rest of the RV has a bed big enough for a 6-foot-3, 317-pound professional athlete to sprawl out in and a second bedroom with a shelf for their puppies -- Dodge, a plott hound and Labrador mix; and Luna, a German shepherd and sheepdog mix.

After a long day of practice and meetings, Bozeman would often get greeted at home by a fire in the outdoor pit. Bradley and Nikki would talk there for hours, and they're already that couple that finishes each other's sentences.

Life in the RV certainly has its drawbacks. Showers are limited to three to four minutes because it's a gallon-sized hot water heater. The mosquitoes were a problem before the screened-in porch.

And when there is an argument ...

"There's not a lot of hiding," Bradley said with a chuckle. "We definitely grew in our relationship. You got to learn how to work through things pretty quickly, and it was such a fun time though. I wouldn't change it for the world."

The Bozemans blown away by trip to middle school

Ravens guard Bradley Bozeman and his wife Nikki discuss their experience at Truman Middle School as they talk to students across the country.

According to the RV Industry Association, it's estimated that one million Americans live full time in an RV, although Bradley might be the only NFL player to do so last season. That was far from the original plan. Bradley and Nikki want to travel across the country with their dogs, and they weren't going to put them on airplanes. They bought the RV for offseason travel, but the idea to make it their home came shortly after.

Bradley believes it's saved them close to $1,800 per month in rent, which is huge for a sixth-round pick entering his second NFL season. At that time, he wasn't yet the starting left guard for the highest-scoring offense in the NFL.

"It was kind of a little give and take, but I loved it," Nikki said. "I just thought it was great. I just liked the simplicity of it, the being able to get up and go anywhere."

Bradley made headlines in 2017, when he proposed to Nikki on the field after Alabama's national championship victory. He was a two-year starter in college and was known for toughness, but he fell to the 215th overall pick because of the questions about his athleticism.

Entering last season, he was not atop the depth chart. He didn't get his first start until the third preseason game after Jermaine Eluemunor struggled and got traded to the Patriots.

It was around that time when the Ravens' locker room caught wind of Bradley's living situation.

"Did you know Boze and his wife live in a trailer?" players would say.

Bradley would then show pictures of his not-entirely-rustic lifestyle.

"I couldn't believe it," center Matt Skura said. "It's a nice RV. If you're going to do it, you might as well have a nice one. They're making it work."

Skura, who has been married for four years, jokingly added, "That's a great way to test a fresh marriage."

Bradley and Nikki are currently on the road in a smaller RV, making their way from the East Coast to California and back. It's part vacation and part offseason vocation.

The Bozemans are talking to students all across the country to help stop bullying, which they both experienced growing up. Their original plan was to travel over 6½ weeks (from Feb. 10 to March 23), and 10,000 miles in a donated RV (it's smaller and easier to maneuver on the road), meeting with children from Baltimore to New Orleans and Los Angeles to St. Louis. On Friday, due to the coronavirus precautions, the Bozemans cut the trip short.

In speaking with more than 16,000 students, what the Bozemans have learned is schools are different but the problems with bullying are not. It's an issue that affects families from all incomes, ethnicities and school sizes.

"The overwhelming thing is we've just gotten so many of the same questions," Nikki said. "People ask if they've seen bullying, what do they do? They don't know how to start."

This journey is a personal mission for the Bozemans. Bradley was picked on endlessly for being "short and fat." Nikki was ridiculed for being the tallest in her class.

During their presentation at schools, which runs about 90 minutes, they answer questions from students and tell their own stories about being bullied. Nikki shares the time a boy led classmates in chants of "man hands" and "Gigantor" every time she stepped onto the school bus.

For Nikki, it was difficult for her to talk to an adult. So, she went to the gym at 6 a.m. after a day when someone was being ruthless to her. That's why Nikki preaches about "finding your why." 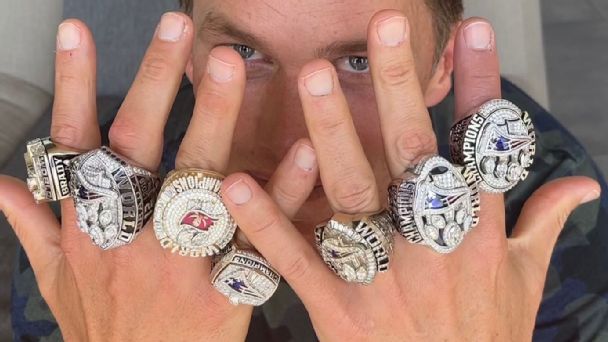 If you woke up at 3 am and you couldn't go back to sleep, what would be the one thing that you'd be excited to do? And that is your outlet.

"I felt like it was a great experience, much greater than I expected," said Bob Brauneisen, the principal at Castaic Middle School in Los Angeles. "They play off each other very well. It's great to have the dual perspective. They have such a good story to tell."

The story that stands out to Bozeman during this trip occurred in Arizona, where a student stood up and said, "I don't feel like anyone's there for me."

Bradley, with his soft-spoken voice and country drawl, responded, "We're here for you. This is what we do."

The Bozemans' coast-to-coast and back again excursion was based on schools that reached their foundation's website as well as their love of country music.

I was totin' my pack along the dusty Winnemucca road

So, Bradley and Nikki made sure their course led them to the small desert town of Winnemucca, Nevada, where a vice principal took them off-roading.

"We were literally walking down Winnemucca Main Street and got beeped at by a semitruck!" Nikki said.

As fans of George Strait's "Amarillo By Morning," the Bozemans hit the largest city in the Texas Panhandle. That's the spot where Bradley crushed a legendary eating challenge, devouring a 4.5-pound steak, shrimp cocktail, baked potato, salad and a buttered roll in 48 minutes, 8 seconds.

Their adventure has led them to seeing the Grand Canyon, walking through the Redwood Forest and driving up the Pacific Coast Highway. They've chowed down on some barbecue in Texas, tasted the red and green chiles in New Mexico and enjoyed a traditional Basque dinner (meats and fish grilled over hot coals) in Winnemucca.

Bradley does most of the driving while Nikki is on the computer making sure the preparations are set for their next stop. The plan has been limiting each stretch to seven to eight hours of driving, and they've fortunately had only one day of rain.

When they return to Baltimore, they want to continue their work. Health precautions permitting, Bradley and Nikki have booked several schools in Maryland for April, and they're hoping to meet with legislators.

Maryland has one of the strictest cyberbullying laws, called Gracie's Law, which is named after 15-year-old Grace McComas, who took her own life in 2012 after being bullied online. But not every state has a law like this.

"We're trying to expand that and make it an open conversation," Nikki said.

What will change for them is their home. When they come back, they will move out of their RV and into a recently purchased single-family home.

Bradley and Nikki thought they were going to live in the camper for two or three more years. But this house was too good for them to pass up.

Right now, the RV is sitting in front of their new house.

"If anyone wants to purchase it, feel free to reach out," Bradley said. "We had some great times there."