Editor's note: Brady is expected to sign with the Bucs. This piece was first published earlier on Tuesday, when Brady announced that he wouldn't be returning to the Patriots. It has been edited to reflect the latest news.

Deep down, Tom Brady needed to find out. So did Bill Belichick. Together they had run out of opponents to conquer and mountains to climb. They had to break up to answer the only question left about the most successful partnership in NFL history.

Who was more vital, the quarterback or the coach?

The sports world has already been turned upside down by the coronavirus pandemic, postponing and canceling games and events throughout the globe. Nothing can shock us any longer as fans, and yet this day is still a doozy. Brady rocked pro football with the most stunning defection the sport has ever seen, leaving his six-ring circus, the New England Patriots, for a free-agent deal with the Tampa Bay Buccaneers.

That's right, if ol' No. 12 wins Super Bowl ring No. 7, it will be in the Bucs' colors. Man, it felt really strange to type those words.

Brady's coach will no longer be Belichick. His home will no longer be Gillette Stadium. His goal will no longer be joining New England greats such as the likes of Bill Russell and Larry Bird, Ted Williams and Carl Yastrzemski, as a one-uniform icon. Brady has chosen to end his career the way his idol, Joe Montana, and his friend, Michael Jordan, ended theirs -- in the weird colors of a second employer.

"I don't know what my future holds," Brady wrote on social media, "but it is time for me to open a new stage for my life and career."

What a monumentally dangerous gamble. If Brady spends the rest of his unprecedented career going 8-8 and 9-7, he knows what people will say.

Of course, he also knows what people will say if he advances to another Super Bowl or two while the Great Bill of Foxborough looks more like the Not-So-Great Bill of Cleveland with his next starting quarterback.

Brady has never feared the consequences of failure. Shortly after the Patriots made him their second of three sixth-round picks in the 2000 draft, and the 199th pick overall, the former Michigan quarterback told owner Robert Kraft, "I'm the best decision this organization has ever made." Now Brady has made by far the boldest decision he has ever made.

Worn down by 20 consecutive seasons of relentless and unforgiving coaching from Belichick, tired of below-market wages and below-average playmakers, the 42-year-old Brady enjoyed free agency's liberation so much that he'll allow Logan Ryan's pick-six in New England's foggy playoff loss to Tennessee to stand as his final Patriots pass.

"Please Stay Tommy," read one giant sign that night. Tommy chose instead to start a brand new adventure, and to prove that he was always far more than the dimpled product of Belichick's genius.

The safe move, maybe the smart move, was to stick with the coach and team and division that appeared to give Brady his best shot of winning big -- and making New England the first franchise with seven Super Bowl titles -- before he retires. After the Patriots lost to the Titans, I asked Brady why he would ever abandon the comforts of the AFC East, which he had won 11 straight times and 17 times in all.

Brady just left behind all that winning, all that sweat equity in Foxborough, and opened the door for the haters to attack his GOAT standing if things go awry.

He didn't need to do this. Brady won a dozen games last season and was one inexplicable home loss to Miami away from earning another first-round bye and landing in solid position to advance to his 10th Super Bowl appearance. His starting center, David Andrews, is expected to play again after missing all of 2019 because of blood clots in his lungs, and Belichick will almost certainly hunt for upgrades at receiver. Brady's offensive coordinator and brother confessor, Josh McDaniels, is also back to provide the counsel and playbook that have helped make the quarterback such an indomitable force.

What is next for Brady, Patriots?

Adam Schefter breaks down the options for Tom Brady and the Patriots after the QB posted on social media that he will be leaving the team.

Sounds like an awfully difficult situation to walk away from. And yet walk away Brady did, sticking Belichick with Jarrett Stidham, the 2019 fourth-rounder from Auburn, or whichever available veteran arm is willing to replace a living legend.

Some people inside the organization were hoping Belichick would show Brady some extra love and affection (and dollars) in the final hour in a bid to bring Tommy home, but that's not how this overlord rolls. Belichick was telling people years ago that he looked forward to the day he could try to win a Super Bowl with a different quarterback. Now he gets his shot.

Two offseasons ago, after Brady and Belichick clashed over Brady's would-be successor, Jimmy Garoppolo, and over Tommy's fitness guru and business partner, Alex Guerrero, Brady seriously considered leaving the Patriots following their dispiriting Super Bowl loss to Philadelphia. "If you're married 18 years to a grouchy person who gets under your skin and never compliments you, after a while you want to divorce him," a source close to the Brady-Belichick relationship said at the time. "Tom knows Bill is the best coach in the league, but he's had enough of him. If Tom could, I think he would divorce him."

Now Brady gets his shot. 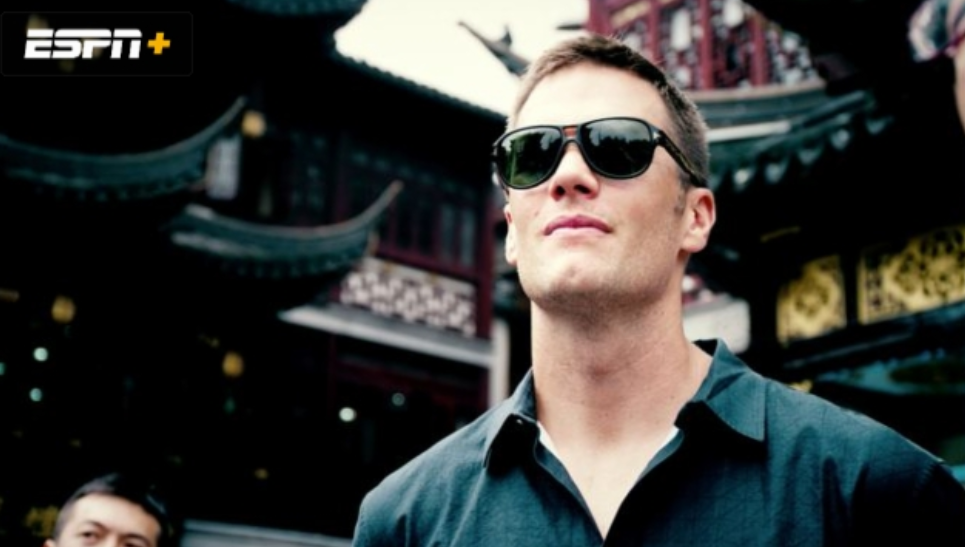 This much is clear: It's going to be a ton of fun to watch.

Brady's defining rival used to be Peyton Manning. Today it is William Stephen Belichick, once and for all.

May the best GOAT win.