As the wait for quarterback Dak Prescott's upcoming contract with the Dallas Cowboys extends into a second decade ... wait, has it not been that long? It sure seems that way.

The Cowboys placed the exclusive franchise tag on Prescott in March, which means he will make at least $31.4 million in salary in 2020. But, the hope from Prescott's camp and the Cowboys has been they will work out a long-term agreement, though discussions have not picked up in intensity in recent weeks.

The next important date to remember is July 15. Without a long-term contract signed by that date, Prescott will have to play on the tag throughout the 2020 season and cannot sign a long-term deal with the Cowboys until after the season ends.

With most live sports on a hiatus because of the coronavirus pandemic, talks between the Cowboys and Prescott's agent, Todd France, have been analyzed by fans and media with a zeal not often seen during the normal sports news cycle.

Trenches have been dug in the debate that seem laughable when there are statistics and evidence to back up the fact that Prescott has been one of the best quarterbacks in the NFL since taking over the Cowboys' offense in 2016.

Theories have emerged as to why the Cowboys have not struck a deal yet. Let's examine some of the most discussed narratives:

The Cowboys have an offer that, according to sources, would make Prescott the second-highest-paid NFL quarterback in terms of average per year. That figure would fall behind Seattle Seahawks quarterback Russell Wilson, who makes $35 million a season and received guaranteed money that is on par with Jared Goff's $110 million guarantee from the Los Angeles Rams.

The Cowboys went through a long quarterback winter from the time Troy Aikman retired in 2001 to the time Tony Romo took over in 2006. Cowboys owner and general manager Jerry Jones, and executive vice president Stephen Jones, know the difficulty of finding and keeping franchise quarterbacks. Prescott, who was selected No. 135 overall in the 2016 draft, has a 40-24 record as a starter, took the Cowboys to the playoffs twice, won a postseason game and is coming off career highs in passing yards (4,902) and touchdown passes (30).

Theory: Dallas waited too long to try to sign Prescott

NFL rules prevented the Cowboys from signing Prescott to a contract extension until after his third season (2018). As soon as they could, the Joneses said repeatedly Prescott was their No. 1 priority to sign long term.

In April 2019, Wilson signed a four-year, $140 million deal that made him the highest-paid quarterback in terms of average per year ($35 million).

Wentz's contract came together in June 2019; Goff's deal was finalized in September 2019.

Did the Cowboys miss a window in which to get the deal done with a more aggressive (i.e., lucrative) offer? Dallas thought it was close to a deal with Prescott, as the 2019 season opened, on a contract worth $33 million per year and more than $90 million guaranteed, but Prescott opted to play out the season on his $2 million salary.

Yes, the Cowboys have signed defensive end DeMarcus Lawrence, running back Ezekiel Elliott, linebacker Jaylon Smith, right tackle La'el Collins and wide receiver Amari Cooper to monster extensions since the 2019 offseason, but those deal have not taken away any of the money the team set aside for Prescott.

Verdict: They still have until July 15 to sign him to a deal.

If less money is being offered in a deal that would still make Prescott the second-highest-paid quarterback in the NFL, then everybody should be so fortunate. 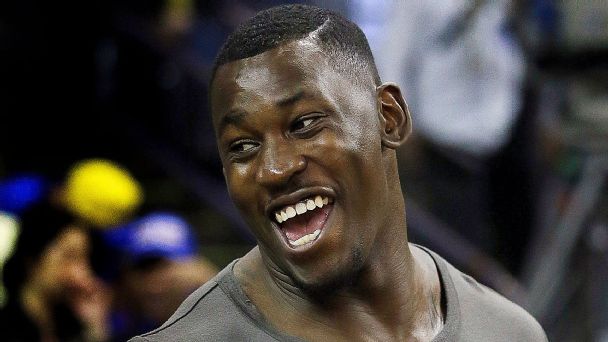 » Aldon Smith 'grateful,' wants to inspire others
» Barnwell: Cowboys upgraded their offense
» Gallimore's best football might ahead of him
» Robinson can impact Cowboys on, off field
» Dallas' offseason story: From panic to hope

Here's a Cowboys history lesson. In 2013, Romo was going into the last year of his deal and could not be subject to the franchise tag in 2014. Romo had not taken the Cowboys to the playoffs since 2009, but the organization remained all-in on the quarterback then for the same reasons the Cowboys are all-in on Prescott now.

In April 2013, Romo signed a six-year, $108 million deal that included $55 million in guaranteed money. A month earlier, Joe Flacco had become the highest-paid quarterback with an average of $20.1 million after helping the Baltimore Ravens to the Super Bowl. He had a $51 million guarantee.

Romo's guarantee was tied for second most among quarterbacks, and his $18 million average was fourth most that year. Romo had one playoff win at that time.

Not to be forgotten, Romo was working off a six-year, $67 million contract in 2013, whereas Prescott was coming off a rookie deal that paid him roughly $4 million in salary and signing bonus over a four-year span.

Verdict: The Cowboys gave the money to Romo, so why wouldn't they give it to Prescott?

Why Dak has earned payday from Cowboys

Domonique Foxworth makes a case for why the Cowboys should sign Dak Prescott to a long-term contract.

Theory: Prescott should realize how much he makes off the field

Few NFL players do better than Prescott in terms of exposure when it comes to marketing his own brand. While advertising income is difficult to nail down, Prescott has had lucrative deals with Adidas, Oikos, Pepsi, Campbell's Chunky Soup, 7-Eleven, New Era caps and Sleep Number beds.

Prescott has loss-of-value and disability insurance policies, as well as multiyear endorsement deals, that altogether are valued at more than $50 million as of September 2019, league sources told ESPN.

The Cowboys attempt to use their popularity and a lack of state income taxes in Texas to their advantage when appealing to players for big-time deals. The team's argument is a valid one because the guarantees given to Goff and Wentz take big hits because of taxes as well as the higher cost of living in California and Philadelphia compared to Texas for Prescott.

But that's not the quarterback's fault, and he shouldn't have to take a major hit on certain financial benchmarks that matter to quarterbacks (and, honestly, agents).

While he shouldn't take substantially less from the Cowboys on a long-term deal, his management team shouldn't ignore the benefit Prescott receives from playing for the Cowboys. They are called America's Team, after all.

Had Prescott put up similar statistics with smaller-market teams such as the Jacksonville Jaguars or Buffalo Bills, he would not be in some ways as well-known.

Verdict: The Cowboys don't weigh what they're going to pay a player based on what he makes off the field.

With all the speculation, July 15 can't get here fast enough.