This summer, the NBA's salary cap for the upcoming season increased by 34.5 percent overnight. The result? Free agents saw their salaries skyrocket, and the Golden State Warriors had just enough cap space to sign Kevin Durant. The league fundamentally changed the way it operates by virtue of its economics.

The NFL hasn't undergone quite as staggering a change, but its salary structure has also been rising considerably. After the cap basically stayed stagnant for three years following the 2011 lockout, it has risen steadily ever since. The cap was at $123 million in 2013, but after picking up about $10 million in each of the ensuing three seasons, the 2016 cap figure came in at $153.3 million. That's a 25 percent increase over three years. 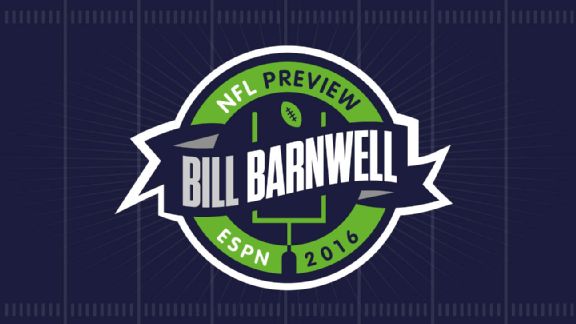 As a result, most teams are in comfortable cap situations. We've rarely seen the sort of true "cap hell" that came for organizations like Baltimore and Tennessee in the previous decade, when they needed to shed talent just to survive. Teams have also gotten better at managing the cap and structuring contracts to maintain flexibility. As long as the cap continues to rise at this rate -- perhaps a dangerous prediction -- most organizations will be able to manage their cap effectively.

And yet, there are teams that clearly aren't able to put together the sort of roster they want because of their balance sheet. Their cap situation prevents them from signing free agents to fill holes, adding badly needed depth or retaining talented young contributors. The impact isn't always a Durant-sized void, but it is meaningful. Consider that the Denver Broncos won the Super Bowl with a ton of help from star pass-rusher DeMarcus Ware, who the Cowboys had to cut because of their cap woes in 2014.

These cap situations all get fixed -- it's not as if a team in bad shape would opt to sit out a season instead of getting under the cap -- but the corrections are painful. They're also worth monitoring a year in advance. Let's run through those teams that have cap issues coming, identify the moves they're likely to consider making to create space and figure out which players might be under extra pressure to perform in 2016.

In alphabetical order, here are the league's most troubling cap situations. This uses salary data from Spotrac and assumes a $165 million cap (before any rollover funds) for 2017.

Bad decisions with long-term contracts, injuries to key contributors and the onerous terms of the extension Joe Flacco signed after Super Bowl XLVII have left the Ravens in rough cap shape. They had to restructure the deals of Marshal Yanda and Jimmy Smith this offseason by converting much of their base salaries to signing bonuses, creating $8.5 million in cap space, but making it harder to move on from those players in the future.

Bill Barnwell now has a podcast, too. Click the link below to access the latest episodes of The Bill Barnwell Show, as he and his many guests talk all things sports. Listen »

The money owed to unproductive and/or injured veterans like Lardarius Webb ($9.5 million cap hit in 2017), Steve Smith ($4.2 million this season), Jimmy Smith ($5.1 million after the conversion), Dennis Pitta ($3.2 million after taking a salary reduction to stay with the team) and Terrell Suggs ($7.5 million) has forced the Ravens to miss out on retaining talented young contributors like Pernell McPhee and Kelechi Osemele in recent years.

The Ravens trust their ability to draft and develop young talent while finding bargains in free agency, but as their 2013 draft class approaches free agency, it's a reminder that even the good ones strike out. Ozzie Newsome whiffed on first-rounder Matt Elam and second-rounder Arthur Brown, but third-round pick Brandon Williams has turned into a wildly underrated nose tackle and somebody Baltimore desperately needs to keep around to form the interior core of the defense alongside Timmy Jernigan and C.J. Mosley. With Baltimore already approaching the cap ceiling, though, it will be tough to shell out the Damon Harrison-sized deal Williams will likely warrant on the open market.

It's not impossible to imagine the Ravens finding a way to retain Williams, but it will involve some tough calls. Among the moves they can make:

The Cowboys are in a good bad-cap situation, if that makes any sense. They need to create cap room to sign players in the years to come: Church and possibly Williams before 2017, and then Travis Frederick and Zack Martin before 2018 and 2019, respectively. That's a good problem: You want to develop young talent and retain it. It's just going to be tough for the Cowboys to do so with their current cap situation and how it shapes up in the years to come.

Dallas has the second-most money committed already for 2017, the fourth-most for 2018 and the second-most for 2019, with much of it tied up in long-term deals for players like Tony Romo and Dez Bryant which will be difficult to escape, if so inclined. With Romo, for example, the Cowboys really can't consider moving on without incurring serious cap penalties before 2018.

So, the Cowboys will have to make some moves and trust their drafting and development to patch holes as they pop up. What sort of decisions will they make in 2017?

The Chiefs are in an interesting spot: They don't really have many bad contracts on their books, but having invested in free agents like Jeremy Maclin and Mitchell Schwartz, while trading for (and then extending) Alex Smith, they are just about capped out for 2016 before even thinking about signing their two star free-agent defenders. General manager John Dorsey was unable to come to terms with Berry on a long-term extension after franchising his star safety this offseason, and the 25-year-old Poe is in line for a massive deal and likely eyeing the six-year, $103 million contract handed to Eagles star Fletcher Cox as a baseline.

While Kansas City fans were surely happy to see the team re-sign veterans Derrick Johnson and Tamba Hali this offseason, those moves came at a cost when it came to 2017 flexibility. The Chiefs guaranteed Hali's $5.8 million base salary and structured Johnson's deal in a way that makes it exceedingly likely they'll retain him for 2017. The two combine to cost $16.4 million in cap space next year, and while they were very good in 2015, their advancing age -- Hali will be 33 and Johnson 34 next year -- means the Chiefs are likely paying for declining players, perhaps at the expense of younger talents in their prime.

Play the No. 1 Fantasy Game

It's not too late to play with friends and family. Draft a league now and start fresh with a 0-0 record and a shortened schedule. New league weeks start every Thursday with TNF kickoff. Get started >>

The move to extend left tackle Eric Fisher over the weekend was designed in part to free up cap room. Fisher hasn't lived up to expectations since being taken with the first overall pick in 2012, but the Chiefs still have faith that he'll develop into a competent left tackle. Fisher was in the final year of his rookie deal and was owed $7 million this year, with another $11.9 million coming as part of the fifth-year option next season. Instead, the new deal the Chiefs gave Fisher drops his compensation marginally to $6.85 million in 2016, while reducing his 2017 cap hold to $9.5 million, creating $2.4 million in much-needed cap space.

Fisher's extension is a start, but what else are the Chiefs likely to consider?

I've written about the Saints' cap management at length on multiple occasions, so I won't reiterate many of those complaints again. The good news is that their cap situation is better in 2016 once the $10 million in dead money owed to Junior Galette comes off the books. That $10 million is there thanks to a contract restructuring before his release.

The big question, of course, is Brees. The Saints were unable to sign their star quarterback to an extension this offseason, one that would have likely reduced Brees' league-high cap hit of $30 million and created badly needed flexibility to improve one of the worst defenses in NFL history. Franchising him in 2017 isn't an option, either, given that the Saints would owe Brees a staggering $43.2 million for one year. Brees' camp knows that and, as former member of the NFLPA executive board, Brees is surely thinking about what his situation might mean for the players' union. He's not going to take a massive discount to appease Saints fans or accommodate New Orleans' poor cap management.

The Saints need to find a way to pay Brees and re-sign Unger, the center who they acquired as the centerpiece of the Jimmy Graham trade. How can they help pull it off?

Jets GM Mike Maccagnan inherited a clean salary-cap slate from ousted predecessor John Idzik and proceeded to spend wildly to improve his defense. It worked, but the Jets spent this offseason with limited options before finally coming to terms with Muhammad Wilkerson on a long-term extension and signing Fitzpatrick to a one-year, $12-million deal. The Jets still need to make some moves to clear out cap space before the season starts, but they've constructed their roster for 2016.

In 2017, though, things are only going to get more difficult. They were able to get Wilkerson and Fitzpatrick signed by giving Wilkerson a five-year deal which actually reduced his 2016 cap charge from the franchise tag figure of $15.7 million to $10 million. His cap hit spikes to $18 million next year and stays between $18 million and $20 million for the remainder of his deal. That $170.6 million commitment for 2017 doesn't include an obvious option at quarterback, and it also includes the final year of deals for Brandon Marshall ($7.5 million) and Sheldon Richardson ($8.1 million), each of whom would likely expect a short-term raise as part of a long-term deal, given what they could get on the free market.

So, what could the Jets do?

And then there are the Eagles, who fittingly have soared past the salary cap. Philadelphia doesn't have any pressing free agents, but it needs to create cap space to sign Jordan Matthews, who will be in the final year of his rookie deal in 2017 with no fifth-year option attached. The Eagles are also missing a load of draft picks from the Carson Wentz trade, having gone without three top-100 picks from 2016 with their 2017 first-rounder and 2018 second-rounder to come. Those trades deprive the Eagles of cheap, cost-controlled talent, making it that much more important to spend wisely elsewhere.

To be fair, we know this figure is coming down. Philly does have about $6 million or so in cap space it should be able to roll over into the 2017 cap, which will help a bit. There's a more obvious move to come, and we can start with that: