All of the NFL training camps will be in the books by the end of this week.

Retired NFL players must have laughed at the league's preseason camps this year. The camps were short and, to some degree, sweet. Fewer two-a-days. Less hitting. More night practices. More coaches rewarded their teams by breaking camp earlier, and more teams trained at team facilities.

That's a far cry from the days of seven- and eight-week training camps, but the old-timers didn't have close to year-round training schedules, either. Coaches are smarter in how they conduct training, and they need to be; 80-man rosters and expansion to 32 teams has spread talent so thin that training-camp injuries are hard to overcome.

It was a summer of distractions. Michael Vick, the best running quarterback in NFL history, couldn't escape the rush of federal prosecutors in his dogfighting indictment. Adam "Pacman" Jones couldn't talk commissioner Roger Goodell into letting him come to camp, so he tried wrestling and rap singing. The Bengals behaved and had no arrests this summer, and retired players made their points in getting the league and the NFLPA to improve their disability problems.

Here are 10 things we learned from training camps:

1. Daunte Culpepper, signed at the start of Raiders camp, is the team's best quarterback. The only question is whether he has enough time in the offense to become the starter. Culpepper moved well in scrambles. He threw the ball well out of three- and five-step drops. If anything, he proved his doctors and his statements were correct that he's medically sound less than two years following the repair of three knee ligaments.

A good game this weekend could give Culpepper the starting job over Josh McCown, although coach Lane Kiffin reserves the right to start McCown for a couple weeks if Culpepper needs more time. Culpepper will make $3.2 million if he makes the roster, and he should.

Here's a question, though. If the Raiders had put $3.2 million into the JaMarcus Russell negotiations, would Russell have been in camp? The Raiders signed Culpepper when he wasn't on the budget. Now, both sides have dug in, and Russell's holdout could go into the regular season.

2. The Chiefs got their fifth-round pick for new Dolphins QB Trent Green -- a fourth-rounder if he plays 70 percent of the downs -- but the trade process dragged on so long that Green is behind in learning Miami's offense. Green was named the starter by coach Cam Cameron despite two poor showings in the preseason.

It's pretty clear Cameron added a lot to the offense since the days he was Green's quarterbacks coach in Washington. The Dolphins and Green are still trying to get on the same page. Plus, the offensive line is a work in progress, which makes Green look a little uncomfortable in the pocket. Everybody in the Dolphins' offense looks a half-step off. RB Ronnie Brown is running well, but he hasn't looked dominant. Receivers are settling into their routes. The Dolphins have to pick up the pace before the start of the regular season. 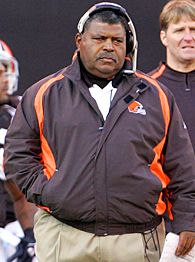 3. It's pretty clear in Cleveland that no one seems to know how to handle the quarterback situation. Coach Romeo Crennel used a coin flip to determine the starter of the first preseason game. After that, Charlie Frye and Derek Anderson made mistake after mistake. Heads or tails, no one looks like the winner there.

Then there's Brady Quinn. He came off the bench on Saturday to lead a frantic fourth-quarter rally against the Lions that excited the fans. His reward was being tabbed as the No. 3 quarterback in this weekend's preseason game. Folks, Quinn isn't ready to start, but the Browns aren't doing much to push the process. The new offense is taking time to mesh with the talent that's there. It looks like the Browns are in for a long season.

4. The most interesting quarterback battle is in Kansas City. Thanks to HBO, it's a reality show. Even though it appears to be a tie, Brodie Croyle probably has the lead. Last week against the Dolphins, he came off the bench and fired off four completions in a neat touchdown drive. Then, inexplicably, he fired a dumb end-zone interception. Damon Huard didn't wow anyone in his start against the Dolphins. Plus, he's hobbled by a nagging calf injury.

Unless Croyle blows it, he appears to be the starter. To me, the situation looks no different than the J.P. Losman situation last year in Buffalo. Losman struggled with mistakes through camp while the coaching staff initially debated whether to start Kelly Holcomb or Craig Nall. But they ended up giving the job to Losman. By midseason, he grew as a leader, and now the offense is well ahead of the defense in Buffalo. By the way, Croyle looks a little like Losman, for what it's worth.

5. The Giants were treated to a warmer and fuzzier Tom Coughlin. The coach made a point to be more positive in his camp approach. To his credit, his hard ways produce trips to the playoffs, but obviously that isn't good enough in New York. The only things he asked in return were no public complaints and no controversy coming from the locker room. That obviously didn't work. Michael Strahan held out for the entire camp. That was a major distraction. Tiki Barber, though retired, took his shots at Eli Manning's leadership. Another distraction.

Then came the injuries -- six or seven -- from Sunday's game against the Ravens. Give Coughlin credit, though. The guy is a great coach because he finds a way to win. Of course, you wonder what the player reaction would have been if he shortened camp by one week. For camps away from team facilities, Camp Coughlin was the last one standing.

6. The Vikings' quarterback situation is fascinating and scary. Tarvaris Jackson is raw. Coach Brad Childress made the bold statement in camp that Jackson did some things better than Donovan McNabb at the beginning of his second season. It showed in games. Jackson looks pretty good in how he gets to his first and second reads. It's hard to get to any quarterback in a three-step drop, and Jackson gets rid of the ball quickly. Still, he was blitzed only a handful of times and completed only a few passes against blitzes. That was his problem in camp, and that will be his problem in the regular season. Teams will try to blitz him.

What we learned this summer is that Childress can try to manage the game with Jackson out of quick drops until defenses find ways to stop it. Early in camp, Jackson looked so lost against the blitz that Brooks Bollinger was the favorite to win the QB job. But the Vikings emerged from camp with Jackson in charge.

7. The Colts left camp with one major question mark. They appeared to have the answer for the surprise retirement of OT Tarik Glenn with first-round choice Tony Ugoh. Ugoh shows great promise, although QB Peyton Manning did get sacked and hit more times in the preseason than is typical in the regular season.

But the Colts need to find more answers for the season-ending knee injury to DT Anthony McFarland. Undrafted players are stepping up, and other defenders are flying to the football to stop the run. In Monday night's preseason game, Bears RB Cedric Benson did little against the Colts' run defense. Still, teams have a great chance to control the ball against the Colts. Training camps are a great place to experiment, and that's what coach Tony Dungy is doing.

8. Donovan McNabb proved that quarterbacks coming off ACL tears can be further ahead than players with similar injuries at other positions. At 75 percent, McNabb looked great. Hey, Carson Palmer was 80 percent heading into last year's camp and ended up completing 62.3 percent of his passes. The key for Eagles coach Andy Reid is making sure he lets McNabb stay in the pocket.

Watching how McNabb and Palmer have come back from their knee injuries makes you wonder what former Dolphins coach Nick Saban was thinking by having Culpepper do so much for Miami last season. Quarterbacks aren't asked to pivot and run as much as other positions, so they can use the season to recover as long as they are monitored. McNabb will have his ups and downs, and his mechanics might be flawed at times, but he looks like a quarterback who can throw for 300 yards every week.

9. The Ravens and Steelers look ready to wage a fierce battle in the AFC North. The Ravens are staggering. How can they keep finding pass-rushers to fit defensive coordinator Rex Ryan's creative schemes? LB Antwan Barnes, a fourth-round choice, was one of the most impressive defensive rookies in the preseason. LB Prescott Burgess, a sixth-round choice, also looks good.

New coach Mike Tomlin has had the Steelers' defense firing at a regular-season intensity in preseason games. But the key to their season will be QB Ben Roethlisberger. He looks great in the adjusted offense. Putting him in some no-huddle and letting him call more plays at the line of scrimmage appears to be a winning formula for the Steelers.

10. The Texans are starting to show signs of life. New QB Matt Schaub, formerly the Falcons' backup, isn't getting sacked, and that's a big confidence boost for the offense. RB Ahman Green, the longtime fixture in Green Bay, is starting to get his explosive game back for his new team. WR Jacoby Jones has brought excitement to the passing game, and a second year in the blocking scheme seems to make the offensive line look better.

The only downside is the defensive line. Despite having drafted four linemen in the first round since 2004, the lack of pressure from the line so far could make former Texans QB David Carr (now with the Carolina Panthers) feel confident about not being sacked versus his old team.