The puck is about to fall in Times Square, a few blocks north of Madison Square Garden, heralding the arrival of 2007.

Dick Clark won't notice the difference from past years until Henrik Lundqvist gloves it.

As the final seconds tick off, following are some suggested NHL-oriented New Year's resolutions:

Sidney Crosby, Penguins: To maintain his upward curve, which is really scary. And exciting. 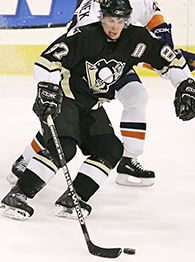 Peter Forsberg, Flyers: To either get and stay well, or go home to Sweden before he suffers permanent brain damage.

Commissioner Gary Bettman: To be even further emboldened by the fact that he has emerged not only unscathed from but also strengthened by the lockout and lost season. That means getting out of the denial and spin modes when discussing the league's issues and problems, which aren't necessarily the same. Candor would go a long way toward enhancing his credibility.

Chris Pronger and Scott Niedermayer, Ducks: To agree to run for the Norris Trophy on a combined ticket, as in, "Tippecanoe and Tyler, too."

Daniel Briere, Sabres: To continue to be one of the league's best and get all the credit he deserves, without having to go to arbitration to get it.

Cristobal Huet, Canadiens: To stingily maintain and add to his status as the best darned Frenchman to ever play for Le Club de Hockey. And to think that the only "flying" he does is when he boards the plane. 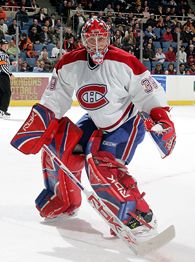 Mario Lemieux: To end the Penguins survival soap opera soon, one way or another. Even if it means agreeing to move the franchise to Las Vegas, where it doesn't really matter which casino has the slots license -- because they all do.

Officiating czar Stephen Walkom and NHL referees: To not back off. At least not more than they have already.

Jose Theodore, Avalanche: To start playing like a top-10 goalie. Playing like the fourth-best -- living up to his $5.5 million salary, which has him No. 4 on the goalie list this season -- is probably too much to ask.

General managers: To stop succumbing to the temptation and the easy way out of scapegoating coaches for a franchise's deeper problems, and at the very least to concede that if the coach is a moron, so is the GM who hired him. Lindy Ruff's Sabres tenure and the benefits of stability in Buffalo, through all kinds of off-ice turmoil, should be Exhibit A.

U.S. newspaper sports editors, Part I: To come to grips with the reality that hockey-first fans, while in some cases not as numerous as the fans of other sports, actually devour printed and posted coverage about local teams. (Right, like everyone's rushing to a Marina del Rey 7-Eleven to buy a paper and catch up on the news about the Clippers' game at Portland?)

The Sedin Twins, Canucks: To put up numbers that make them worth individual, rather than brotherly, attention. 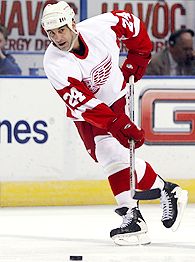 Chris Chelios, Red Wings: To finally admit that his roommate at the University of Wisconsin was a geography major named Ponce de Leon, who passed along his secrets, perhaps over a burger and beers at Madison's Plaza Bar.

Rick DiPietro, Islanders: To play out the term of his contract and make the deal, which is scheduled to run longer than the FDR presidency, look like a wise move, rather than Snow's Folly.

Wayne Gretzky, Coyotes: To coach the Coyotes with full-time passion or to step off the bench.

The Northwest Division: To have someone, anyone, step above the parity -- another name for collective mediocrity -- and make the playoff seeding something other than a joke. As of this typing, the "No. 3" Canucks have 11 fewer points than the No. 4 Sharks. (And speaking of the team in the Bay Area, may headline writers, broadcasters and scribes realize that, as hard as this to believe, it is possible to refer to San Jose without "cleverly" bringing up Bert Bacharach lyrics or variations of the "take-bite-of" theme.)

U.S. newspaper sports editors, Part II: To ask their columnists to stop rationalizing their inattention and frequent ignorance of hockey by saying that when the franchises aren't winning, attendance slips, proving they are not working in a "real hockey market." (Right, like NBA teams -- even in "prime" basketball markets -- don't slump at the gate when they stink on the floor?)

Bob Hartley, Thrashers: To continue to do a praiseworthy teaching job and allow his young team to continue its improvement, and to claim a higher-profile role in the Atlanta sports scene -- while also ceasing his occasional reversion to tactics more suited for the ECHL.

Bill Wirtz and the Blackhawks' ownership: To take advantage of the on-ice product's revival under new coach Denis Savard, instead of acting as if the No. 1 priority is to make sure the beer taps work and it's the fans' own fault if they stay away from the United Center.

Dominik Hasek, Red Wings: To collect some of those playoff-based incentives and show how the clause allowing such deals for players 35 and over was one of the underrated positives of the new collective bargaining agreement.

Reebok: To figure out a way to maintain a semblance of traditional logo and color design in the new, more streamlined and moisture-repellent uniforms due to be unveiled next season. And to avoid having anyone be as jarring to the senses as the "original" Ducks -- the football Oregon Ducks, who are giving sartorial boldness a bad name.

NHL fantasy league fanatics: As much as we respect and even embrace their passion, to avoid TELLING EVERYONE WITHIN TWO CUBICLES OF THEM HOW THEIR TEAMS ARE DOING EVERY 15 MINUTES.

John Davidson, Blues: To get the St. Louis franchise back on track after the Laurie ownership dismantled it ... and make the Blues a major topic for his buddies on the "Hot Stove" panel again for all the right reasons.

"In-house" broadcasters: To fight for, and be granted, the right to give fans credit for intelligence by being something other than see-no-wrong cheerleaders on the airwaves. Some teams allow it; too many don't.

Ted Nolan, Islanders: To win the Jack Adams Award as the coach of the year and have the prerogative to deliver a one-digit salute to all those who passed on giving him another chance in the past nine years.

Todd Bertuzzi, the Canucks and their ownership, Steve Moore, and all 315 attorneys involved: To settle the Ontario lawsuit out of court. Soon. The game and the league don't need an airing of dirty laundry. If all involved, including Moore, love the sport -- for all its faults -- it will happen, and long before the case makes it through the huge backlog and goes to trial.

NHL board of governors: To schedule their next eight meetings for the same city and see if they get sick of it (even if it's Honolulu).