In each sport, the entry (or amateur) draft is a second-guessers delight. Certainly, it's no different in the NHL. With years of hindsight as a guide, media and fans can look back and wonder things like, why were there 170 prospects selected ahead of Luc Robitaille in 1984?

To find the answer, you have to go back in time. In the days and weeks leading up to that 1984 entry draft, most scouts didn't think Robitaille could keep up in the NHL game. Some 23 years later, we all know the pre-draft fears about Lucky Luc's skating ability were unfounded. We also know that 82 of those 170 prospects selected before Robitaille, including Mets pitcher Tom Glavine (taken by Los Angeles at No. 69), never played a single NHL game.

But that's what happens when you're drafting 18-year-old kids. You can do your due diligence and know just about all there is to know about a prospect and still miss the boat in your evaluation. At best, it's an inexact science. At worst, it's an old-fashioned crapshoot.

On Friday and Saturday in Columbus, Ohio, the first-guessers (scouts and GMs) will complete more than a year of hard work. They won't have the luxury of hindsight when making their selections.

With the Blackhawks on the clock, we second-guessers figured it would be a good time to look back at some of the best and worst selections in draft history. 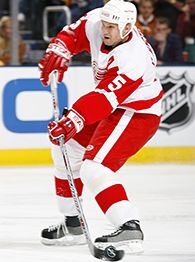 Five best value picks (active players)
• Nicklas Lidstrom, D, Detroit, 1989 (53rd overall): In 1989, teams still were wary about European players. In that regard, Detroit's management was on the cutting edge. Then-Wings director of scouting Neil Smith and European bird dog Christer Rockstrom deserve the credit for this pick. Lidstrom, who just won his fifth Norris Trophy, will be a first-ballot Hall of Famer.

• Henrik Zetterberg, F, Detroit, 1999 (210th overall): Because he wasn't selected for Sweden's national teams in his underage years, many scouts never saw him. Wings assistant GM Jim Nill and European scouting director Hakan Andersson get full marks for this choice. The offensively gifted Zetterberg is among the best two-way players in the game.

• Pavel Datsyuk, C, Detroit, 1998 (171st overall): Are you sensing a trend? Like Zetterberg, Datsyuk wasn't chosen for his country's national underage teams. Again, Nill and Andersson were willing to take a chance on this hidden gem. Datsyuk stands among the most dangerous offensive weapons in the game.

• Tomas Kaberle, D, Toronto, 1996 (204th overall): Who says 13 is an unlucky number? The Leafs landed the silky-smooth defender with the 13th of their 14 picks in the 1996 draft. If that draft were held today, he'd be a top-five pick. The Leafs focused on his play during his underage years, rather than his draft year, when making the pick.

• Dominik Hasek, G, Chicago, 1983, (199th overall): The NHL world was a lot different in 1983. At that time, Eastern Europeans had to defect to come to skate in North America. The Blackhawks took a late flier on Hasek, who wouldn't arrive until 1990. In 1992, Chicago traded him to Buffalo and the rest, as they say, is history.

• Patrik Stefan, C, Atlanta, 1999, (first overall): The highly touted Czech pivot never found his way during six seasons in Atlanta. He was a part-time player for the Stars, totaling 11 points in 41 games last season. Stefan has never totaled more than 40 points in any season.

• Rico Fata, W, Calgary, 1998, (sixth overall): The speedy winger has played with five teams since coming into the league with the Flames in 1998. Last season, he had two points in 10 games with the Capitals before leaving to play in Germany.

• Ric Jackman, D, Dallas, 1996, (fifth overall): Jackman hit the jackpot with his sixth team, winning the Cup as a role-playing defender for the Ducks. Looking back (it's so easy to do, isn't it?), the Stars probably wish they had grabbed Colin White, who was selected by New Jersey with the 49th pick.

• Hugh Jessiman, W, New York Rangers, 2003, (12th overall): It might be too early to judge the big winger from Dartmouth, who split time last season between the AHL and the ECHL. Still, Zach Parise, Ryan Getzlaf and Patrice Bergeron were among the players selected after Jessiman. The Rangers might have been better off taking his Ivy League teammate Lee Stempniak, who has already played 139 NHL games after being taken by the Blues with the 148th pick. 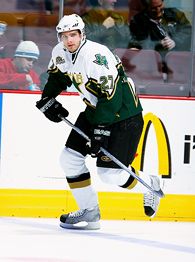 Five best value picks (all time)
• Mark Messier, C/W, Edmonton, 1979, (48th overall): The 1979 draft, which included two classes of incoming players as a result of the league's decision to change the draft age from 19 to 18, stands among the very best in NHL history. At the time, after a season in the WHA, Messier was not viewed as a blue-chip NHL prospect. By the time he finally retired in 2005, he stood among the game's greatest players.

• Patrick Roy, G, Montreal, 1984, (51st overall): The four-time Stanley Cup winner was the third goaltender chosen in the 1984 draft. New Jersey selected Craig Billington with the 23rd pick, while Edmonton tabbed Daryl Reaugh (yes, the Stars' color analyst) with the 42nd selection. Roy didn't take long to prove his worth, leading the Habs to a Stanley Cup in his rookie season.

• Brett Hull, RW, Calgary, 1984, (117th overall): Despite his impressive bloodlines, Hull wasn't a sought-after prospect on his draft day. He displayed his goal-scoring touch in two seasons at the University of Minnesota-Duluth and a year in the AHL. Still, he didn't emerge as a star until after a trade to St. Louis. In his prime offensive years, he scored 50 or more goals in five straight seasons.

• Luc Robitaille, LW, Los Angeles, 1984, (171st overall): During his draft year as a rookie in the QMJHL, Robitaille put up 32 goals and 85 points. Scouts, however, didn't like his skating. The Kings took a chance on him in the ninth round. It paid off. Robitaille scored 45 goals during his rookie NHL campaign. He netted 40 or more goals in each of his first eight seasons in the league.

• Dave Taylor, RW, Los Angeles, 1975 (210th overall): Taylor was a 15th-round pick and just seven players were selected after him in 1975. The Clarkson University star proved to be a very smart afterthought by the Kings' scouting staff. Taylor spent 17 seasons in L.A., totaling over 90 points five times.

• Bjorn Johansson, D, California, 1976, (fifth overall): The California Seals were bad for a reason. They didn't draft very well. Clearly, if they were seeking a defender, they should've tabbed Barry Melrose, who was later selected with the 36th pick by the Canadiens. Johansson remained the highest-drafted Swedish player until the Nordiques took Mats Sundin with the first pick of the 1989 draft.

• Scott Scissons, C, New York Islanders, 1990, (sixth overall): The Islanders had a lot of success drafting kids from Western Canada in the 1970s and early '80s. By 1990, though, they'd lost their way. Scissons, who was selected one pick after the Pens' grabbed Jaromir Jagr, played just two games in the NHL.

• Ryan Sittler, F, Philadelphia, 1992, (seventh overall): He probably received more attention than he deserved because of his family ties. The son of Leafs legend Darryl Sittler, Ryan spent two years at the University of Michigan, but never made it to the NHL. He didn't have much success in the AHL, either.

• Alexandre Volchkov, RW, Washington, 1996, (fourth overall): The 1996 draft wasn't a great one, but as it turned out, there were better choices than Volchkov. The Capitals could have gone after "too-small" center Daniel Briere, who was selected by Phoenix with the 24th pick. Volchkov played three NHL games before returning to Russia to finish his professional career.

E.J. Hradek covers hockey for ESPN The Magazine. E-mail him at ej.hradek@espnmag.com. Also, click here to send E.J. a question for possible use on ESPNEWS.