In the end, Herb Brooks' long-awaited plaque in the Hall of Fame isn't just the product of an Olympic gold won almost three decades ago, but rather the enduring message of hope that seminal victory continues to represent.

But the victory of the U.S. Olympic team in 1980 over the powerful Russians, a victory that paved the way for a gold medal with a victory over Finland two days later, remains a timeless parable about the power of commitment and belief and perseverance. 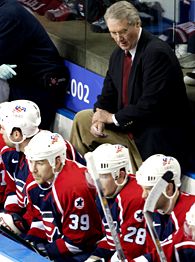 "His legacy is taking a group of talented kids that nobody gave a chance of winning to molding them into a group that would play at the top of their ability at the proper time," explained Brooks' longtime friend and confidante Lou Nanne.

All that other stuff -- opening up hockey in the United States and the social and political implications of beating the Russians at a time in history when the two countries were neck-deep in the Cold War -- was irrelevant to Brooks.

"All that stuff is lore that came after," said Nanne who, along with USA Hockey's Walter Bush, spearheaded the campaign to have Brooks named head coach leading up to the 1980 Olympics.

For many years, Nanne has lobbied for Brooks' inclusion in the Hockey Hall of Fame. That it takes place more than three years after he died in a car accident will lend a bittersweet texture to the weekend's festivities.

Funny, Brooks wasn't even the first choice to coach the 1980 team. American hockey czars had already offered the job to legendary college coach Jack Parker, but as with all things surrounding the 1980 team, it seemed fate had other ideas. Parker declined and Nanne and Bush became involved in the selection process.

Nanne, a native of Sault Ste. Marie, Ontario, became a naturalized U.S. citizen and played on the U.S. Olympic team in 1968. Among his teammates was Brooks, who'd also played on the 1964 Olympic squad and had been the final cut of the 1960 team that won gold at Squaw Valley. The two had become friends playing together at the University of Minnesota and it was Nanne who helped Brooks get his first coaching job, handling the freshmen at the University of Minnesota. At the time, Brooks was selling insurance.

"To me, it didn't seem that he was really happy selling insurance," Nanne recalled.

Brooks would go on to take over the University of Minnesota hockey program and guide the Gophers to three NCAA titles, in 1974, 1976 and 1979. When Nanne took over as manager of the Minnesota North Stars, the first person he called was Brooks. It was 1978 and Nanne offered Brooks a two-year deal to coach in the NHL. But Brooks begged off, saying his main goal was to coach the 1980 Olympic team.

So, Nanne switched gears, and along with Bush, campaigned for Brooks to get the job. "I said to the committee, 'I think Herb would be the perfect guy for that,' " Nanne said.

He turned out to be perfect, in a way that no one could ever have imagined.

So much mythology has surrounded the 1980 team that it has become difficult to find the threads of reality in the event. There was the recent movie with Kurt Russell, aptly entitled "Miracle," that told the story to a new generation of Americans; the statue of Brooks outside the Lake Placid arena which now bears his name, the same arena where Al Michaels uttered that timeless phrase, "Do you believe in miracles? Yes!"; the naming of the team and its accomplishments as the most significant of the last century by more than one prominent news organization.

"I think of Herb as a genuine American hero in hockey," said Lou Vairo, a scout for the 1980 team and Brooks' assistant coach with the U.S. team in Salt Lake City in 2002. "He did it all.

"The thing that always impressed me more than anything else, more than his stubbornness and more than his passion, was that he was one of the most intelligent people I've ever dealt with. He was extremely bright. I don't believe that team would have won without Herb Brooks, and that was a hell of a team." 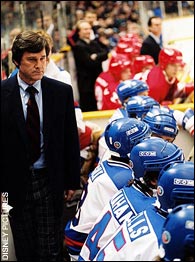 Given Brooks' mythical status, it's somehow difficult to think of him the way his son Dan does, as the college coach who was so poorly paid that, like many of his coaching brethren, he had to work hockey schools and do other hockey-related work in the summer to make ends meet.

Dan Brooks, a former draft pick of the St. Louis Blues, recalled his father being so consumed by coaching that he and his sister, Kelly, would sometimes watch out the picture window of their home, hours after normal dinnertime had passed, agreeing that they would go ahead and eat if the next car wasn't their father's. Or the next  or the next.

"He was a tireless worker," Dan Brooks said of his father. "Three hundred and sixty-five days a year, seven days a week, 24 hours a day, it was hockey."

Later, when he'd stopped coaching, Brooks found it difficult being in arenas or around the game.

"Every time he was in a rink, it was like being with a recovering alcoholic, he was missing it so much," his son said.

The stories about Brooks and his treatment of his players are, like all things connected to the 1980 story, legendary. How he galvanized their commitment to winning, their commitment to following his game plan, by forging what for many was an intense dislike of him. He criticized, cajoled, belittled, all part of his master plan to create a team that would accomplish what few thought possible.

Speaking at Brooks' funeral in August 2003, Mike Eruzione admitted that he would still feel he had done something wrong whenever Brooks called his home years after the Olympics.

Fear, loathing, respect, admiration, all of those were qualities or feelings Brooks evoked in his players, said John Harrington, a member of that team who has been coaching college hockey since 1984 and who recruited and coached Dan Brooks at the University of Denver.

Yet, if there is one enduring memory from that period for Harrington, it was hearing Brooks tell reporters after the gold-medal win that he loved his players like a father loves his sons.

"It was like, wow, you never would have guessed that," Harrington said.

Over the course of a few months, using those tactics might have paved the way to immortality for Brooks and his players, but it is also one of the main reasons Brooks never achieved the same kind of success in the NHL.

During a five-year coaching career spread over 19 years, Brooks was 219-222-66 during the regular season and 19-21 in the playoffs during stops with the New York Rangers, New Jersey, Minnesota and Pittsburgh.

"He could have spent more time in hockey in bigger, more glamorous roles," Dan Brooks said. But Brooks could never abide the politicking and the agents and all the other things that were less a factor at the collegiate or international level.

"If he really lobbied  and sold himself, he could have coached 20 more years," Brooks said. But he didn't.

"He turned down jobs on principle," his son said. "He was kind of a martyr in many ways."

It is both unfortunate and inevitable that Herb Brooks will be remembered by many for that one glorious moment in early 1980. But as seminal a moment as that gold-medal victory was, it does not begin to explain the breadth and depth of Brooks' impact on hockey.

His son still has a copy of a letter penned by his father to commissioner Gary Bettman in 1997 outlining in a prescient way what Brooks saw as a series of problems facing the league, including the inevitable dumbing-down of the game because of the size and speed of players and the small ice surfaces in NHL arenas. Brooks predicted there would be a major work stoppage because of the economics of the game and he suggested changes, including removing the red line for two-line passes and moving the net back, changes that took place after the end of the lockout in the summer of 2005.

The foundation that bears Brooks' name remains committed to building the Herb Brooks Hockey Institute in Blaine, Minn., home of the world's largest indoor ice facility. The institute will focus on grassroots hockey development for both players and coaches, or as Brooks was fond of saying, on broadening the base of the hockey pyramid.

"He was always for some cause," Dan Brooks said. "He was a guy that loved to stir the pot."

For years, Brooks warred with USA Hockey over some of its decisions and what he viewed as a bloated bureaucracy. Yet, as time passed, he softened and learned to work with the group.

That evolution led directly to Brooks being named coach of the 2002 Olympic team. Some viewed the decision as a nod to sentimentality, yet, after the disastrous performance in 1998 when American NHL players not only finished out of the medals but embarrassed themselves by trashing dorm rooms in Nagano, Brooks turned out to be the perfect tonic.

The Americans lost only one game in the 2002 tournament, the gold-medal final to Canada. In guiding his team to the silver, Brooks closed the circle on an unparalleled coaching career. Having won a gold with a group of unheralded collegians, he was able 22 years later to win silver with a group of millionaire NHL players, many of whom grew to love the game in part because of the inspiration of that 1980 team.

For Vairo, working alongside Brooks in Salt Lake City was a revelation.

"Well, he was a bit of a p---- in 1980 and when he was younger. But he evolved into a very distinguished gentleman," Vairo said.

It wasn't so much that Brooks went soft, but became more humane, Vairo said. Brooks confided at one point that he wished someone else could make the final decisions on the roster for the 2002 Games, anguishing over cutting Derian Hatcher and Tom Poti and others who would not be on the team.

"And I liked that about him. He became more stately, more respectful," Vairo said. Vairo recalled spending quiet time with Brooks leading up to the Salt Lake Olympics and how Brooks would go on and on about playing with his grandchildren and how proud he was of his own children, Dan and Kelly.

"We'd be sitting on a bench, chatting, and he would tell me stories about rolling around on the floor with his grandchildren," Vairo said.

There's a group picture in Vairo's office -- Brooks is in it -- and Vairo looks at it every day. Often his thoughts are tinged with sadness.

"I do get sad. I wish he was alive," he said. "I think it was just so unfair. The grandkids, they got cheated. They won't know him at his best. At about 60, he became a great man, a great human being."