The 2020-21 NHL season is finally almost here, with the puck set to drop in one week. So we look ahead to the 56-game slate and projecting who will be among the 100 top players.

We asked a panel of 11 ESPN NHL experts to grade players based on how good they will be in comparison to their peers this season. Emphasis was entirely on predicting potential greatness for 2020-21, rather than past performance. From those ratings, we were able to rank the best of the best and compile a list of the top 100 players.

Because this list is predictive for this coming season, Tampa Bay Lightning winger Nikita Kucherov -- last year's No. 2 player and a would-be top-five guy this time around -- did not make the list as he recovers from hip surgery that will keep him from the entire regular season. The Lightning still tied the Dallas Stars (last season's two Stanley Cup finalists) for the most players on the list with six apiece. In all, 29 of 31 teams were represented, with the Detroit Red Wings and New Jersey Devils missing out.

For each player on the list, Greg Wyshynski and Emily Kaplan weighed in on his 2020-21 outlook, and ESPN Stats & Information provided a signature stat to know. OK, here's the full list: 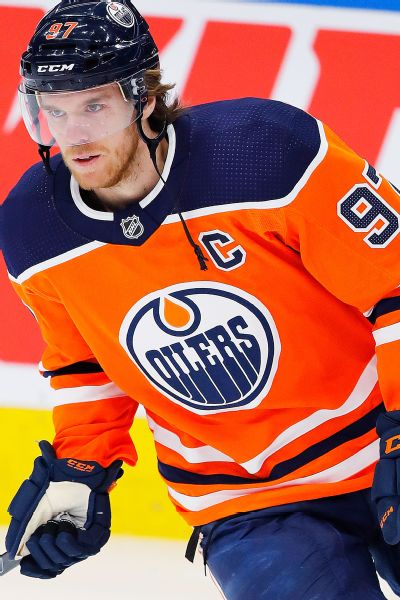 To put McDavid's 1.34 career points-per-game average into perspective, it currently ranks fifth in NHL history, right behind Bobby Orr (1.39). In the past 30 years, it's third behind Mario Lemieux (1.84) and Wayne Gretzky (1.43). McDavid is an otherworldly offensive talent who makes a new helpless defender famous in a highlight seemingly every week. And he hasn't even reached his final form yet. -- Greg Wyshynski

Signature stat: The only other active players to record at least 450 points in their first five NHL seasons are Alex Ovechkin and Sidney Crosby. McDavid has also produced 124 multipoint games since 2016-17, six more than any other player over that span. 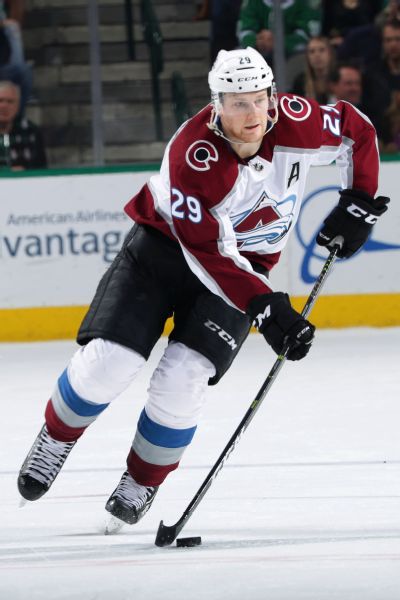 Is there a better value in the league than MacKinnon? He makes just $6.3 million but has 289 points over the last three seasons, third-most in the league. The 25-year-old is a perennial MVP candidate, often carrying the load when his team battles depth-scoring issues or the injury bug. And once more for emphasis: He's only 25. -- Emily Kaplan

Signature stat: MacKinnon led the NHL last season with 25 primary assists in 5-on-5 situations. That total was 10 more than any other Avalanche player. According to Natural Stat Trick, only four players created more rebounds than MacKinnon last season (36). 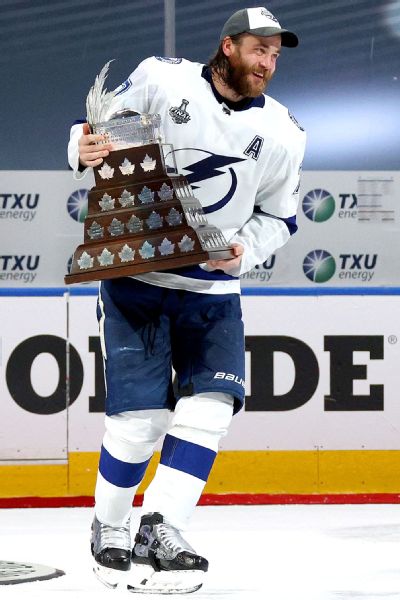 The Lightning defenseman has been a Norris Trophy finalist in four straight seasons, including one win. But his 22-point performance in their run to the Stanley Cup, winning the Conn Smythe, cemented the 30-year-old defenseman as the best blueliner of his generation. -- Wyshynski 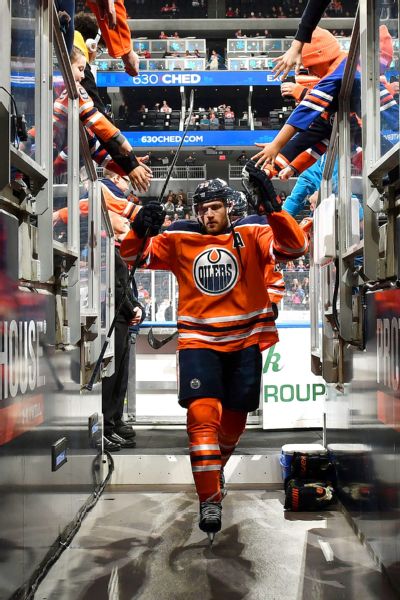 Turns out Draisaitl was more than Connor McDavid's wingman. He forever emerged from his teammate's shadow with an incredible 110 points in 71 games, including 43 goals, as the center of his own line. He won the Hart Trophy as MVP and the Ted Lindsay Award as NHLPA Player of the Year, gaining a newfound respect as a superstar. -- Wyshynski

Signature stat: Draisaitl registered at least one point in 56 of his 71 appearances in 2019-20, the highest such percentage in the NHL. He also recorded an NHL-best 33 multipoint performances, four more than any other player. 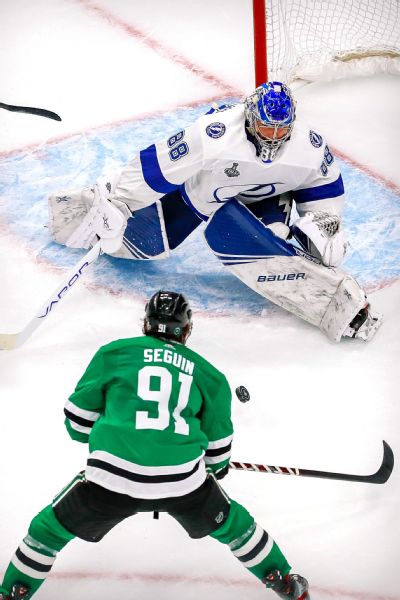 If you were starting a team from scratch, Vasilevskiy would be the obvious option in goal. He's simply the best in the league right now. Over the last four seasons, no starting goalie has more wins (141) or a better save percentage (.920) than Vasilevskiy. But he is also projected to be the best over the next few seasons, as he's only 26. -- Kaplan