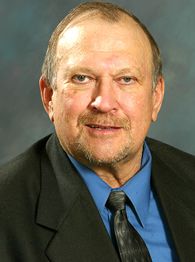 Strelow, who mentored a string of successful goalies for the San Jose Sharks over the last 10 years, died in Worcester, Mass., home of the Sharks' top minor-league affiliate, the NHL club said. Strelow, a diabetic who had a stroke on Feb. 28, had been in poor health for several years after undergoing a kidney transplant.

"Warren was truly a one-of-a-kind individual who overcame many obstacles in recent years and was an inspiration to our entire organization," Sharks general manager Doug Wilson said. "His passion for the game of hockey will always live in our hearts, and we will carry on with Warren's lifelong dream of winning the Stanley Cup. He will always be with us."

The highlight of Strelow's lengthy career was his work with the "Miracle on Ice" U.S. Olympic team in 1980, when he aided coach Herb Brooks, his former boss at the University of Minnesota. Backstopped by goalie Jim Craig, the team stunned the sport and inspired a nation by beating the Soviet Union and winning gold in Lake Placid, N.Y.

Strelow also worked with the 2002 U.S. team, which won silver. In 2004, he was inducted into the United States Hockey Hall of Fame.

Strelow became the NHL's first full-time goaltending coach when the Washington Capitals hired him for the job in 1983, following his years at the University of Minnesota and various Minnesota high schools. After seven successful seasons with Washington, Strelow spent three years with the New Jersey Devils, working closely with a young Martin Brodeur.

"He was a well-respected individual and well-respected member of the hockey community," Devils coach and general manager Lou Lamoriello said. "I knew Warren for many years and was fortunate to have had him as part of the Devils' family for three seasons."

During his decade with San Jose, Strelow shaped the style and technique of current Sharks goalies Evgeni Nabokov and Vesa Toskala, who both spoke on the phone almost daily with the coach even when his illnesses kept him home in Minnesota. He spent time in San Jose this season, riding a motorized scooter around the locker room to visit his players.

"We will miss him, but he will always be in my heart," Nabokov said before the Sharks' first playoff game against Nashville on Wednesday night. "He was just a great guy. ... The one thing he always wanted was a Stanley Cup, so we've got to give it to him."

Nabokov and Toskala continued to speak to Strelow over the phone in recent weeks, even when the stroke left the coach unable to reply.

Strelow developed a string of NHL goalies over the last decade -- including Nabokov, San Jose's starter since winning the Calder Trophy as the league's top rookie in 2001. Miikka Kiprusoff, a former Sharks backup who became a star with the Calgary Flames, also thanked Strelow in his acceptance speech for last season's Vezina Trophy.

Strelow also ran a respected summer goalie school in Minnesota for 30 years. He was admired for his innovative teaching techniques and fatherly advice and often became close friends with his students.

"He had unbelievable talent, but he was prepared every day, and his preparation and passion is what set him apart," said Sharks assistant general manager Wayne Thomas, who assumed Strelow's responsibilities when the coach was ill. "He knew exactly what to do. You'd wonder, 'Why is he doing this drill for 20 minutes?' Because it had to be done for 20 minutes."

His family plans to hold a memorial service after the postseason, the Sharks said.