MINNEAPOLIS -- Carolina Hurricanes star Eric Staal and his brother, Jordan Staal of the Pittsburgh Penguins, were arrested for misdemeanor disorderly conduct and obstructing the legal process at Eric Staal's bachelor party at a Minnesota resort. 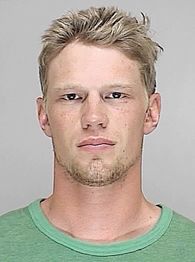 The Cook County Sheriff's Office said the brothers were among 14 arrested last weekend after authorities received several complaints about "screaming, yelling and playing loud music" at the resort in northeastern Minnesota, about two hours from the Staals' hometown of Thunder Bay, Ontario.

The sheriff said the group was warned multiple times before finally being ordered to leave the Lutsen Resort and Sea Villas in Lutsen, at which point the men gathered on a nearby highway and "began harassing motorists." That's when authorities arrested the group, around 4 a.m. Saturday.

"I didn't expect it would be any more serious than it is -- they're noise violations," said Rick Curran, the agent for both players.

Eric Staal, 22, is entering his fourth season with the Hurricanes. He is the highest-paid player on the team, making $4.5 million per season, and led the league in postseason scoring with 28 points during Carolina's run to the Stanley Cup championship two years ago. He had 30 goals and 40 assists in the regular season last year.

Jordan Staal, 18, was also charged with underage drinking. He had 29 goals and 42 points and led the league with seven shorthanded goals to make the all-rookie team last season.

"I think that the incident itself is obviously regrettable and everyone involved is pretty embarrassed, as they should be," Curran said. "It's an unfortunate example of what can happen when you get 15, 20 people together and there's loud noise." 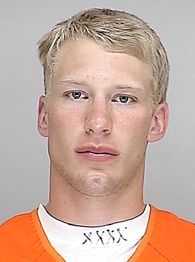 Hurricanes general manager Jim Rutherford said in written statement to The Associated Press that he had only limited information about the incident and would monitor the situation, "but I don't see it being an issue that affects us as it stands now."

Penguins GM Ray Shero said the team was "recently made aware of the situation involving Jordan, have reached out to him and are continuing to gather information. At this point, we all have to let the legal process play out. We will have no further comment at this time."

Curran said the brothers were among several partygoers who went to bed when authorities first gave the group a warning, and when authorities returned to kick the entire party out of the resort, they first had to wake the Staals up.

"What is unfortunate is at the end, the entire group was asked to leave the hotel, including Eric and Jordan and some of the others that had gone to bed when the first warnings came in," Curran said. "They were asked to go to bed, and they did. ... A couple of the kids kept going. That's what caused the continued disturbance."