The standings forecast below is based on the projected goal differential of each team as calculated by HP's VUKOTA statistical model, which includes factors such as past performance and player age. So who's the Stanley Cup favorite now? The offensive juggernaut that almost stopped that Kings-Hawks streak last year: Tampa Bay. 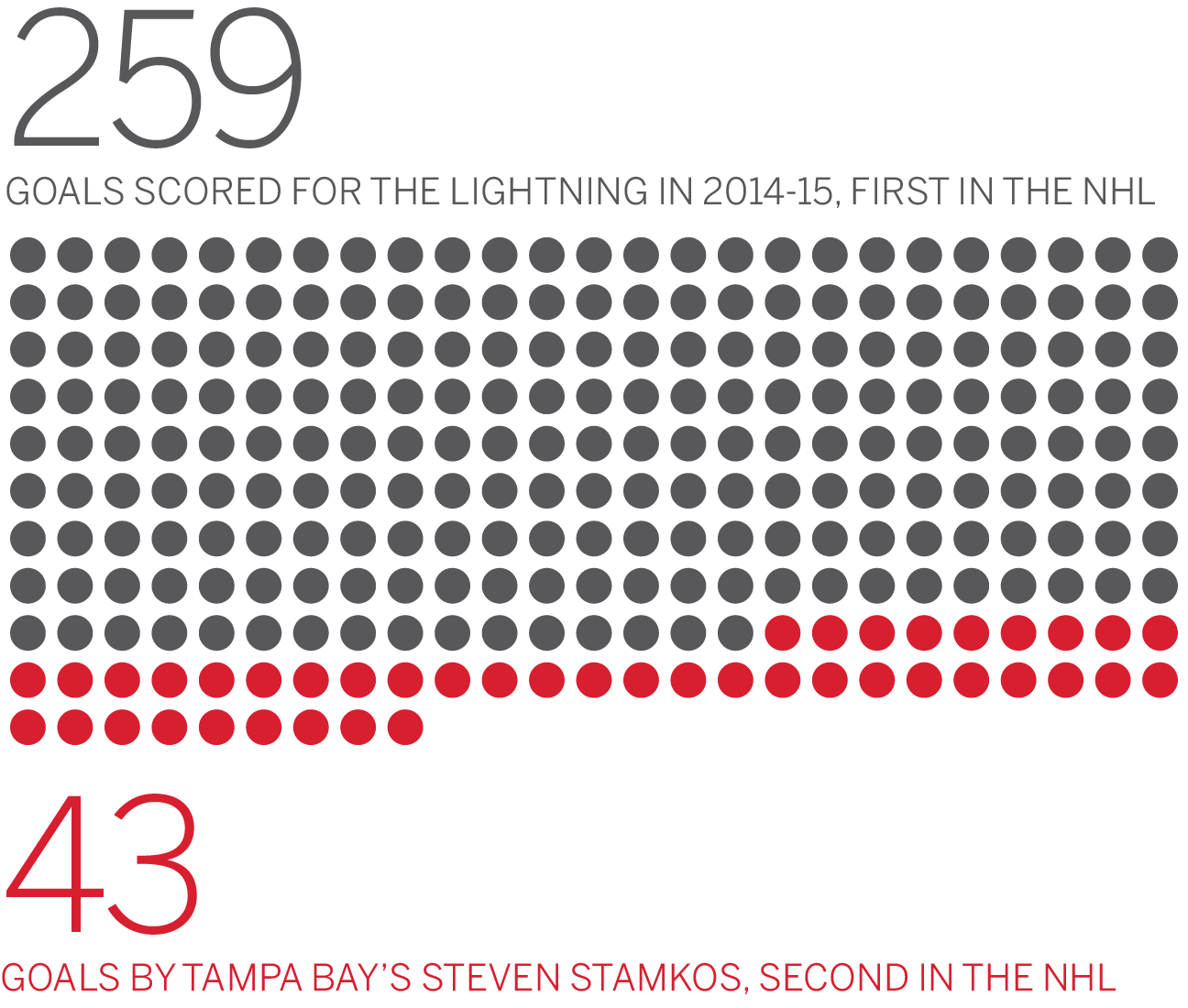 League leaders in 5-on-5 points per 60 minutes 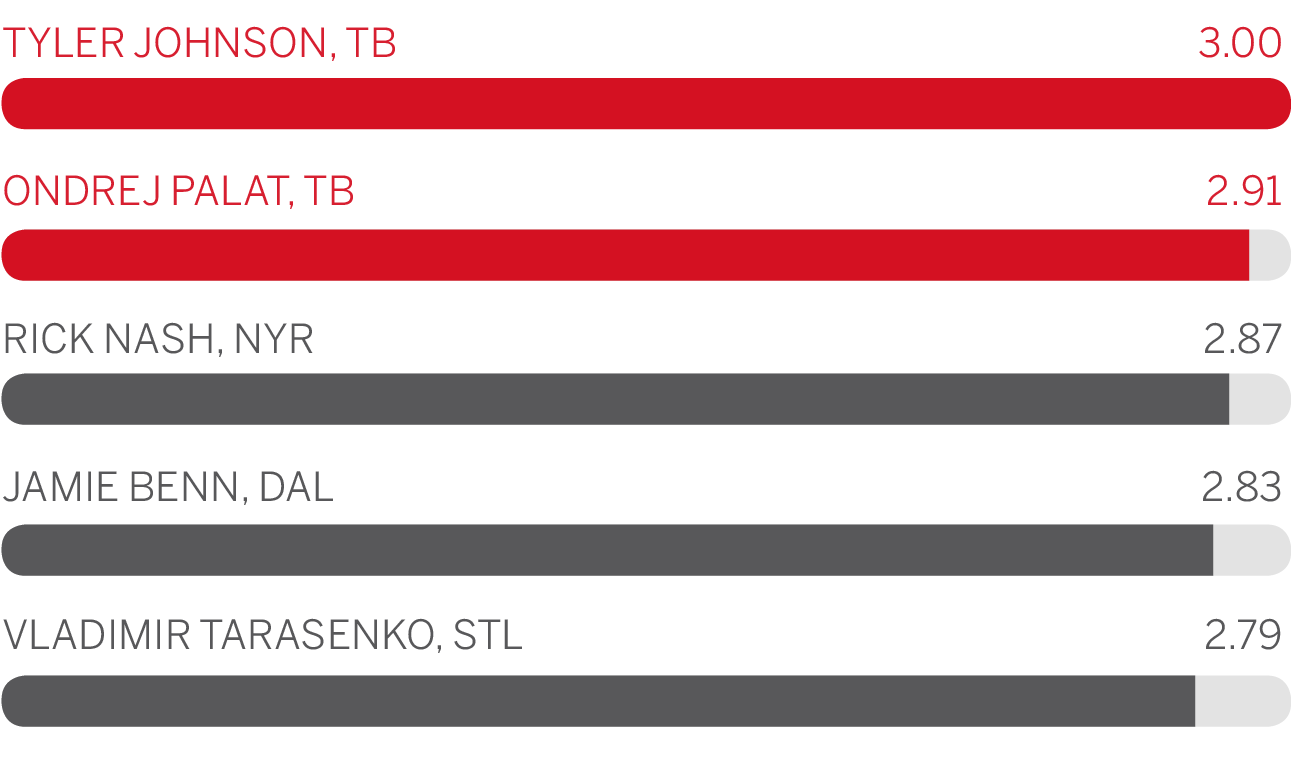 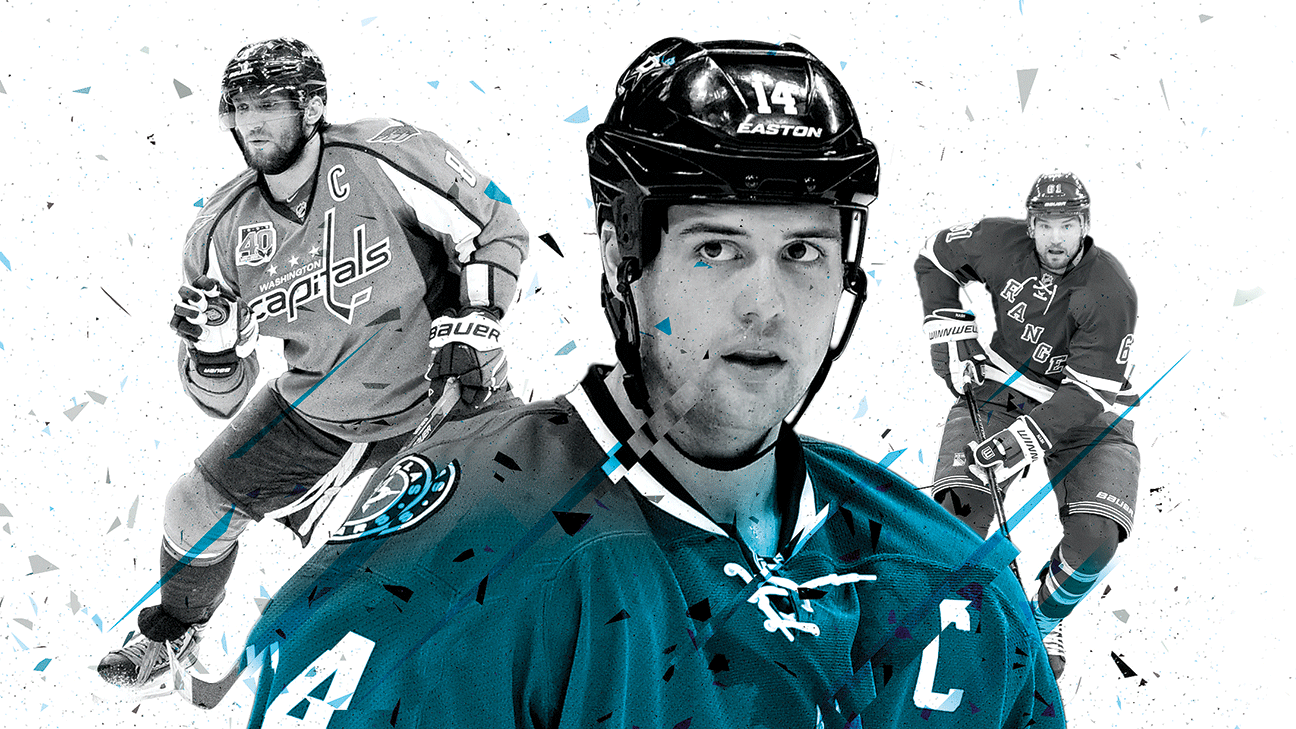 BARRY MELROSE SAYS: Boston isn't great anymore. I have to put Montreal in the playoffs here, not Boston. I don't think they are the Boston Bruins anymore -- especially without Milan Lucic, Carl Soderberg, Dougie Hamilton and Reilly Smith.

NEIL PAINE SAYS: Montreal isn't a Cup contender. The Canadiens' 110 points ranked second last season, and Vegas expects them to do well again. But VUKOTA isn't impressed: The team isn't especially young, and last season it leaned heavily on fleeting success to cover for deficiencies elsewhere. For instance, the Canadiens' Atlantic crown came largely on the back of a historic effort by goalie Carey Price (20th-best goal versus threshold by a goalie since 1951). But VUKOTA thinks he'll suffer the second-biggest decline of any player this season. And if you scale back Montreal's goaltending and special teams, the Canadiens were essentially average a year ago.

BARRY MELROSE SAYS: The Rangers will win the division. They're solid and are still the team to beat. They score enough in front of that stacked defense, and goalie Henrik Lundqvist is one of the game's best.

NEIL PAINE SAYS: The Islanders could be even better. After years of nearly uninterrupted futility, their third-place Metro finish surprised many. Breakout teams tend to regress, but the Isles have a recipe for sustainable winning. They were relatively young last season, with the goal differential (plus-21, excluding shootouts) and shot attempts percentage (52.8 percent, the percentage of shot attempts generated versus allowed, the stat formerly known as Corsi) to back up their 101 points. They weren't too dependent on goaltending or special teams, and their offense generated many chances while their defense had a knack for preventing them. VUKOTA says they can avoid backsliding.

BARRY MELROSE SAYS: Defensively, Nashville is one of the best. I'm a little worried about the Avalanche and think the Predators will jump them for a playoff spot in what I consider to be the best division. Nashville has Pekka Rinne in goal, and D-man Seth Jones looked great down the stretch.

NEIL PAINE SAYS: The Wild will take a big step backward. There's no denying Minny looked unstoppable in the second half of 2014-15, boasting the NHL's best record from mid-January onward. Despite the Wild's dominant 100-point record, though, they ranked just 17th in shot attempts percentage, compensating with special teams and Devan Dubnyk's dazzling play between the pipes. And no player is projected to regress as much as Dubnyk, whose 2014-15 season was wildly out of step with the rest of his career. The Wild's youth could help them defy the stats, but they might need more luck to return to the playoffs.

NEIL PAINE SAYS: Anaheim won't be the juggernaut everyone thinks it is. After winning 51 times (second only to the Rangers' 53) and coming within a game of the Cup finals, the Ducks are a vogue pick to challenge Chicago out West. But the numbers aren't as bullish. Despite their record, they were only plus-7 on goals after removing shootouts and ranked just 16th in shot attempts percentage. Anaheim's goaltending and special teams will probably improve, but VUKOTA also thinks Ryan Getzlaf and Corey Perry will slow down and is skeptical of the team's offseason acquisitions. That's why the Ducks' 2015-16 record will be closer to average than elite.