TORONTO -- The team that was built to beat Canada didn't beat anyone.

And really, this ending was just about perfect. If you're going to go down in flames, go all the way.

Team USA most certainly did, ending its disappointing World Cup appearance with a 4-3 loss to the Czech Republic on Thursday.

The American players were booed off the ice by the at the Air Canada Centre crowd at the conclusion of the game.

Team USA pushed back in a meaningless game after trailing by two goals through two periods of play, to at least avoid a meltdown reminiscent of the 5-0 loss in the bronze-medal game in Sochi during the 2014 Olympics, but it's very small consolation in a disastrous tournament.

They were given a spot in the easiest World Cup group, with Team Europe and Czech Republic the consensus No. 7 and No. 8 teams in this tournament. Team USA managed just three goals against those two teams.

During the second period against the Czechs, Team USA defenseman Ryan Suter scored an own-goal, one that gave the Czech Republic its second goal of the game and it was a moment that pretty much captured the whole tournament for the Americans. So many of their problems in this tournament were self-inflicted -- from questionable roster decisions to forgetting to show up on time against Team Europe in the opener, an underwhelming performance in which they never recovered.

Justin Abdelkader, whose inclusion on the first draft of the Team USA roster became a point of debate for those who disagreed with GM Dean Lombardi's plan, got a small bit of redemption with his first goal of the tournament, converting on a great feed from Dustin Byfuglien, but it was a rare highlight in this tournament for the Americans.

Team USA finishes 0-3 with a goal-differential of minus-6, which pushed Finland at the bottom of the standings. For a team that entered this World Cup with aspirations of winning it all, it's as disappointing a final tally as could have been imagined. 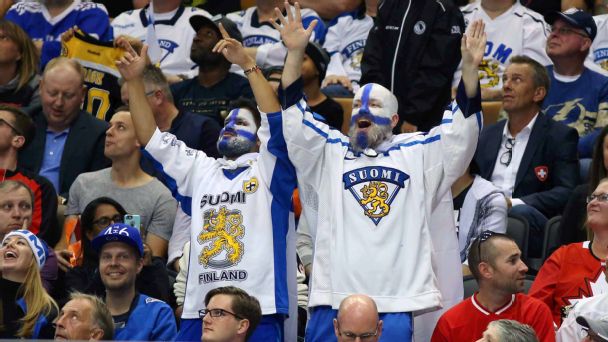 1. Milan Michalek, F, Team Czech Republic: Sure, one of his goals came when Suter inadvertently knocked the puck past Team USA goalie Ben Bishop, but he finished with two goals for a team that struggles to score. That's worthy of top billing. The Michalek family can leave this tournament with pride, with Milan and Zbynek combining for three goals in the game.

3. Ryan McDonagh, D, Team USA: His shorthanded goal gave the game new life and actually showed his team wasn't willing to roll over without some fight in the third period. There were a lot of problems with Team USA in this tournament, but McDonagh wasn't one of them. He ended up with the team lead in goals, with two.