BOSTON -- Ever since the NHL decided not to participate in the 2018 Winter Olympics, there's been speculation about how that decision affected its relationship with NBC, which holds the U.S. broadcast rights for both entities.

That speculation intensified when Mark Lazarus, chairman of NBC Broadcasting & Sports, recently told Sports Illustrated that an Olympic men's hockey tournament without the NHL was "bad for hockey everywhere." He cited a decline in ratings for those Olympic Games "in the high 20s or low 30s," but that the NHL regular season was also negatively impacted.

"Our numbers are off and if you look at the RSN numbers for every NHL team over this weeklong period, at least when I looked at it, all but two teams were off versus a year ago in this window. So it is not good for anybody's hockey ratings," he said.

NHL commissioner Gary Bettman was surprised by those comments.

"You know, with all of the things he has going on in South Korea, I was a little curious he was focusing on local team hockey ratings, but OK," said Bettman, speaking on a panel at the MIT Sloan Sports Analytics Conference on Friday.

He then claimed Lazarus's ratings claims "didn't make sense," in meticulously dissecting them as Bettman won't do.

"Mark said in the same article that it's also having a negative impact on [the NHL], because 14 out of our 24 U.S. regional ratings are down. That's a misuse of analytics. First of all, to look at a one week period during the course of the season ... the Olympics are apples to apples. Our schedule is apples to oranges. You gotta say, 'Who was playing, and when?' Four of the teams that played are down, not meeting expectations this season: Chicago, Detroit, the Rangers and Buffalo. Five of the teams, we're talking about a rating difference of two-tenths of a ratings point. That made no sense," said Bettman, who said there were also other factors at play.

"The others, you have to look at the schedule, because some of these were out-of-time-zone games. For example, if the Kings were playing on the East Coast and the games are shown locally at 4 p.m., and last season they were playing against San Jose in the same time zone ... it didn't make sense. It wasn't great use of the data."

The NHL and NBC are in the midst of a $2 billion deal that gives the network U.S. broadcasting rights through the 2020-21 season. 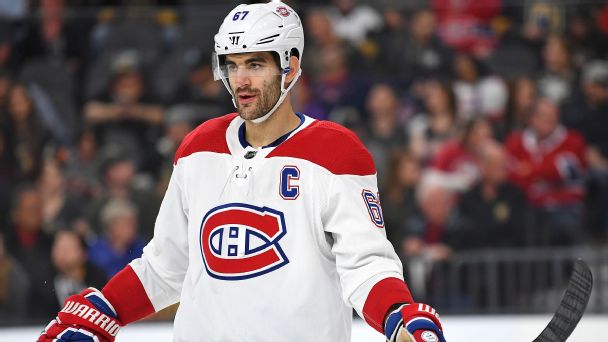 The NHL trade deadline is Monday, Feb. 26. Get caught up with all the latest moves, preview every team's assets and game plan, and much more:

As for the Olympics, Bettman said that any assumption the NHL skipped Pyeongchang but will go to Beijing in 2022 is unfounded, despite the NHL holding games there this season and next season.

"I don't know that we want to go to China. I think the Olympics are incredibly disruptive to the season," he said.

Bettman denied that the Olympics issue isn't just a bargaining chip used to better the NHL's deals with the IOC and the NHL Players' Association, and that the primary factor remains disrupting the NHL's regular season to participate. He said Major League Baseball, for example, doesn't stop its season for the Summer Olympics. Bettman also cited the fact that hockey began as a Summer Olympic sport in 1920.