John Tavares is poised to become the NHL's highest-paid player next summer. Will it be with the Islanders or another team? Here are all the places the prized center could land. 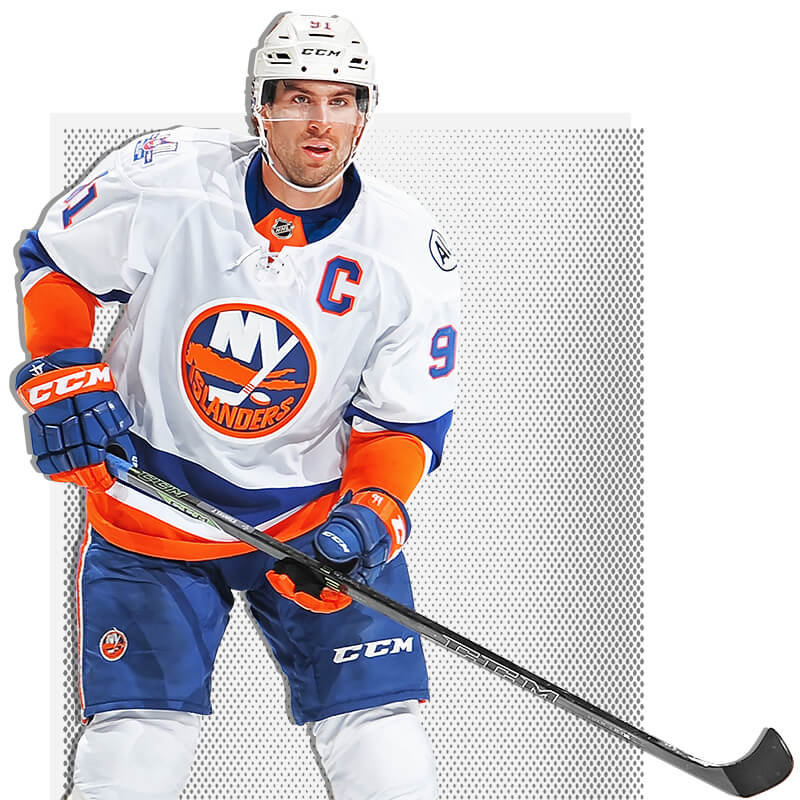 Why it could work: Tavares bleeds orange and blue. He has consistently said that he wants to lead this franchise back to Stanley Cup glory, and the pieces -- Mathew Barzal and Jordan Eberle and potentially Josh Ho-Sang and Kieffer Bellows -- finally appear to be in place to assist him in that mission. The big management shakeup, as Garth Snow was swapped for Lou Lamoriello, would appear to be an enticement. Off the ice, playing for the Islanders means the benefits of a huge media market while allowing the low-key Tavares to maintain a level of privacy. His home is in New York.

Why it might not work: The Islanders' proposed new arena at Belmont Park racetrack won't open until 2021 at the earliest, so it could be at least three more seasons of splitting time between the ill-fitting Barclays Center in Brooklyn and a renovated Nassau Coliseum. Everything seems on track, but Islanders fans know better than anyone to have a healthy skepticism about these matters. Is Lamoriello enough to convince Tavares that the team is on the right track? 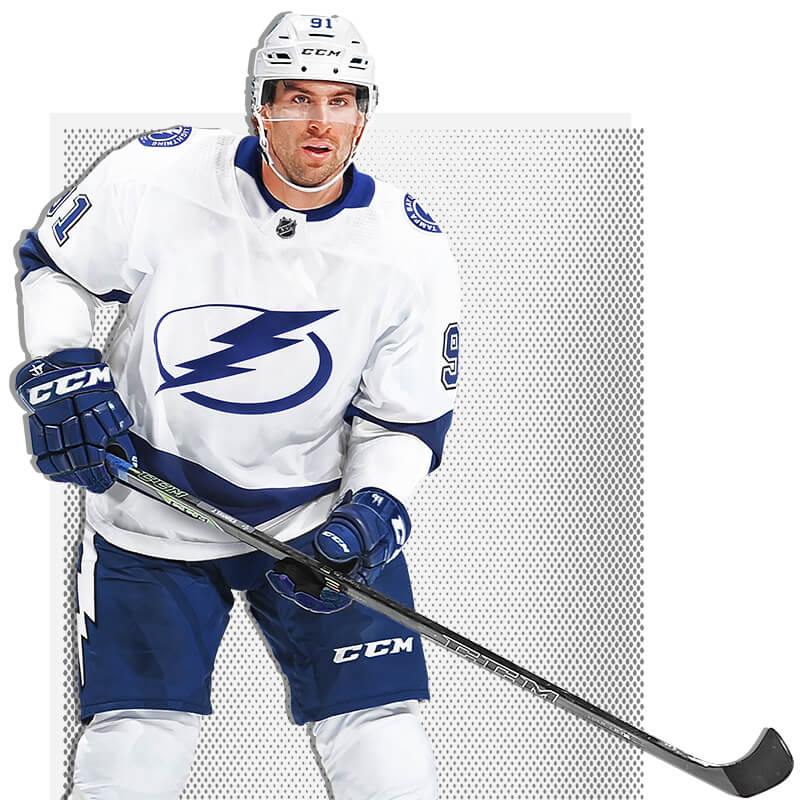 Why it could work: Lightning star Steven Stamkos is a close friend of Tavares', and there was talk in 2016 that they might team up with the Islanders. What about in Tampa? "The only thing I can say is that I relate to being in that position, going through a year without a contract," Stamkos said. Tampa is the kind of low-key market Tavares would love -- with year-round golf! Cap space is a concern, but the Lightning can create wiggle room if they jettison Ryan Callahan's $5.8 million hit (through 2020) or hit the upgrade button on Tyler Johnson, trading away his $5 million hit through 2024.

Why it might not work: Haven't the Lightning been down this road before? Back in the day, it was Brad Richards, Vinny Lecavalier, Martin St. Louis and Dan Boyle on a top-heavy cap. Assuming Tavares gets at least $9 million per season, the Lightning would have $25.375 million sunk into three players: Tavares, Stamkos and defenseman Victor Hedman. That's before Nikita Kucherov breaks the bank in 2019. Adding Tavares is tantalizing, but making sure there's enough money to address depth issues, especially on defense, is more important. 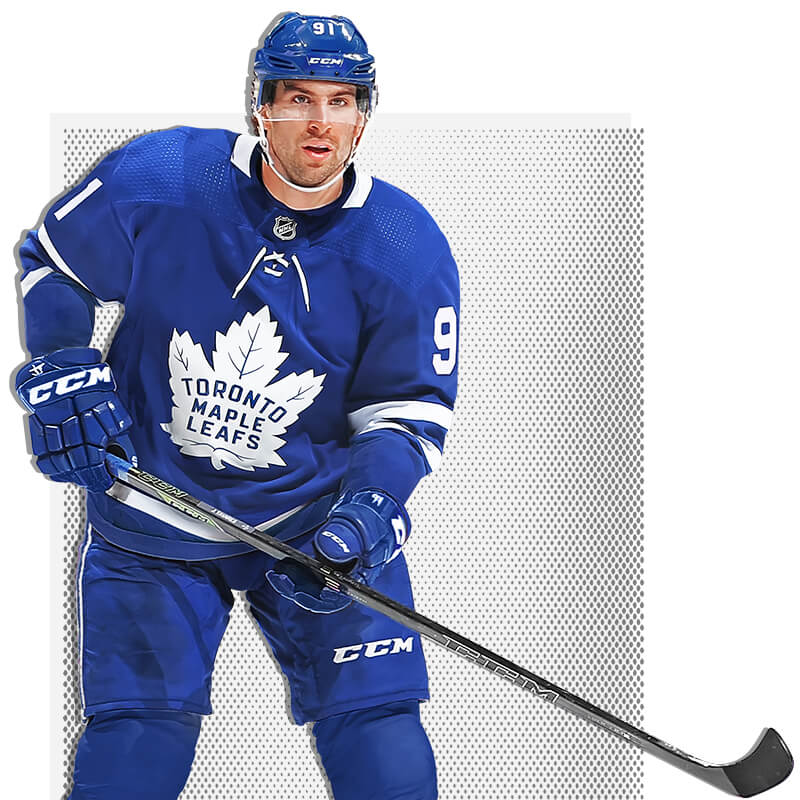 Why it could work: Hey, did you hear that John Tavares was born in Ontario and, as such, is required by law of the Toronto media to return to his place of origin to lead the Leafs to glory? Toronto has a Scrooge McDuck Money Bin of finances from which to pay Tavares, so no worries there -- especially since it could sign Tavares long-term and then fit the Connor McDavid-level payday due Auston Matthews in 2019 around that contract. There has also been speculation that Tavares would take a high-yield, short-term contract to win in Toronto, like he's Marian Hossa circa 2009.

Why it might not work: After losing in seven games to the Bruins, the Leafs have officially shifted from the "belly rubs for the new puppy" stage to the "searing criticism unless they challenge for a Stanley Cup" stage in the local media. This isn't a spotlight Tavares wants or desires. And though any team would be improved by the presence of John Tavares, perhaps the Leafs would prefer to spend that money on an elite defenseman. Say, Drew Doughty is available in 2019 ... and he's from Ontario! 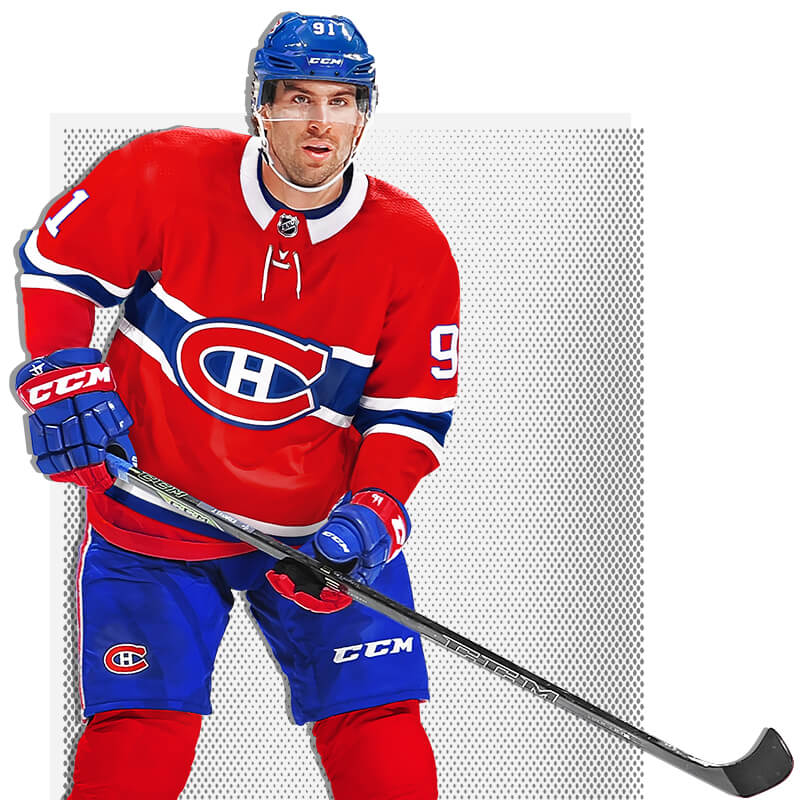 Why it could work: Desperate times call for desperate measures, and the Canadiens are very desperate. Their top defenseman is 32 years old. Their franchise goalie is 30 and recently signed a contract that pays him an average of $10.5 million annually until the sun explodes, basically. They have a gaping hole at center that Tavares would fill with ease. The Habs would have no qualms about dumping salaries to make room for Tavares should he decide to sign there. If he did, it would be a transformative move for the Canadiens, who have been chasing a No. 1 center since ... well, the less said about the Scott Gomez trade, the better.

Why it might not work: Montreal is another high-scrutiny market that just doesn't suit Tavares and his personality. While Marc Bergevin's relationship with Tavares' agent will get him through the door, his managerial record doesn't inspire much confidence. Plus, if Tavares signs for market value, the Canadiens could have more than $29 million of cap space committed to three players for at least the next seven years -- and two of them, as mentioned, are already over 30. If Tavares wants to win, why relocate to this sloppily built tension convention? 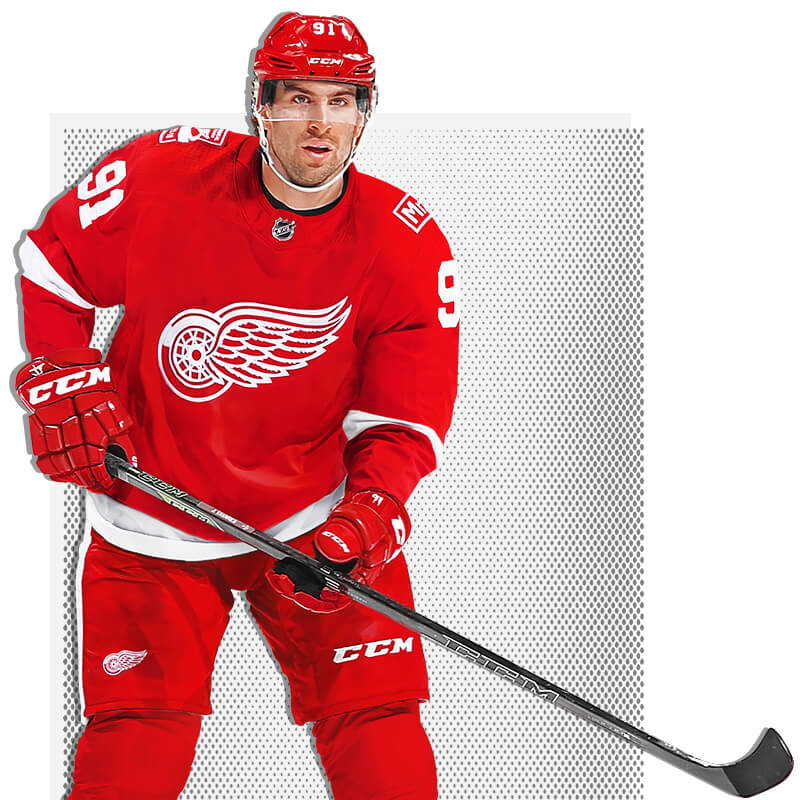 Why it could work: The Wings haven't had a Steve Yzerman-like player since, well, Yzerman retired. Tavares would instantly become the face of the Winged Wheel. Despite some recent managerial missteps, Detroit remains a gold-standard organization from ownership down. Tavares would have a friend and former linemate in Frans Nielsen. If uncertainty about an arena deal forces Tavares out of New York ... well, there's no such concern in Detroit, where shiny, new Little Caesars Arena just opened.

Why it might not work: It would be a downgrade for Tavares, as far as Stanley Cup potential. The team gave GM Ken Holland a new contract and a vote of confidence, but this is a youth movement reload. Yes, the Red Wings have some significant young pieces -- Dylan Larkin, Anthony Mantha -- in place, but they have a ways to go before they reach contender status again. 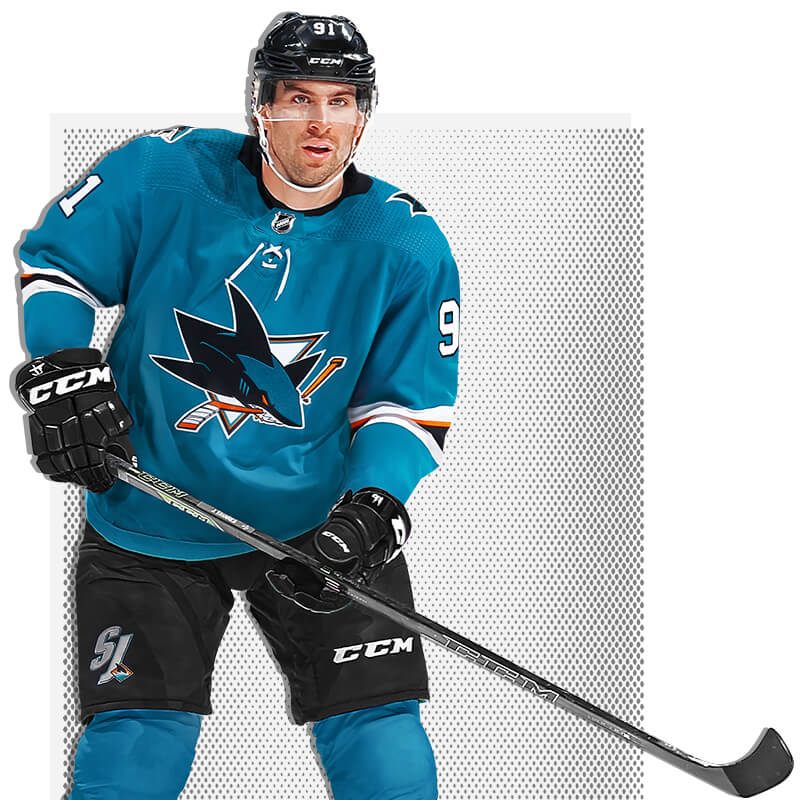 Why it could work: The Sharks are closer to a Stanley Cup than many teams in the Tavares derby, with a wide-open window for 2018-19. Adding Tavares to this incredibly talented roster would put the Sharks squarely on par with the Predators and Jets for Western Conference supremacy.

Why it might not work: Making the money work is going to require an absolute magic trick from GM Doug Wilson. Evander Kane was handed $7 million per year for seven years. Brent Burns and Marc-Edouard Vlasic make a combined $15 million through at least 2025. Logan Couture and Joe Pavelski are both due new deals after this season. Even if Joe Thornton doesn't suit up or takes a deep discount, the Sharks would need to move money out to sign Tavares and restricted free agent Tomas Hertl. From market and lineup perspectives, Tavares is an ideal fit in San Jose. Monetarily? Not so much. But for a top-line talent, one assumes the Sharks would make it work. 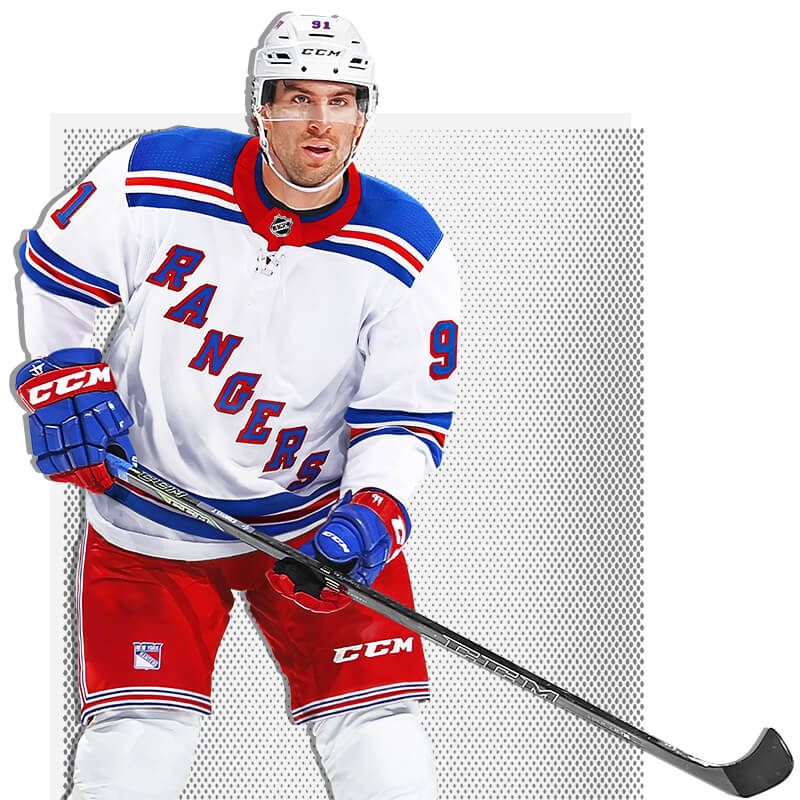 Why it could work: The Rangers have enough cap space to sign two John Tavareses next summer. Which makes one wonder: Will they follow through on the youth movement that management has proclaimed is their aim, with blue-chip prospects Filip Chytil and Lias Andersson on the way? Or could a Tavares-led Blueshirts team be a little more "win now and later" with Henrik Lundqvist in goal? Tavares would remain in New York, where he has lived for a decade. And we're pretty sure the Rangers will have an arena for him to play in.

Why it might not work: It's difficult to comprehend how a player so dedicated to one New York-area team could then sign with the rival Rangers. Tavares would be placing himself under a microscope he has done his best to avoid for years. There's no hiding when you're center stage at Madison Square Garden. OK, maybe he could hide in the smoke generated by Islanders fans burning his jersey in effigy the moment he's introduced as a Ranger, but that depends on which direction the wind is blowing off the East River. 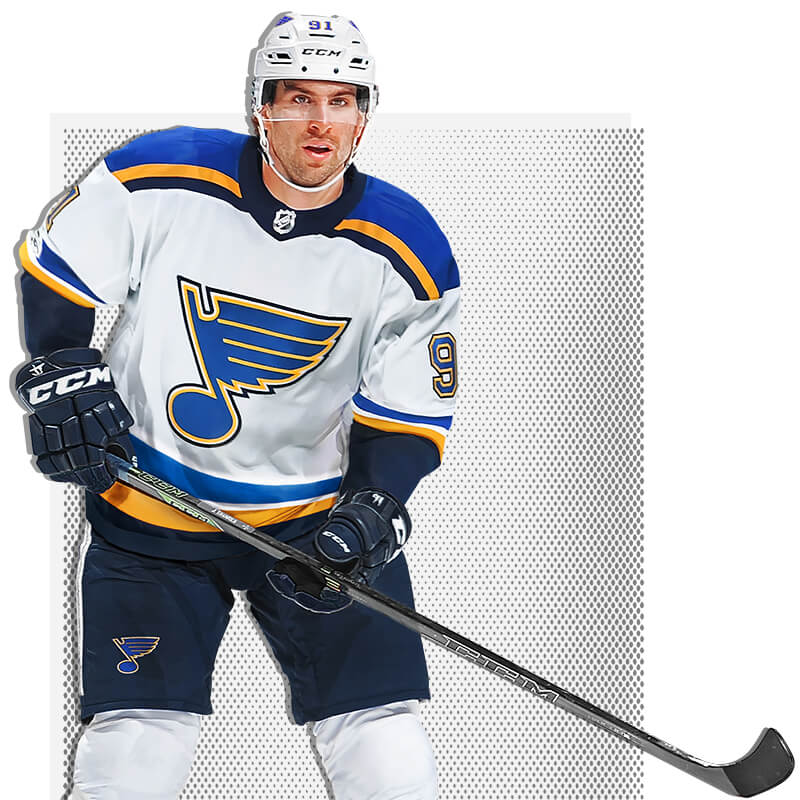 Why it could work: The Paul Stastny trade left a John Tavares-sized hole at center for the Blues. Tavares' arrival would give elite scorer Vladimir Tarasenko an elite center to work with, and vice versa for Tavares. It wouldn't take much to open the cap space to get Tavares in on a long-term deal with an organization that has a collection of players in their primes. Plus, ask any of the former Blues who have chosen to live there: St. Louis is a great low-key market to settle in.

Why it might not work: The Blues are the Blues. Tavares would be going from one organization that seemingly can't get out of its own way to another. The potential is there for the Blues to take the next step. But ask Zach Parise and Ryan Suter about committing long-term to a Western Conference team on a promise of "maybe" in exchange for a salary jackpot.