Nobody's perfect. Even the best teams in the NHL have some issues to work out, while the worst teams play a nightly game of whack-a-mole in an effort to address their many problems.

For this week's ESPN NHL Power Rankings -- voted on as always by ESPN's panel of experts -- we look at troubling trends for the league's 31 teams.

What's going on with the Nashville power play? The Preds are clicking at a 11.6 percent rate, worst in the NHL. They're not getting much production outside of the first unit, and players that have typically put up good power-play numbers (like Roman Josi) haven't gotten it going yet.

Mikhail Sergachev had 24 even-strength points in 79 games as a rookie last season. He has just three in 18 games this season.

The defensive pairing of Jake Gardiner and Nikita Zaitsev has had its problems, with a minus-37 in shot attempt differential and a minus-7.69 in relative goal differential rate.

Martin Jones has been a horror show at even strength during his first 14 starts of the season, with an .888 save percentage. The Sharks rank last in team save percentage at 5-on-5.

In 13 of the Wild's 18 games, they've allowed the first goal. Silver lining: They've won eight of those games.

The Jay Beagle effect? The Capitals are at 48.7 percent on faceoffs this season, which would be the lowest percentage for Washington since 2014.

Riley Nash wasn't exactly acquired for his offensive acumen, but one could reasonably expect he'd have more than two assists in 18 games. And be a little bit better than a minus-39 in shot attempt differential at 5-on-5, to be honest.

Rasmus Ristolainen has nine points in 18 games, but defensively it hasn't been the best start: The Sabres are shifting him around the lineup, and every pairing ends up on the negative side of goal differential at 5-on-5.

Nikita Zadorov's ice time is down dramatically from last season, and he played just 7:22 on Wednesday night, benched after a penalty.

No team has trailed after two periods more than the Flames, who have entered the third period with a deficit 13 times. The good news is that they've won five of those games. Part of the issue: getting outscored 22-10 in the second period through 18 games.

Vancouver has some impressive offensive weapons, but they've outshot their opponents in only six of their first 20 games.

It's an annual tradition in the NHL, commonly referred to as "Riding the PDO Train." The PDO is the sum of a team's shooting percentage and its save percentage. When it's too high -- like a team with a 104.76 PDO like the Islanders have -- it will regress to the mean (100) at some point. Fortunes change, luck runs out, and you just hope you've banked enough points beforehand. 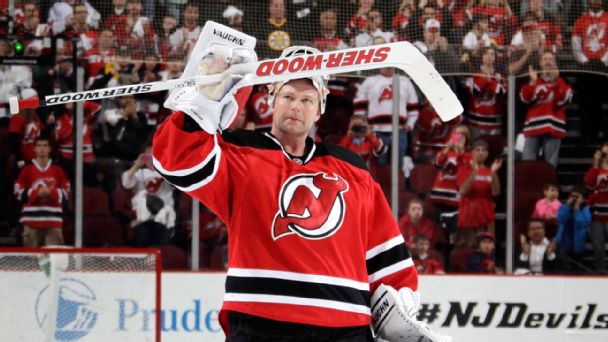 Greg Wyshynski and Emily Kaplan react to Tom Wilson's suspension being reduced from 20 games to 14 games (4:00). Greg recaps his time at the Hockey Hall of Fame induction ceremony. We play back Greg's conversations with members of hockey royalty that were on hand, including Wayne Gretzky (19:45). We play a HOF edition of "Sach Got Your Number" (41:00). Greg catches up with Bob Costas, to discuss his legendary career (42:40). Plus, "Phil Kessel Loves Hot Dogs," Puck Headlines and more! Listen »

What do Bryan Rust, Derick Brassard, Riley Sheahan and Matt Cullen have in common? They've scored one goal this season, as the Penguins' secondary scoring continues to struggle. Brassard, for what it's worth, has played only eight games due to injury.

Injuries, injuries and more injuries. Star defenseman John Klingberg is out for a month. Marc Methot and Stephen Johns have battled injuries. Connor Carrick is out. Devin Shore is out. Alexander Radulov is banged up. Martin Hanzal has yet to play a game.

The Canadiens have the league's ninth-best offense (3.22 goals per game) despite having the second-worst power play (13.0 percent success rate).

Shayne Gostisbehere has nine points in his first 18 games, down from his offensive pace from last season. Only four of those points are at even strength.

The Coyotes' defense has been terrific, with 2.65 goals against per game, sixth best in the NHL. Unfortunately, their offense is also averaging 2.65 goals per game, good for 28th in the league.

Milan Lucic has one goal since March 5. At some point things go from being "trends" to being "a sad reality."

That the Ducks are this successful with a shot attempt differential of minus-237 through 19 games is quite a boost to John Gibson's Vezina Trophy case.

In 15 games, the Panthers are 3-3-1 in one-goal games. Which is fine, we guess, except for the part where a team averaging 3.20 goals per game has seen nearly half of its contests decided by one goal.

There was a time when the Red Wings were among the least penalized teams in the NHL. Not anymore: The Wings average 10:33 of penalty time per game, seventh in the NHL, and are a minus-21 in penalty differential at 5-on-5. Gentlemanly Pavel Datsyuk frowns upon thee.

OK, so maybe Jonathan Toews won't end up winning that scoring title we all gave him after the first week of the season. He has five points in his last 13 games. He opened the campaign with 10 points in six games.

Many noted this preseason that Jake Allen's play would make or break the season for his highly touted Blues squad. Through 12 games, it's broken it, with an .882 even-strength save percentage, ranking him 46th among NHL goalies. But hey, it's still early.

Taylor Hall had 13 goals on the power play last season for the Devils in 76 games, leading the team. Through 16 games this season, he's yet to score one.

Through 18 games, the Golden Knights have a minus-11 goal differential in the second period. They were a plus-21 in that frame last season. But the Knights overall have that feeling of being up huge at the blackjack table, sitting there for another hour, and then having the house put you in a financial hole. That's their season.

Through 18 games, only one team was at less than 70 percent on the penalty kill. That team is the Senators, at 67.2 percent.